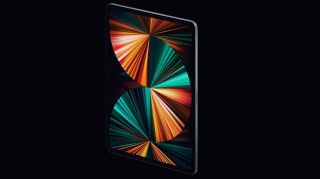 The iPad Pro 2021 is now officially confirmed, as it was revealed at the Apple event on April 20 alongside the new Apple AirTags and iMac.

The iPad Pro 2021 now features the M1 chipset that we’ve seen offer some top performance in the latest MacBook.

Plus, the larger variant of this new iPad Pro features a top screen as well with a 12.9-inch Liquid Retina XDR display.

We’ve heard a variety of new details about the upcoming tablet, and below you’ll find everything we know so far about the iPad Pro 2021.

Apple has revealed the new iPad Pro for 2021, and you’ll be able to get your own at some point during May. You’ll be able to pre-order the new tablet on April 30 around the world.

Before the launch, one leak suggested that iPad Pro 2021 stock would be limited at first. That may be the case, so you may struggle to be able to buy this tablet because of the ongoing chip shortage around the world.

Below we’ve put together prices for the Wi-Fi versions of the new iPad Pro 2021, but note that it’ll cost more if you opt for the variant with cellular support on top.

While in previous years the two tablets have been similar in spec, 2021’s models have the iPad Pro 12.9-inch offering better screen technology.

If you opt for the larger model, you’ll get the best display specs we’ve ever seen on an iPad. This is Mini LED technology, and it’s being marketed as Liquid Retina XDR,

What does that really mean? The specs being shown off by Apple include 1600 nits of peak brightness, a million to one contrast ratio and a 120Hz refresh rate. Its resolution is 2732 x 2048.

The iPad Pro 11-inch model is a touch lower in spec, with a more conventional LED screen, but it’s still offering 600 nits of brightness and a resolution of 2388 x 1668. Both sizes have a pixel density of 264 pixels per inch.

There don’t seem to be many design changes from the iPad Pro 2020 here, so expect a similar look to that product. Instead, Apple has focused on improving the internals of each iPad Pro. That said, the iPad Pro 12.9 2021 is slightly thicker than its predecessor at 6.4mm – other than that the dimensions of both slates are the same as the 2020 models.

Apple has now included the M1 chip from the MacBook in the iPad Pro, so this should make it the fastest iPad ever and it has the potential to make this one of the best tablets on the market.

This may also make it comparable to MacBook products in terms of its performance, but we won’t know for certain until we’ve got the product in our hands.

As for RAM, you’ll get 8GB with models offering 128GB, 256GB, or 512GB of storage, while models with 1TB and 2TB have 16GB of RAM. That top storage option is more than we’ve seen on an iPad before.

There’s a Thunderbolt port on the new iPad Pro, too. That means you can connect a variety of new gadgets to your iPad with support for up to 10Gbps Ethernet and other high-performance accessories, like external displays and fast external storage.

There’s also 5G connectivity on the new iPad Pro, so you’ll be able to connect to next-gen internet if you have a compatible service. If you live in the US, the new iPad Pro 2021 will offer mmWave connectivity too. It’s currently unclear for other markets around the world.

It’s worth noting that you’ll want to opt for the cellular variant of the new iPad Pro to be able to connect to 5G as well.

We’ve yet to hear how big the battery is in the new iPad Pro, but Apple claims this will offer “all-day battery life”, or for more specific numbers up to 10 hours of web browsing on Wi-Fi or watching videos. Exactly what that means in real life use won’t be clear until we get this product in our hands and we can run our own specific tests.

As for the camera, the front-facing one has had an upgrade. It’s now a 12MP f/2.2 ultra-wide one with a 122-degree field of view. This enables a new Center Stage mode, that lets the camera track you during video calls and make sure you always stay in shot – even when you’re moving around.

Apple hasn’t revealed any new accessories for the iPad Pro 2021, and instead it will be using similar accessories to what we’ve seen on previous products like the Magic Keyboard and the Apple Pencil – though the keyboard will be available in a new white color.

Most accessories for the iPad Pro 2021 will be available in sizes to suit either size model.