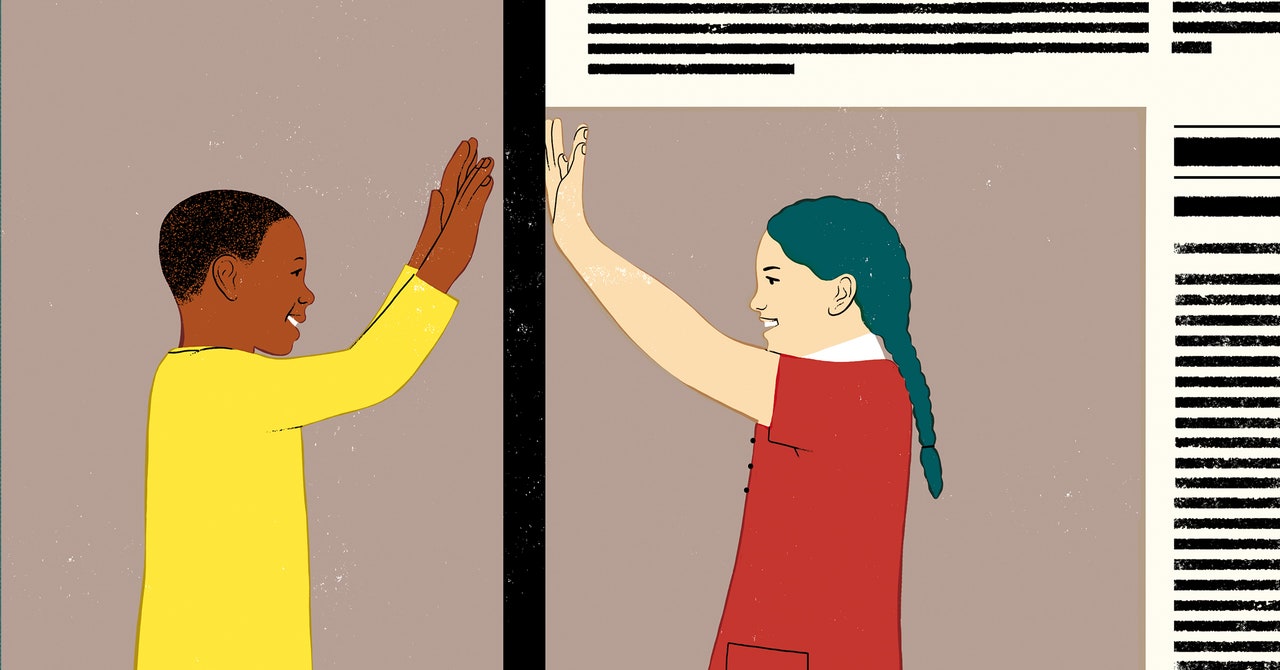 The day after San Francisco closed its schools, I noticed right away two children in my house. They were my children, I observed—not off getting educated but here in my living room, eating cereal, occasionally looking up at me. Texts from friends suggested similar situations all around town. Once in a while a stray bit of clarity drifts in, and on that morning, March 16, four days into what was officially but still only distantly a national emergency, I saw that 56 million children across the country were about to lose their minds.

I’m not talking about the intense boredom and unease their new isolation would unleash. Anyone half paying attention had seen that problem coming. What concerned me were the 7,000 other things going on inside our children, the complex internal rearrangements we wouldn’t begin to comprehend, let alone address, for years. Hell, we have no idea what’s happening in ourselves these days.

But adults have whiskey and teletherapy for managing our feelings. Most kids can’t manage a can of chicken soup. What’s more, they’re emotional ciphers. As a parent, you do your best to get out in front of any trauma they’re experiencing, but you have limited access to their inner worlds. Even in the absence of a global pandemic, a sideways glimpse is often the best you can hope for. Your kid talks about Minecraft and burping contests all day, and only in bed that night do you realize she was processing some awful thing someone mentioned about the Holocaust.

On the afternoon of March 16, as my son and daughter ate lunch, I dashed off an email to a handful of friends and neighbors with school-age children. Might their kids consider jotting down some impressions? A journalist with a slew of postponed assignments, I was now directing the impulse elsewhere. The internet was overflowing with news of the global variety: prospects for a vaccine, testing shortages, government ineptitude. I wanted to know what was happening locally—on kids’ blocks, in their homes, in their heads.

I was starting the country’s first local coronavirus newspaper by and for children, my email announced, to myself as much as them. It was early enough in the pandemic that such assertions were likely true; if you wanted to start the first coronavirus hedgehog club, the claim was yours to make. Kids would name the paper, and they could write about their experiences however they saw fit. My editorial policy would be yes.

In less desperate times, one of those parents might’ve asked whether I’d ever done this before, whether I even knew how to make a website. (No and no.) But sudden homeschooling is the mother of acquiescence, and everyone promised to pass along my invitation.

Our neighborhood, Bernal Heights, is a quirky little zone. Situated just south of the Mission, its working class and bohemian roots remain, though gentrification walloped us good; our main drag features both old-school nail salons and fancy artisanal shops. We’re squarely within city limits, but a small-town vibe runs through the place: The manager of the local grocery sits in a dunk tank at our annual fiesta, and kids wander freely, from the playground to the library to the enormous grassy hill rising up over the southeast side of San Francisco. And now those kids were locked indoors, wondering what they were missing outside, forming impressions about life inside. I figured I’d receive at least half a dozen haiku about Purell.

I was starting the country’s first local coronavirus newspaper by and for children. My editorial policy would be yes.

I awoke the next day to a torrent. My call for submissions had made the rounds, and then other rounds. Here was a local 8-year-old’s description of lockdown from a cat’s perspective, and a 6-year-old’s proposal for a social-distance-enforcing Hula-Hoop. A teenage data journalist created a map of Bernal’s struggling restaurants, complete with status and new hours. A 9-year-old wrote about going on a grocery run with his dad and seeing masks on so many faces. His piano lessons kept getting canceled, and he was afraid some grandparents might die. “I don’t know what the coming weeks will be like,” he wrote.