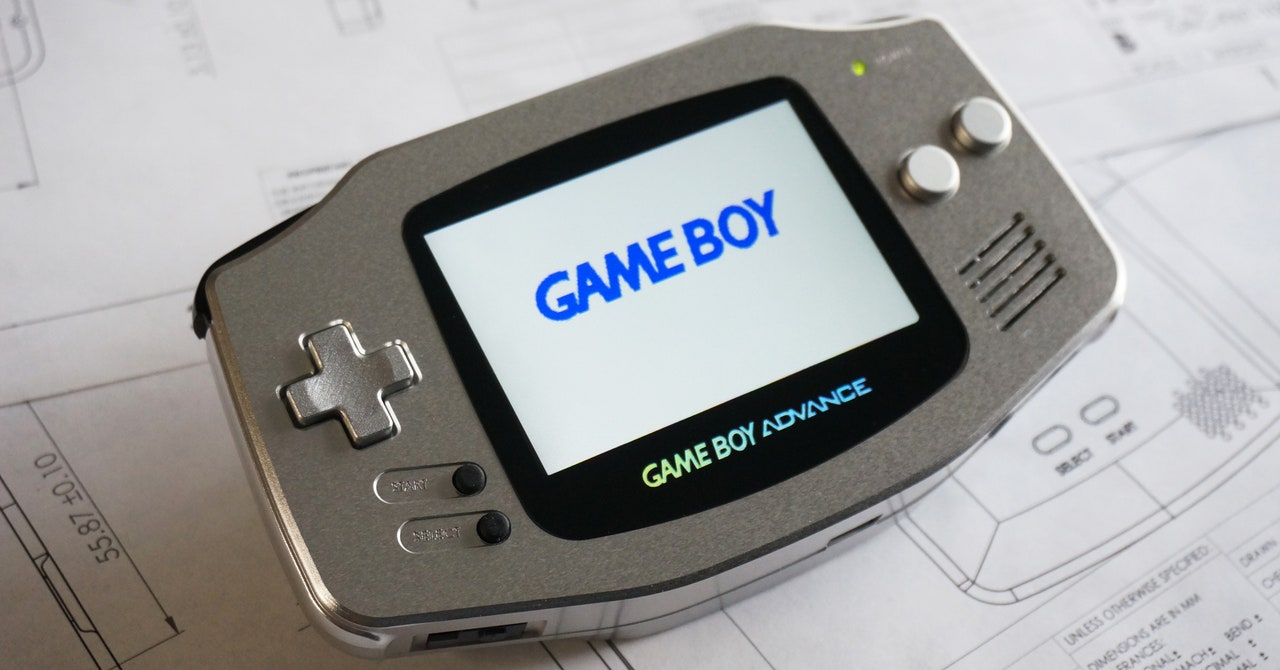 After 14 years of craning our necks and clipping on light attachments, we got our first light-up Game Boy in 2003 when Nintendo released the Game Boy Advance SP. This clamshell gadget packed a front-lit screen at first, and in later revisions labeled AGS-101, the Game Boy’s first backlit LCD. It was a revelation.

So, of course, Nintendo modders got busy figuring out a way to get that backlit display into older models. This was the first transformational mod in the console’s history, since it modernized the older Game Boys in a way that made them more playable and, in essence, brought the aged tech back to life.

While the display inside the AGS-101 had shallow viewing angles and less-than-vivid colors, it was the best option for the modders to use; given the odd shape of the hole for the screen in the Game Boy’s plastic body, there were only a limited number of aftermarket screens that could be slotted into the device. And using adhesive films or optical glue to add a light to non-illuminated screens had proven to be hit-or-miss; one early company that sold such a kit called Afterburner netted either spectacular results or ugly outcomes, depending on the skill of the installer.

“I mean, it was nice for a while when [the AGS-101] screens were nice and cheap … like 30 bucks or so,” says modder Makho, who goes by Admiral_Butter_Crust on Reddit. As an enthusiast, he’s tested and catalogued most commercially available Game Boy screen kits on his YouTube channel, keeping a notated and frequently updated document on Reddit. “I guess there was like a warehouse full of [AGS-101 screens] … Game Boy nerds bought them all. And stock ran out.”

So, it was the end of the road for the AGS-101 LCD. But where there’s a supply chain, there’s a way, and the Game Boy modding community got cracking on potential solutions. Realizing the screens they had been using were substandard and expensive, the modders were eager to experiment. “Let’s try putting some newer, better screens in there and see what happens,” says Makho.

In the Game Boy’s heyday, there were no software updates to download, games started up at once, and a fresh set of AAs was all you needed to keep playing all day.

Enter Ben Grimmett, who runs a boutique hardware shop called BennVenn that serves the Game Boy hacking community. Grimmett’s shop relied on the AGS-101 display for one of its products, a ribbon cable that adapted the display for use in the older Game Boy Color. “[The Game Boy Color installation] was complicated and required a fair degree of dexterity to modify the shells to accept an LCD almost as wide as the console itself,” Grimmett says. Modders needed to hack away at the plastic inside the Game Boy to fit the newer screen inside, and even then, it was a tight fit that required shaving every possible millimeter from the handheld’s circuit board.

“A few months into releasing the [Game Boy Color] mod we noticed the prices of reproduction AGS-101 LCDs starting to climb and original AGS-101 consoles being destroyed for the LCD.” Through his suppliers in China, Grimmett found a color LCD screen that was the perfect shape for the older Game Boys with square screens. In order to make it work, Grimmett had to whip up an adapter cable to let the new display talk to the old ‘Boys, and he had to add a custom-programmed chip that got the new screen perfectly in sync with the console’s circuit board.

After fine-tuning the design, Ben sent an early kit of the mod, dubbed Freckle Shack, to YouTuber KyleAwsm to debut on his channel.

“This LCD is out of … a Palm Centro 690 or something like that. So, like, a 2009 smartphone,” says Makho. These small TFT screens sell in bulk for a fraction of the cost of the ones sourced from the AGS-101 consoles.

For the Game Boy, Game Boy Pocket, and Game Boy Color, makers like BennVenn, Midwest Embedded, McWill, and a bunch of no-brand online sellers all came up with similar adapters and cables. The new wave of conversion kits all seem to feature the exact same surplus Palm Centro display. Some of the kits even can be fitted into a Game Boy without any cutting or gluing, making the procedure more accessible to gamers less inclined to take a Dremel tool to their beloved handheld.