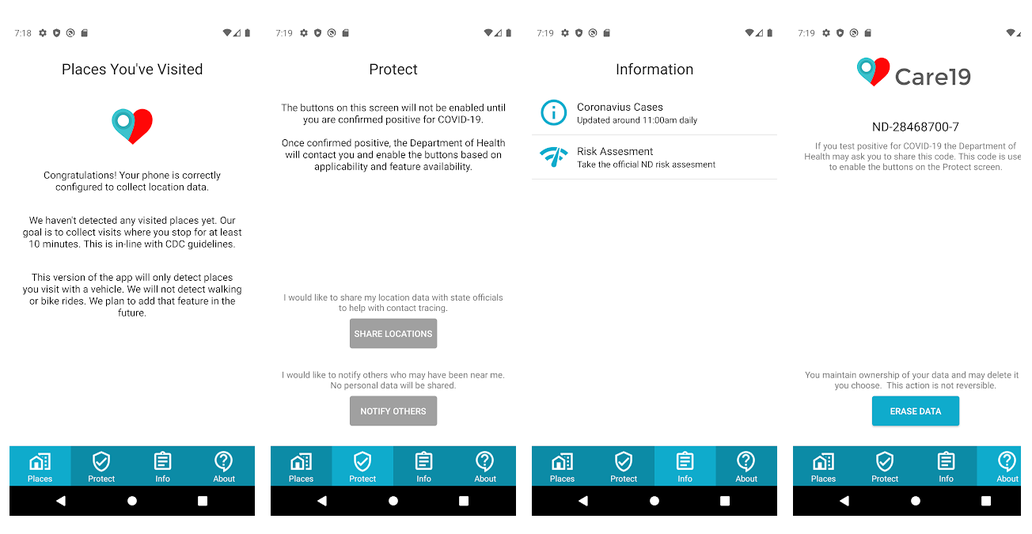 Contact-tracing apps have been hailed as a crucial tool in the battle against the coronavirus. But as states rush to release their own home-baked versions, not everything has gone to plan.

In late April, North Dakota Gov. Doug Burgum announced the release of Care19. The app, the result of a partnership between the North Dakota Department of Health (NDDoH) and developer ProudCrowd, aims to help slow the spread of the coronavirus. Unfortunately for everyone pinning their hopes on a quick technological fix, Care19 doesn’t always work as advertised.

“There are cases where we did not set expectations properly,” admitted Care19 developer Tim Brookins over email.

With a coronavirus vaccine estimated to be 12 to 18 months away, tech giants and elected officials are placing their hope in contact-tracing apps. Designed to track individuals’ movement and record when they cross others’ paths, a successful contract-tracing app — privacy concerns aside — could theoretically help health officials alert people who have been exposed to the virus, who could then be told to self-isolate.

According to its Google Play developer page, ProudCrowd’s other work consists of the Bison Tracker app, which enables “[North Dakota State University] fans to interact on their way to the big game.”

Even so, Care19 presents itself as the 21st century version of a tried-and-true public health technique that gained prominence during the HIV/AIDS crisis of the 1980s.

“Care19 uses state-of-the-art GPS location data to help trace the places you have visited,” reads the Care19 App Store description. “If you test positive for COVID-19, with your permission, this anonymous and confidential data can be shared with the Department of Health to more efficiently identify others with whom you were in contact with.”

For that to happen, however, the app has to work as advertised — which, according to scores of reviews on Google Play and Apple’s App Store, it does not.

“Made 5 stops in Bismarck >10 minutes & it didnt log any of them,” read one illustrative review of the Android version of the app. “But did log 3 entries at different times at same location on highway between my house & there. New April update missed 1 stop, and recorded 17 entries over 3 minutes while sitting in restaurant parking lot.”

The reviews on Apple’s App Store are equally disheartening. “Locations Not Correct,” “Terrible tracking,” and “Tracking appears to be inaccurate” are running themes.

If an app’s main goal is to record where you were and when you were there, not being able to accurately determine a phone’s location is a serious flaw.

According to Brookins, there’s an inherent tradeoff between accuracy and battery life.

“[Care19] heavily favors cell tower and wifi sniffing as those are the lowest power options by far,” he explained over email. “But if you are out in the country and there are no wifi hotspots to sniff, and you only have one cell tower in range (so you can’t triangulate three to get your location), then GPS is the only option.”

The question, then, is how often should the app — which runs in the background — check a phone’s GPS?

“[There] is no way the phone will wakeup every five minutes and spin up the GPS,” wrote Brookins. “It would drain your battery.”

Indeed, a helpful 2018 report by The Verge explains why GPS-dependent apps are significant battery drains (short answer: it’s complicated). So, as a byproduct of an effort to prolong battery life, the Care19 app overlooks certain types of visits.

“If a farmer in the country drives to visit his neighbor farmer and neither has wifi, we will likely miss it,” explained Brookins.

However, even if Care19 did rely on constant GPS pings, that might not be enough to accurately determine whether a coronavirus-positive person came into contact with others.

“If the phone did turn on GPS,” continued Brookins, “we might get a reading down to 20 meters, which is about as good as public GPS gets.”

WiFi is even less accurate, with Brookins putting that number at around 40-65 meters — or around half of a football field. In other words, your phone may record you as having been in contact with a coronavirus-positive individual, when you were in fact 65 meters away.

This presents an interesting dilemma: Is potentially misleading or inaccurate location data better than no data at all? Or, instead, could it actually muddy the waters and make things worse?

We reached out to the North Dakota Department of Health for comment, but received no immediate response. Notably, according to NDDoH FAQ page, the app cost tax payers nothing.

“ Existing IP was donated from ProudCrowd LLC,” reads the FAQ, “which donated its time and effort to bring Care19 to life.”

For his part, Brookins told Mashable that the negative reviews on the Google Play store and Apple’s App Store represent a small minority of Care19 users.

“We know from our telemetry that we are recording hundreds of thousands of visits a week for our 60,000+ users in ND & SD and the vast majority are happy with their experience,” he wrote.

Maybe so, but either way that experience is about to change. According to North Dakota’s COVID-19 response page, Care19 will soon “incorporate the joint Bluetooth proximity tracking technology that Apple/Google announced to be released mid-May.”

This tech, announced last month, eschews location tracking for proximity tracking. In other words, instead of recording where your device was, a contact-tracing app using this new cross-platform API determines what devices were near your phone.

Notably, this will require a fundamental change in Care19, as both Apple and Google have made clear that they will not allow apps that collect GPS data to use the aforementioned Bluetooth API.

Perhaps that’s for the best.

SEE ALSO: As coronavirus spreads, yet another company brags about tracking you

As the pandemic drags on, and shelter-in-place orders are slowly lifted (and possibly reinstated), Americans are likely to become increasingly desperate for something, anything, to free them from the prison that is this virus. By putting their faith in potentially problematic digital tools, with unclear privacy ramifications, they may merely be setting themselves up for another round of disappointment.

WATCH: Phone location data is being handed over to the EU to help track coronavirus 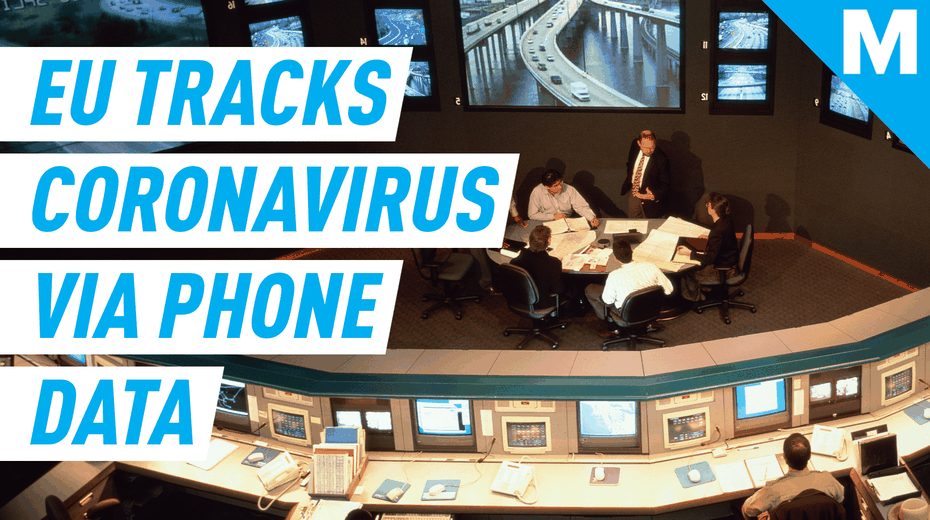