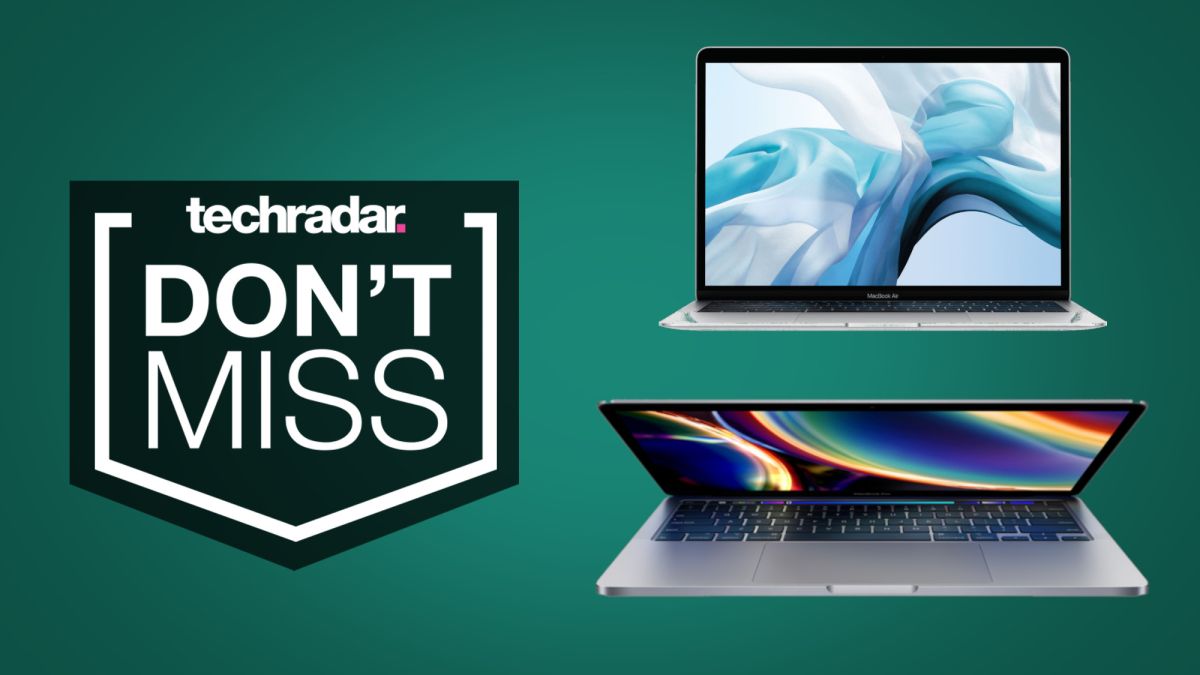 If you’re in the US or UK and have been holding off on buying that new MacBook deal for some time now, we’ve got some brand new Apple Sales from Amazon and Currys that might just be too good for you to resist.

At Amazon, we’re seeing the MacBook Air go for it’s cheapest price ever in the US at just $899.99 (was $999) – a $100 saving on the price that was set at release just a few months ago. There’s also a belter of a deal on this MacBook Air in the UK currently, with Currys selling it for just £949 (was £999) with free next day delivery. Both these deals are for the baseline model, which features a new Intel Core I3 processor, 8GB of RAM, and a 256GB SSD  – which is a significant upgrade over the measly 128GB the baseline 2019 model came with.

If you’re looking for a MacBook Pro deal specifically then you’re also being well catered for this weekend at Amazon. They’re currently knocking an astounding $300 off this 2019 MacBook 13 for just $1,498 (was $1,798) right now. Sure, it doesn’t have that fancy new ‘Magic Keyboard’ upgrade, but you cannot argue with the amount of raw power that’s being served up here for cheap – a 2.4Ghz Intel Core i5, 8GB of RAM, and a 256GB SSD to be precise.

We’ve thrown in a couple more excellent MacBook deals for your consideration just down below, including some even more powerful 16-inch models, so just scroll down to see what’s on offer. Also included are some non-US and UK deals, so if you’re visiting from another region, you’ll be glad to know you’re not being left out either.

MacBook deals in the US

Apple MacBook Air (2020)  | $899.99 at Amazon
With a $99 discount, this is the cheapest we’ve ever seen the new MacBook Air go for. You’re getting an upgraded 256GB SSD here instead of the measly 128GB that came standard on the older generation, as well as a brand new Core i3 processor and 8GB of RAM.
View Deal

Apple MacBook Pro 16 (2019) | $2,099 at Amazon
Save $300 on the ultimate design work station this weekend at Amazon. With a 9th Gen Intel Core i7 processor, 16GB of RAM, 512GB SSD and an AMD Radeon Pro 5300M graphics card, these are the top of the line laptops from Apple and perfect if you’re really serious about your productivity.
View Deal

MacBook deals in the UK

Apple MacBook Air (2020) | £949 at Currys
If you’re in the UK you can get an absolute steal on this 2020 MacBook Air at Currys with a £50 discount. Not only are you getting the latest Macbook Air for cheap here, but you can also get free next day delivery using the code FREENEXT at checkout.
View Deal

Apple MacBook Pro 13 (2020) | £1,192 at Amazon
Or, alternatively, if you’re looking for something a little bit more powerful there’s a stunning £100 off the brand new MacBook Pro 13 this weekend at Amazon. This is the base model with a 256GB SSD, 8th Gen Intel Core i5, and 8GB of RAM but it’s still a really powerful little machine, and we can’t argue with that price.
View Deal

Apple MacBook Pro 16 (2019) | £2,169 at Amazon
This 16-inch MacBook Pro is the most recent iteration featuring a Core i7 processor, 16GB of RAM, 512GB SSD, and an AMD Radeon Pro 5300M graphics card. This one’s definitely a hefty investment, but worthwhile if you’ve got the bucks and want something truly slick.
View Deal

The best MacBook deals in your region

For more options, be sure to visit our best MacBook deals page, where you’ll not only find a detailed model comparison, but also the best prices in all regions. We’ve also got a fantastic cheap laptop deals page, which you can check out if you’re finding the Apple sales a little too pricey and would like a cheap Windows alternative.