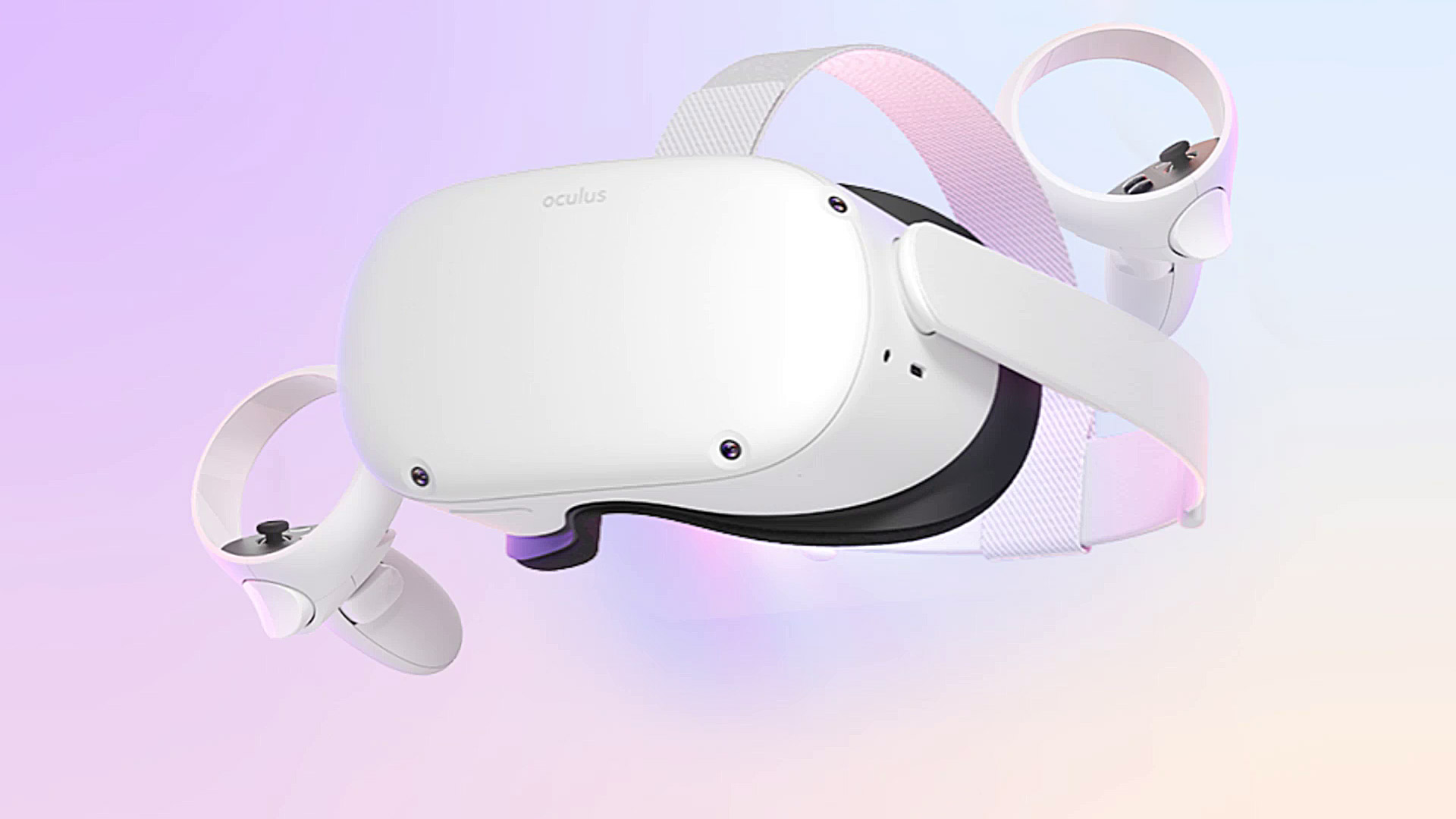 Oculus Quest 2 is all but certain. While the next-gen VR headset and Quest successor has yet to be formally announced, there have been so many reports, rumors, and leaks around it that we expect it’s just around the corner.

We’ve seen plenty of believable image leaks, which show off a lighter, slimmer model that’s likely to bring down the price point from what VR enthusiasts will have paid for the original Quest model, which launched in May 2019.

There’s a good case for a Quest 2 model. While the current Quest offers a great trade-off of price and performance – all in a standalone headset, meaning no wires are trailing to a high-end PC – it’s still not cheap enough to really hit the mainstream.

In a time when the PS5 and Xbox Series X are about to launch, too, Oculus will have to be very smart about pricing to make sure it’s undercutting the competition, or appealing people who’ll want to invest in VR alongside traditional consoles.

But what exactly will the Quest 2 cost, and what will it be capable of? At this point with so much up in the air it’s worth exploring every possible avenue Oculus could take with the Quest 2 – from its controllers and display technology, to its software, accessories and games.

Below we’ll run you through all the rumors and reports around the VR headset, when it’s likely to launch, what you’ll likely be paying, and how the hardware should improve on the current Quest.

There’s good news and bad news here. The bad news is that, frankly speaking, we don’t have a firm release date from Oculus yet. The good news is that, based on some reporting by Bloomberg, we have a rough idea of what it could be.

According to industry experts who spoke to Bloomberg earlier in the year, Facebook originally planned on announcing the Oculus Quest 2 at this year’s Oculus Connect.

We now know the expo is happening – albeit under a new Facebook Connect umbrella – on September 16. It’s very possible we’ll see a formal announcement of the Oculus Quest 2 here.

But the report also claimed the Quest was originally on course for a 2020 release, but had been delayed to early 2021 – something that would stop it competing with the launch of next-gen gaming consoles in late 2020.

As for price, well, we have a pretty good idea what to expect. Every headset Oculus has ever released has been available at launch for $399 / £399, and that isn’t likely to change much for the Oculus Quest 2, especially after Oculus had some of its best sales yet with the Oculus Quest.

Based on rumored features that price sounds right, but there’s always the chance Oculus could include a last-minute addition to the headset – like, say, 1TB of flash memory – that could substantially raise the price. It probably won’t happen, though.

Facebook could offer something slightly cheaper, though, given it’s been open about wanting to take VR to the mainstream. Leaked images of the headset seeming to show a slimmed-down model support that theory too.

The annual Oculus Connect conference is being subsumed within a larger Facebook Connect event looking at Facebook’s various VR/AR projects – and it’s likely this is where we’d get any official announcements around an Oculus Quest 2 model.

That said, combining these projects under one event banner could also cover up any lack of Oculus news this year. We’ll be reporting on the event either way.

Tech news website Nikkei has reportedly spoken to sources close to Oculus Quest 2 development, claiming that a new iteration was entering manufacture in July of this year.

What’s most telling, though, is talk of the production numbers. Facebook – which acquired Oculus back in 2014 – is said to be planning to produce two million units in the second half of 2020 alone, which is around twice the amount of VR headsets Oculus produced in the same period last year.

There have been issues in stocking supply for the Quest, so ensuring there are enough units to go around from launch seems a smart idea.

We’ve got our eyes on likely images of the Quest 2, courtesy of well-known tipster @h0x0d aka WalkingCat. The featured headset shows off a pink/white coloring – rather than the dour black design of the current-gen model – with a host of subtle aesthetic and functional changes.

First up is the strap, which appears to have ditched the Quest’s velcro for a simpler attachment solution, though how this will be adjustable isn’t immediately clear from the image. The headset definitely seems slimmed down, and this fits with our expectations of a cheaper model designed to bring Oculus Quest within reach of more budgets.

It’s still wireless, of course, which is the Quest’s main draw over the more powerful Rift S headset, which has to be tethered to a PC. Slightly adjusted camera positions, though, indicate that the field of view for hand-tracking could be wider than before.

Road to VR also notes the lack of a visible IPD slider – a mechanism for moving the screen to a position you can focus on more clearly – which could mean the Quest 2 is cutting costs with a single screen, rather than including one screen for each eye.

If you’re really in the know about Oculus Quest 2, you’ll know it as ‘Del Mar’ – Oculus’ codename for the next hardware.

According to people who have insider information, Del Mar will offer additional RAM, battery life and a faster processor, as well as some ergonomic improvements like a reduction in size and weight – but that’s as much as we know so far.

UploadVR and AndroidCentral corroborated the rumor that Oculus Quest 2 could feature an entirely new controller that makes improvements to the tracking, haptics and finger sensing technology inside the current hardware with developer documentation leaked by Facebook, so that seems like a fairly safe bet.

The highest item on our wishlist for the Oculus Quest 2 is full support for hand tracking – from the second you startup the headset to the time you turn it off. Now, obviously, we still expect most games to use some sort of controller, but it’d be great if you could navigate the UI and most of the pre-installed apps without ever having to pull out the controllers.

While we’re on the subject of improvements, it wouldn’t hurt for the next-generation Oculus Quest to have a slightly higher resolution… as long as it doesn’t compromise the refresh rate of the screen or battery life. I know that sounds like complete wish fulfilment, but all Oculus would need to do here is upgrade the processor inside the headset while packing in a slightly larger or more efficient battery.

That’s easier said than done and could compromise Oculus’ target price point, but as other headsets march forward with higher-resolution screens, Oculus will need to stay caught up.

One of the biggest flaws of the original Oculus Quest is that its battery life was incredibly short – roughly around two hours. That means there’s a huge opportunity for Oculus to double or even triple battery life in the next-generation headset.

That will be a challenge, obviously, but one of the ways that might be possible is by using Bluetooth LE or a similar technology that can transmit data wirelessly without a ton of power drain. It sounds like a longshot, but because Oculus owns both the hardware and software, it’s not out of the question to see some big improvements in this area in the Oculus Quest 2.

While Oculus is conquering the untethered market at the moment with the Oculus Quest, Valve is sweeping the PC-powered space with the Valve Index. There’s obviously a sizable difference in power and form factor between these two headsets, but one thing Oculus could do to level the playing field is make these next-gen controllers we’ve heard about capable of tracking every finger.

Why should Oculus make the change? Having all your fingers recognized in virtual reality makes for a more immersive experience, not to mention it opens the door to a number of new experiences that aren’t available on more limited headsets.

5. Also, an Oculus Link Cable in the box

One of the biggest benefits of the Oculus Quest is that it doesn’t need a powerful PC to power it. And yet, for the times when you’re at home, it’s nice to be able to connect the Quest to the PC to play Oculus Rift games that didn’t make it to the Quest. The not nice part? Paying $80 for the Oculus Link Cable accessory.

We certainly didn’t blame Oculus for charging for the wire this generation – it released after the Quest was ready – but $80 (£89, around AU$120) feels a bit steep. Hopefully Oculus will pack it in with the next headset or, at the very least, lower the price to something more reasonable.

While we’ve focused mainly on the hardware here, the future of virtual reality largely depends on the quality of the experiences you’ll get after buying a headset. The good news is that Oculus has one of the best studios in the business when it comes to funding and publishing VR games.

From Lone Echo to Lucky’s Tale to Asgard’s Wrath, nearly every title published by Oculus Studios has been a feather in the headset’s cap, and we’re hoping to see that trend continue on its next-gen hardware.

The Oculus Quest has been in and out of stock since the holidays last year – it’s so popular that they’ve become almost impossible to find. Whether that’s because Oculus can’t keep up with production or because Oculus is limiting production, that demand works in Oculus’ favor: it’s no secret that scarcity and word of mouth reviews are powerful ways to keep boost sales numbers.

That being said, if Oculus wants to make the Quest 2 the de facto VR headset, it needs to be able to keep the headset in stock. But they might already know that: one of the possible reasons Bloomberg cited for the delay is for Oculus to get more production units ready in time for launch – which, if that’s the case, seems like a very good decision on their part.