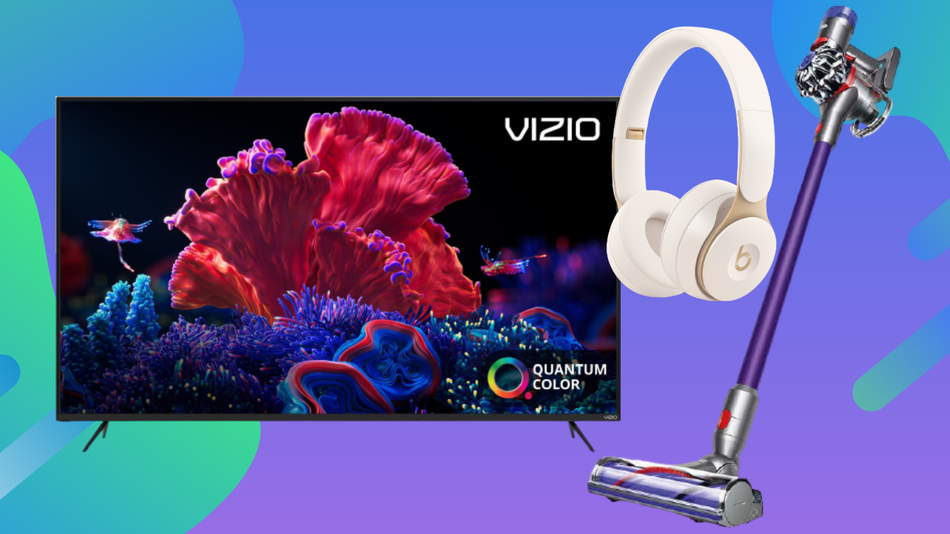 All products featured here are independently selected by our editors and writers.If you buy something through links on our site, Mashable may earn an affiliate commission.
By Leah StodartMashable Shopping2020-10-13 18:46:18 UTC

Oddly enough, Walmart is one of the best places to find good Prime Day deals. Walmart’s big sale taking place on the same day as the Prime Day kickoff isn’t officially affiliated with Amazon, of course — it’s called “The Big Save.” But it’s not the first year that the monster Black Friday retailer is taking advantage of another spending holiday (even if that holiday technically belongs to its competitor).

The Big Save is actually a great chance for Prime Day shoppers to compare prices and ensure that they’re getting the most out of their money. WalletHub found that Walmart had a bigger average discount (34.3% off) across sale items on the site than Amazon (25.4% off) during Black Friday 2019.

This trend could easily be applied to Prime Day as well. Now that the coronavirus has squeezed both of the year’s major spending events into a time frame of less than two months, the competition between prices on popular items like TVs and cooking appliances could be more feisty than in years when Prime Day is in July. We aren’t saying that Walmart has completely beaten Amazon at its own game — Prime Day almost certainly includes more items on sale, including Amazon’s artillery of Echo and Fire TV devices — but we are saying that if you’re searching for a cheap Chromebook for your kid, don’t settle for the $219 model that you found at Amazon.

Prime-like perks aren’t exclusive to Amazon, either. Walmart offers both next-day and two-day shipping on most items and its introduction of Walmart+ in September offers unlimited free delivery and fuel discounts.

The mass migration from the classroom to a last-minute desk set up in the living room has made cheap laptops one of the hottest items of the year. Online stock has finally replenished, and parents still looking for a reliable, cheap laptop for their kid can find one for just $199 at Walmart. Lenovo Chromebooks are some of the most durable Chromebooks for kids and the S330 can last an entire eight-hour school day on a single charge.

Other laptop and tablet deals at Walmart:

The Nintendo Switch has been an elusive beast since March — constantly selling out since everyone decided that it was the device to have during quarantine. Now that most of us have our mitts on the console, it’s time to focus on the arsenal of games. Super Mario Party is $20 off and the ultimate entertainment for bored roommates, or you can join the Animal Crossing fun for less than the usual $59.99 when you add the physical game to your cart.

Other deals on Switch games at Walmart:

For a while, the Ninja Foodi held one major win over any Instant Pot model. Now that the Duo Crisp, the Instant Pot that can air fry, exists and is on sale for $99, the Foodi lacks the extra “wow” factor to justify its steeper price. The Duo Crisp can also pressure cook, slow cook, roast, dehydrate, sous vide, and more (it has 11 appliance functions in total). The methods that require the detachable air frying lid are circled right on the panel of buttons.

The 6-quart Duo Crisp model is nowhere to be found on Amazon, so there, you’d be spending $119.99 on the 8-quart model. (An incredible price, but not the same zing that scoring the air-frying Instant Pot for less than $100 has.)

Other kitchen deals at Walmart:

Bottom line: If you see a Dyson vacuum for less than $200, cop it. Dyson’s notoriously expensive cordless stick vacuums are so sought-after because they’re easy to whip around and easy to store. The V8 Animal+ was specifically engineered for homes with pets, with multiple high-suction cleaning motes, a rubber brush roll (instead of bristles) that doesn’t tangle hair, and a HEPA filter. The V8 has stronger suction and longer battery life compared to the most affordable Dyson, the V7.

Other vacuum deals at Walmart:

Beats aren’t the obnoxious, bass-pounding headphones that they were in 2008. They’re classy and competitive with the best from Bose and Sony — the most recent evidence of that being the Beats Solo Pro. These matte beauties take the pristine noise cancellation beloved in the Studio3, now packed into a practical on-ear design. Like AirPods, Beats use Apple’s H1 chip and pair near instantaneously with iPhones. Only the light blue and red iterations are on sale for $179.95, with the more neutral shades going for $229.95 (still a $70 discount).

Other headphone deals at Walmart:

During savings events like Prime Day and Black Friday, Walmart is the place to go to get a small, cheap TV. Its biggest deal last year was a 50-inch 4K TV for less than $150. We haven’t seen that exact deal make a return, but we have seen competitive pricing. This 50-inch Sceptre TV is on sale for $199.99 and this 70-inch Element TV is on sale for $499.99 — $20 less than Best Buy’s ultra-low sale price on a 70-inch Samsung TV.

Other TV deals and streaming deals at Walmart:

Let’s be real: The Apple Watch has been the best smartwatch on the market since the Series 3 came out in 2017. Since then, it’s gotten upgrades like an always-on Retina display and an electrical heart sensor. But the Series 3 still holds its own as a watch for runners and as a fitness tracker in general against newer models from other brands — and that’s why Apple hasn’t phased it out of the Apple Watch lineup yet.

Other smartwatch deals at Walmart:

The ability to Google something aloud is one of the most convenient (albeit extra) additions to any home. With the Google Nest Hub on your desk or kitchen counter, you can inquire with Google Assistant about the weather, traffic, or live news updates, or ask for a specific song or TV show on Hulu while elbows deep in a bowl of pizza dough.

Other smart home deals at Walmart:

If the recent Instagram stories of the toddler parents you know are any indication, light-up spinning bumper cars will be 2020’s hottest holiday toy. If you’ve been eyeing one for your kid, the Kidzone bumper car comes in just about every color and are all on sale for $149.96. There’s a seatbelt, of course, and kids can be in charge with control of the 360-degree joysticks.

Other toy deals at Walmart: