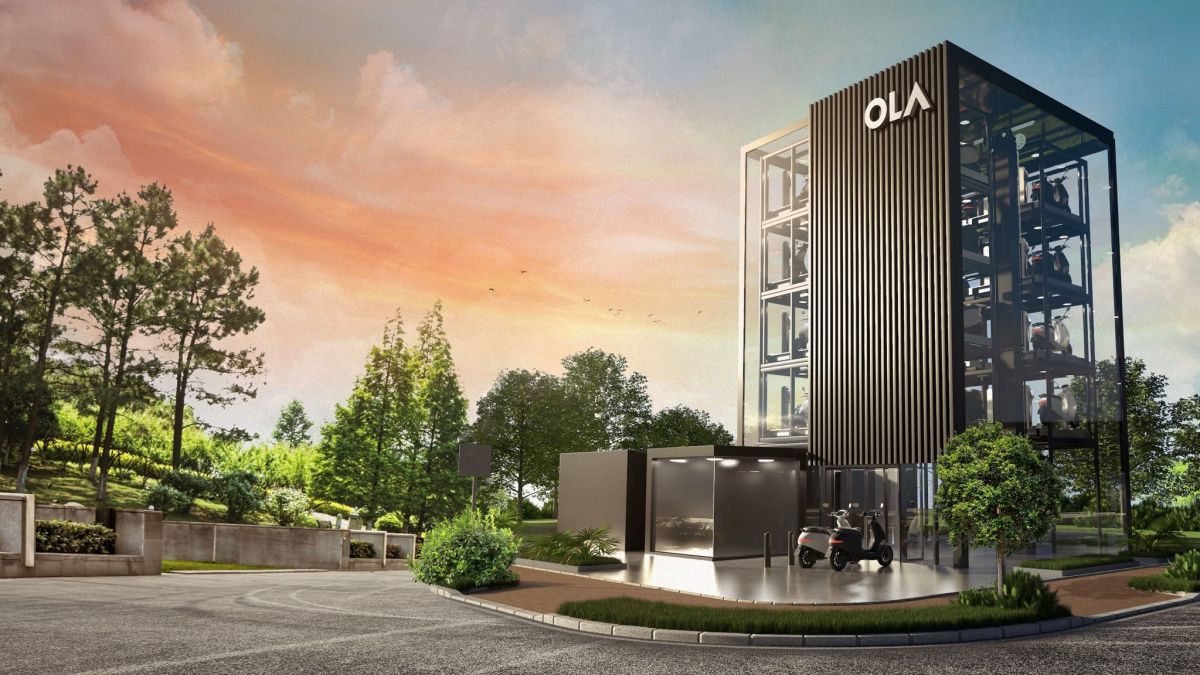 The Ola electric scooter will launch in India in July, but it isn’t the only big project in the pipeline. The company has announced plans on setting up the largest two-wheeler charging network in the world.

Ola Electric is already in the process of building the largest two-wheeler plant in the world in Tamil Nadu, which will have a capacity of producing more than 10 million electric scooters each year. It acquired Dutch mobility company Etergo to kickstart its operations. To further help EV adoption, it has an audacious plan — the Ola Hypercharger Network.

Claimed to be the world’s largest, densest and fastest charging network for two-wheelers, the Ola Hypercharger Network will comprise more than 1,00,000 charging points across 400 cities in India. In the first year itself, it plans on having 5,000 locations across 100 cities up and running.

While details about the upcoming scooter are yet to be revealed, a Hypercharger will be able to go from 0 to 50% charge in just 18 minutes – adding 75 km of range to the Ola electric scooter. This implies that the EV will have about 150 km of range on a full charge.

The entire project will call for an investment of $2 billion in India and should help with range anxiety, which is a common issue with electric vehicles. The charging stations will come in two formats, vertical multi-storeyed towers and standalone chargers, based on the area and demand at a location. Each Ola Electric scooter will also come bundled with a home charger that plugs into a regular socket for convenient overnight charging.

A full charge at any of these stations will take less than an hour — similar to what the Ather Grid offers for the Ather 450X electric scooters. Ola hasn’t mentioned if its network will be open and compatible with offerings from other OEMs.

However, Ola’s Hyperchargers raise more questions than answers. For electric vehicles that are meant to last for many years, regular fast charging is the fastest to degrade a battery’s capacity over a period of time. Of course, it is another matter that most smartphone companies have sold fast chargers for some time now.

It’s unclear how this physics constraint will be taken care of. By the looks of it, it doesn’t seem like the scooters have a removable battery, which means consumers are likely headed towards a big to get the pack replaced, few years down the road.

Moreover, other brands have struggled to find feasible locations for their charging infrastructure in metro cities, where parking spaces and open lots are difficult to come by. Finding places for dozens of multi-levelled structures with a single use will be a mammoth challenge.

The development comes just a day after Hero MotoCorp announced its plan to set up the world’s largest network of battery swap stations for EVs in India, in partnership with Gogoro.