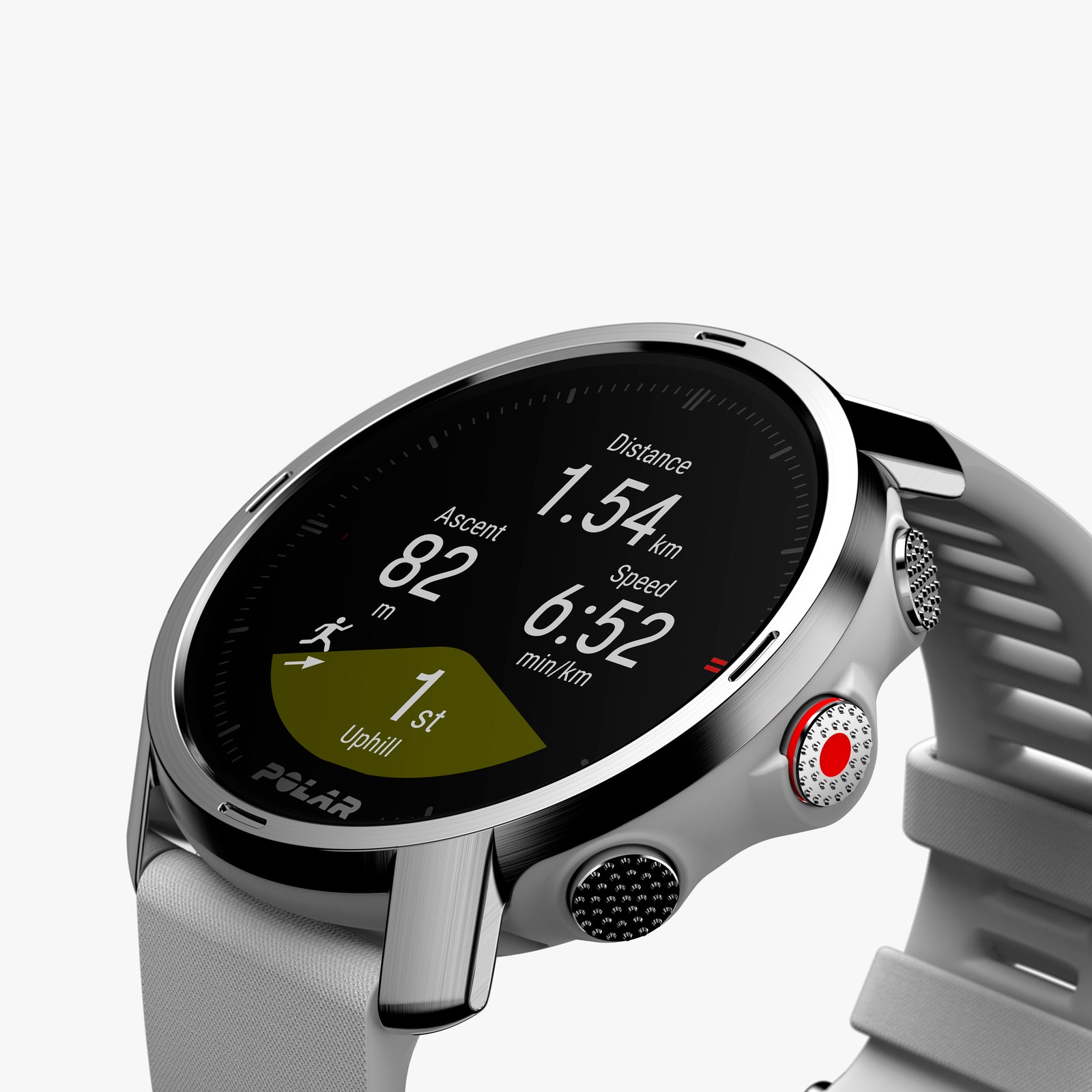 Every endurance athlete fears the dreaded bonk. There you are, running without a care in the world, when all of a sudden your body crashes. Abruptly, you metamorphose from a capable person into an immobile sea anemone, your useless tentacles waving wildly.

Marathoners call it “hitting the wall”, but it can happen in any sport for any number of reasons. Maybe your blood sugar crashed or you forgot to sip water. Maybe the wind was much harder than it was in training, or your new protein bars don’t have as many calories. Figuring out the precise amounts of fuel you need, and when, can take years of experimenting.

Fitness wearable company Polar thinks it has figured it out. Its latest sports watch is geared toward serious endurance athletes, with a new feature called FuelWise that allows you to program smart or manual reminders to eat or drink. It has a few big flaws, but I still like the Grit X a lot.

If all fitness wearables were high school stereotypes, Garmin would be the burly jock, Fitbit the prom queen, and Polar the lovable nerd busily programming their graphing calculator.

Polar Flow isn’t the most attractive app or the easiest one to use, but on the watch, it’s one of my favorite training platforms. The training program, called FitSpark, is adaptive, which means it adjusts according to the exercise you’ve done or want to do.

First, you take the onboard fitness test, which estimates your aerobic fitness by measuring your heart rate and heart-rate variability while you’re lying down, and takes into account other factors like your age, gender, height, and body weight. It’s a (very rough) estimate of your VO2 max, a measurement that our editor in chief, Nick Thompson, calls “the size of your car’s engine.”

Once the Grit X has measured your fitness level, it will determine which workouts can maintain or improve it. It remembers my previous exercises and suggests that today might be a great day for strength conditioning versus cardio or stretching. If I click Yes to improve my strength today, it suggests bodyweight training. If I don’t have my own routine, it will suggest specific exercises, like squats or sit-ups.

Unlike most fitness platforms that are very prescriptive—you either pay attention to the recommendations or you don’t—the Grit X will accommodate any decisions I choose to make, whether I want another day of cardio or different strength-building exercises. It also took into account my sleep patterns (or “nightly recharge” in Polar-speak) to recommend what kind of exercise and intensity of workout to do.

When I did record exercises—I ran, did yoga, went on walks and hikes, and biked—I didn’t experience lag time or inaccuracies with the GPS recording for outdoor activities. I didn’t find any discrepancies in the mileages, maps, and heart rates on established routes as recorded by various Garmins. The sleep tracker was also pretty accurate. It told me when I had a poor night’s sleep after a cocktail and a great one without.

Lost in the Woods

Unlike other Polar watches I’ve tried, like the Vantage M and the Ignite, the Grit X is a backcountry watch and Polar’s attempt to go after the hardcore Garmin fans. It has a 1.2-inch color touchscreen, with a sport strap and five buttons around a stainless steel bezel. Better yet, it can survive up to 40 hours with the GPS running, and otherwise around four to five days on a single charge.

But here’s the major flaw with it: There are no onboard maps. I get lost in the woods by stepping 10 feet off a trail to pee. I’m not going to buy a watch for use in the backcountry that doesn’t come with maps. The Grit X does have a compass, and it integrates with the Komoot app for route planning. But adding Komoot to the watch and preplanning routes is a pain in the tuchus. Also, I don’t always follow preplanned routes.

It’s an ambitious, interesting project, but your body already has a pretty sensitive system for alerting you when you need to eat or drink. These reminders are called “thirst” and “hunger.” In the few long bike rides and hikes that I was able to take with the Grit X, my mouth and stomach tended to ping me before the watch did. FuelWise reminders might be useful on long runs when you’re in the zone, but for many athletes, I wonder if tinkering with effective FuelWise reminders might be more annoying than just taking a break every hour.

On the Grit X, Hill Splitter is another new application that automatically detects hills and tracks your ascent time versus your descent time. Unlike ClimbPro on the Garmin, it’s automatic and easy to use. It just flicks to a different screen when it detects you going uphill at a threshold of around 30 feet.

However, it’s a lot less useful than you might think. All the mountains near me are currently closed due to shelter-in-place laws, but on an 80-foot climb, Hill Splitter didn’t turn on until I was near the top. Also, the one thing I want to know with a hill is how much longer I’m going to have to huff up it, which is one stat Hill Splitter can’t tell me (but ClimbPro can).

Ultimately, the Grit X feels more like a fun thought experiment than a fully baked watch. It was fun to try and push myself to trigger the fueling reminders, but especially during the week, I’m way more likely to run 30- to 60-minute trail runs where maps are much more necessary than snacks or water.

Still, I love the Polar Flow training app. It comes with a bunch of fun, possibly even useful features, and most importantly, it’s much, much cheaper than a comparable Garmin. If you’re planning a summer of long solo hikes, you could do a lot worse.