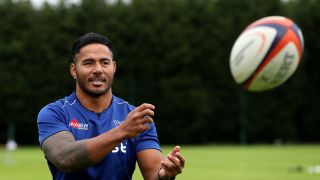 The Premiership rugby season was suspended back in March, but it restarts this weekend – and we’ve got a full round of fixtures to look forward to, including a couple of tasty-looking clashes at both the right and the wrong ends of the table. Follow our guide as we explain where to find a Premiership rugby live stream you can trust and watch all the rugby union online from anywhere right now.

Subscription channel BT Sport and free-to-air Channel 5 share the rights to Premiership rugby in the UK, and in this article we’ll explain how you can stream matches in countries around the world. If you already subscribe to a service that gets you Premiership rugby, you can make sure you’re able to access it when you’re abroad – just try using a VPN to watch the games online just as you would if you were at home.

Exeter vs Leicester would have been top against bottom, were it not for the sorry case of the Saracens’ salary cap infraction. The reigning champions should have been second in the league, but their 105-point deduction has left them glued to the bottom of the table on -63, leaving Leicester safe from relegation.

The good news for the Sarries, who face Bristol Bears in the first of many meaningless games between now and the end of the season, is that they’ll keep a hold of several of their England superstars despite playing in the second tier next season.

The final game of the weekend pits 4th-placed Northampton Saints against Wasps in 5th. Saints will be without flanker Tom Wood for the rest of the campaign, after he was found to have a blocked blood vessel, but they welcome new signing Nick Auterac and a familiar face in Jamie Gibson.

Wasps have had plenty of off-field issues to handle during the break, not least less-than-successful discussions with Coventry City concerning the Ricoh Arena, so they’ll be relieved to return to the pitch, complete with new signing Ryan Mills.

So, how do you get to see all the gripping action? We’ve laid out exactly what you need to do to get a Premiership rugby live stream below, so you can simply click and enjoy.

How to watch Premiership rugby from abroad

We’ve recommended some of the best places to live stream Premiership rugby below. But might run into a problem trying to access them if you’re outside of your country – even if you’re fully registered and in all likelihood paying a subscription fee.

This is because of something called geo-blocking – best thought of as a kind of digital border – but it’s not nearly as scary as it sounds and we can help you get back to your preferred Premiership rugby live stream in no time at all.

Simply follow our VPN advice below and you’ll soon be up and running with a great bit of software that allows you to relocate your device back to your country of residence – thereby regaining access to all the streaming services and content you normally enjoy at home.

Premiership rugby live stream: how to watch online in the UK for FREE

Subscription channel BT Sport and free-to-watch Channel 5 share the rights for Premiership rugby in the UK. The good news is that Channel 5 is showing a game most weekends for FREE, provided you have a valid UK TV license.

BT Sport is showing every single match (including those also shown on Channel 5) on one of its TV or online channels.

Don’t forget that BT has finally introduced a new £25 monthly sports pass this season, so you can get all that BT Sport goodness without a long-term commitment.

If you’re looking to stream tonight’s game, the BT Sport app or BTSport.com is where you need to go, enabling mobile, tablet and PC viewing.

If you’re outside the UK right now and want to watch one of this weekend’s Premiership rugby games, don’t worry about geo-blocks on your account – simply grab a VPN and follow the instructions above to live stream the action just as you would if you were at home.

Rugby union live stream: how to watch Premiership rugby 2020 action in the US

Rugby union fans based in the US can tune into Premiership rugby with NBC Sports Gold.

How to watch Premiership rugby in New Zealand

Premiership rugby coverage in New Zealand is provided by Sky Sport, and four games are being aired on Sky Sport 1 this weekend: Harlequins vs Sale (6.40am NZST, Saturday), Worcester vs Gloucester (11.25pm, Saturday), Bath vs London Irish (1.55am, Sunday), Northampton vs Wasps (1.55pm, Monday).

Sky Sport is available in New Zealand as part of a range of pay TV packages. Subscribers can watch online using the country’s Sky Go service, while cord cutters and anyone else can try the Sky Sport Now streaming-only platform – where a weekly pass costs just $19.99.

Australia-based fans of UK Premiership rugby can tune into all the action on Fox Sports, which is available through Foxtel. You’ll need its sports package added on to the base package, so don’t expect it to be cheap. However, there’s a 10-day FREE TRIAL you can take advantage of, so at least you’ll know what you’re getting.

How to watch Premiership rugby in Canada

In Canada, SportsNet  is where to turn for all your Premiership rugby coverage.

You can watch Rogers SportsNet online at no extra charge if you already subscribe to the channel as part of your TV package – or access it on a streaming-only basis with plans starting from just CA$9.99 a month. Check out all of the options here.