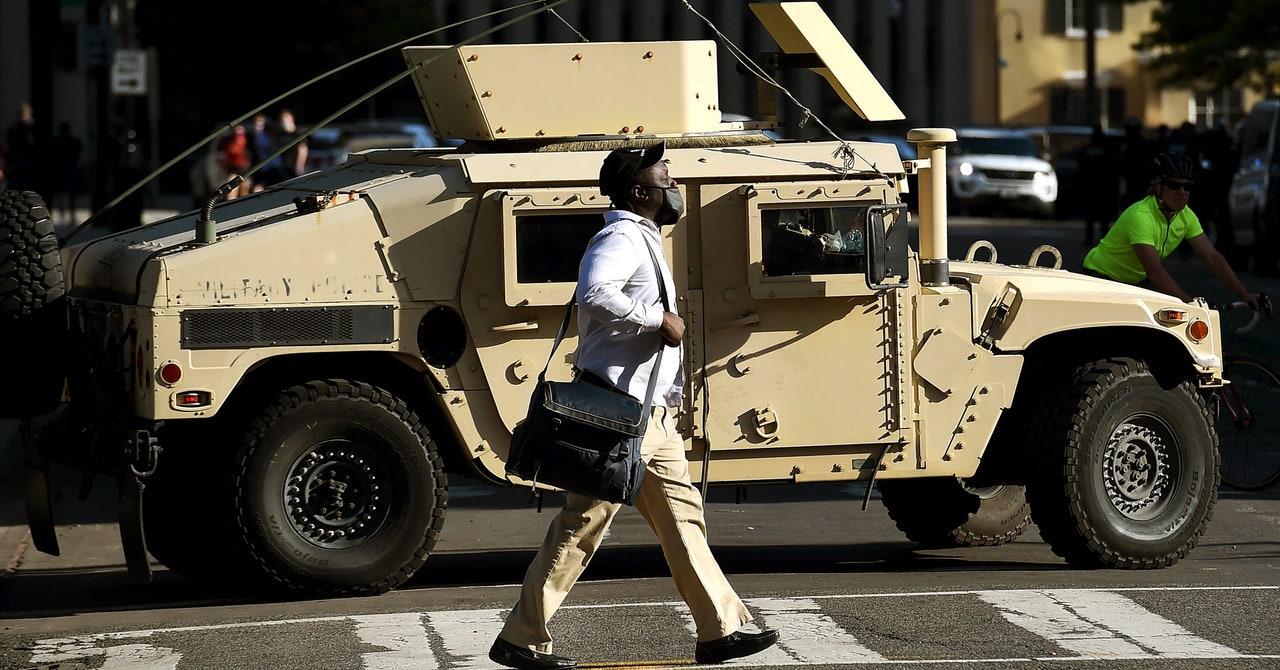 The collective outrage over the murder of George Floyd has led to nationwide protests, renewed calls for police reform, and uncharacteristically swift support for racial equity from Silicon Valley leaders.

The backlash has been swift as well. Critics are calling out many companies now pledging support for Black Lives Matter, accusing them of failing to stop racist language on their platforms and, in some cases, enabling the over-policing and surveillance that protesters now march against.

Amazon CEO Jeff Bezos took to Instagram last week to share an essay by the writer Shenequa Golding, commenting on the “long reach” of racial trauma. The next day, the official Amazon account tweeted a message “in solidarity with the black community.” Amazon Web Services CEO Andy Jassy tweeted last week, “What will it take for us to refuse to accept these unjust killings of black people?”

“Amazon tweeting support of ‘the fight against systematic racism and injustice’ is a textbook case of substituting virtue signaling for virtue,” said Evan Selinger, privacy scholar and professor at the Rochester Institute of Technology. “Not only have civil rights groups criticized Amazon for promoting a facial recognition tool to law enforcement that poses dire threats to minorities, but so have concerned shareholders.”

Jassy has defended Rekognition, even as employees and numerous racial justice organizations opposed its sale to police. In an all-hands meeting in 2018, Jassy told employees, “if we find people are violating folks’ constitutional rights, they won’t be able to use the services any longer … In a democracy it is also often the role and the responsibilities of the government to help specify what the guidelines and regulations should be about technology.”

There are no laws against police use of these surveillance tools, but Jassy’s comments speak to a flawed idea that inhibits efforts at police reform: These tools are acceptable because they aren’t illegal. In the wake of the protests, Trump reportedly told law enforcement, “you have to track” rioters, renewing concerns that police would use surveillance technology as part of their response to protest.

Similarly, Google CEO Sundar Pichai on Sunday voiced Google’s “support for racial equality in solidarity with the Black community.” But, Google, too, has been criticized for supporting invasive policing tactics.

“Amazon tweeting support of ‘the fight against systematic racism and injustice’ is a textbook case of substituting virtue signaling for virtue.”

Civil rights organizations have called out Google’s practice of enabling “geofencing warrants.” These warrants permit police to request from Google data on devices in the area surrounding a crime. Google initially supplies anonymous information for phones within the area specified by the warrant. After police narrow their suspects, Google supplies usernames and location data for the specific devices.

There’s scant evidence that geofencing targets communities of color specifically, but many have criticized the dragnet created when devices far outside of crime scenes are included. Geofencing warrants are often written using GPS coordinates, not street names and addresses. Critics say many are overbroad and include many more people than those reasonably near the scene of a crime.

It’s not clear how often police request geofencing warrants, but Google’s self-reported data on government requests show a big surge in search warrants, to roughly 20,000 last year from 10,000 in 2017. Starting in January, Google has charged police up to $245 for data requests.

“Because of insufficient Fourth Amendment protections, GPS, text, social media, or search data from your Android phone might end up as evidence in a court case,” said Liz O’Sullivan, technology director of the privacy nonprofit Surveillance Technology Oversight Project, or STOP. “There is a lot more that big tech companies could be doing to protect the public interest, but instead we see gobs of lobbying money spent opposing legislation that might actually promote justice.”