PS4 vs Xbox One: which gaming console is better? 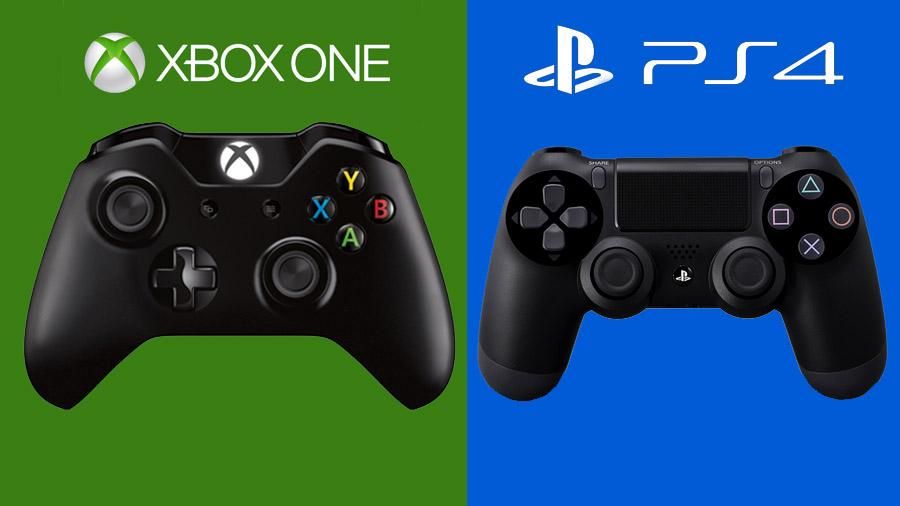 PS4 vs Xbox One: it’s a battle that’s been going for an entire console generation but which is the winning console for you?

If you’re looking for a current-generation console but you’re not entirely sure what separates Microsoft’s Xbox One and Sony’s PlayStation 4 other than their names and some fairly obvious design differences then we’re here to help.

It’s not a straightforward decision, especially as a lot has happened since the current generation of consoles started in 2013 that complicates matters. The mid-generation refresh that added the Xbox One S, Xbox One X and PS4 Pro into the mix gave us a lot more to think about, for one thing—especially those who own 4K TVs.

Then there’s the next-generation of consoles that’s fast approaching in the form of the PS5 and Xbox Series X. They’re due to launch at the end of 2020 and are guaranteed to offer a serious power boost over the current-generation.

If, however, you’ve decided that you’d like to take advantage of the still-powerful and increasingly reasonably-priced systems in the current-generation, rather than hold out for what’s next, then this is the article you need.

Currently, there are two versions of the PS4 on offer from Sony—the standard slim version, which is capable of HDR playback, and the more expensive 4K-capable PS4 Pro.

Microsoft, on the other hand, is now offering three Xbox One consoles: the 4K HDR-ready Xbox One S, the disc drive-free Xbox One S All-Digital Edition, and the ultra-powerful Xbox One X—a console that’s not only capable of 4K HDR native gameplay but, in some cases, plays games at 60 frames-per-second too.

What that means is if you already own a 4K HDR TV, you should probably opt for a PS4 Pro or Xbox One X to really get the highest visual fidelity from your console. If you’re gaming on a 1080p TV, however, an Xbox One S or PS4 Slim make more sense and will cost you less.

But what about games themselves? And the entertainment options you’ve got? How’s the online reliability and how are the respective marketplaces? Which platform is easier to get around? Which has better first-party applications?

So that you can choose the console that’s right for you, we’ve put the PS4 and Xbox One head to head and will answer these questions and more below.

PS4 vs Xbox One price comparison

The PS4 and Xbox One prices seem to change by the week, with price drops and bundle deals coming and going faster than handheld PlayStation systems. Add in special events, such as Amazon Prime Day and Black Friday, and dedicated storefront sales it can be hard to keep track.

While all of these bundles are great for consumers, it can be hard to keep up with the latest pricing info. So, in an effort to cut through the noise, here are the latest prices and bundles for each console.

While the original iterations of the Xbox One and PS4 launched in the same month, the console upgrades have been more staggered, adding a little bit more confusion to the Xbox One vs PS4 question.

The Xbox One X is the newest and most powerful console, with fewer discounts available. The PS4 Pro, however, is a little older and is therefore easier to pick up at a reduced price.

If you want to dial back the cost of either console, check out the latest prices for the Xbox One S and PS4 Slim.

Look, we want to save you some time here in your PS4 vs Xbox One deliberations. So the box on the right will take you through some of the finer details of each console with their upgraded models, if that’s what you’re after. Otherwise, we’ll be comparing the ecosystems of each platform in the rest of the article below.

Xbox One vs PS4: hardware and design

Both the Xbox One and the PS4 have different versions that you can buy right now. The PS4 has two and the Xbox One has three. This is different than in the past, when each console existed on its own, and lasted an entire generation.

The Xbox One S improved on the design of the original Xbox One by cutting down a lot of the heft, and removing the gigantic power brick, making use of an internal power supply instead. It measures 11.6 x 8.9 x 2.5 inches, and unlike the previous version includes a 4K Ultra-HD Blu-ray player – it will even upscale 1080p games to 4K, as long as you have a TV that can support it.

However, if you prefer a more streamlined version of the Xbox One S then the Xbox One S All-Digital Edition may be more your cup of tea. The 1TB disc-less console looks and performs like its predecessor but lacks a disc drive – so that means no Blu-ray or physical discs.

The Xbox One X might be heftier than the Xbox One S, but it’s still considerably smaller than the original Xbox One, coming in at 11.81 x 9.44 x 2.36 inches and weighing around 8.4 lbs (this console also has an internal power supply). This is the high-powered version of the Xbox One, with native 4K gaming as well as a 4K Ultra-HD Blu-ray player (something not even the PS4 Pro can boast).

Starting out on the PS4 side of the equation, the PS4 Slim is straight up the smallest of the major consoles available right now, measuring in at 10.4 x 11.3 x 1.5 inches and serving as the baseline PS4 for most consumers – a complete replacement for the original PlayStation 4. It doesn’t give you 4K resolutions, even for video, but it can still play every game in the impressive PS4 library.

The PS4 Pro was the original 4K console, coming out an entire year before the Xbox One X – even if Microsoft’s box eventually outpowered it. It measures 12.8 x 11.6 x 2.1 inches. While the PS4 Pro does to at least some extent support native 4K gaming, it doesn’t include a 4K Ultra-HD Blu-Ray Player, an omission that has attracted some flak for Sony.

Xbox One vs PS4: connectivity

Depending on how your gaming setup is organised, the connectivity of your console could be an extremely important detail.

Both the Xbox One S and X have identical ports, each including two HDMI ports, one for receiving an input from a cable or satellite box, and one that inputs to your TV. On top of those, they’ve each got two USB 3 ports, IR outputs, optical audio out, Ethernet ports and, of course, the power cable – which is compatible with both versions of the Xbox. However, due to the quick and tragic downfall of Kinect, if you want to use a Kinect with either version of the Xbox One you’ll have to go out and get an adapter.

The PS4 Pro and PS4 Slim have similar inputs, although they are slightly different. Each has a single HDMI out, a single USB port in the back (two in the front), an Ethernet port, and power. The only difference between the Pro and the Slim is that the Pro has an Optical Audio out, while the Slim drops it. One of the most compelling things about the connectivity of the PS4, however, is that both versions allow users to swap out the internal hard drive with another one of their choice.

All versions of both the Xbox One and PS4 support 802.11 ac Wi-Fi and Gigabit Ethernet – so no matter which console you decide on, you won’t have to worry about network compatibility.

PS4 and Xbox One are devoid of remarkable characteristics on the front. There’s a Blu-ray/DVD combo drive to the left (which can play Ultra HD Blu-rays on the Xbox One S and Xbox One X) and their respective, muted-color logos to the right. PS4 has a pair of USB ports tucked between its sandwich-like halves next to where the disc drive is located.

One thing the Xbox One pulls ahead with is smart home integration. 2018 saw Microsoft announce support for Amazon’s Alexa voice assistant, meaning your Xbox One can communicate with Amazon’s line of Echo smart speakers or other Alexa-enabled devices – and might be a practical alternative to using voice commands through the Kinect.