Quarantine Is a Weirdly Good Time for Animation 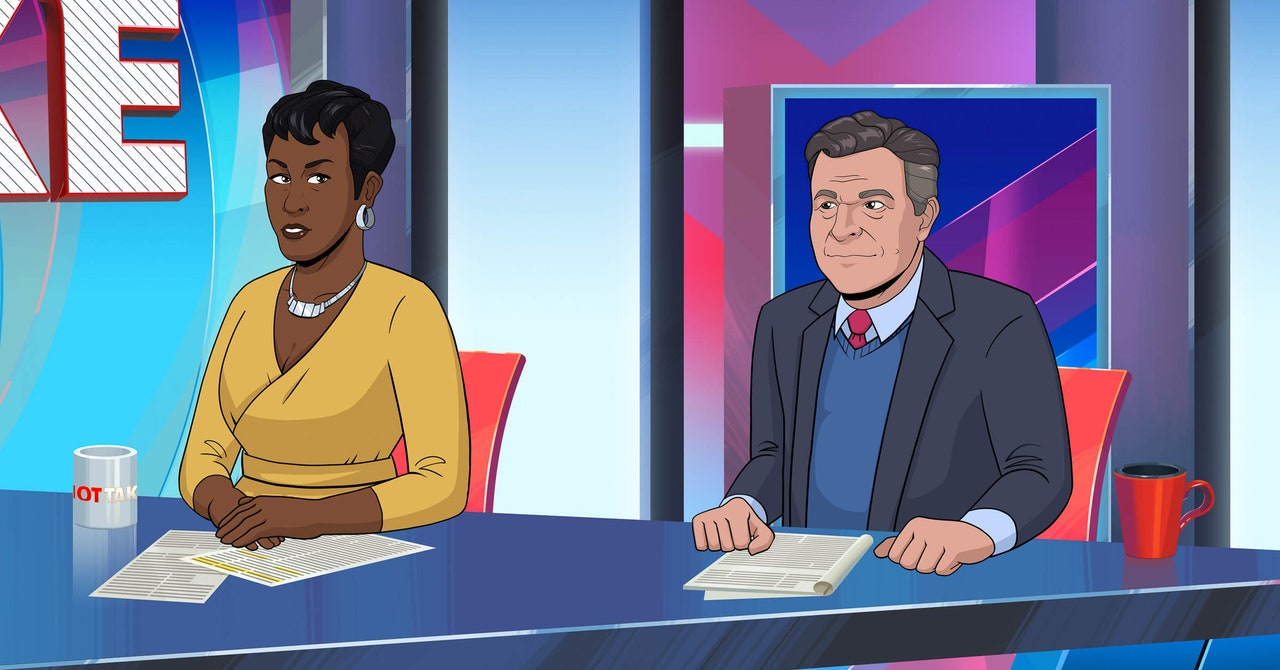 The creators of the surreal animated series Tooning Out the News had Rudy Guiliani on the show multiple times during their first week on air. They also had a six-year-old hang up on the former New York City mayor. Like many people around the world, the people behind Tooning Out the News are working from home during the Covid-19 pandemic. For RJ Fried, that involved turning an iPad over to his young son while the showrunner sat in his bedroom, calling Guiliani every hour to see if he’d pick up, computer at the ready to record on short notice. What he didn’t realize was that, through the vagaries of the cloud, Guiliani’s calls were being routed to the iPad his son was using, and that his son had hung up on him (and also Stephen Colbert).

“I tried to explain the enormity of hanging up on the attorney of the president, who the president was, that this was his good friend,” Fried says. The explanation didn’t really take—his son just became convinced that he himself was now famous—but for Fried, the story has become emblematic of his bizarre-yet-productive time in quarantine.

Were Tooning Out the News a live-action series, neither the gaffes nor the triumph of luring Guilani onto the show in the first place would have been possible. It’s basically impossible to film a conventional television program while social distancing, which is why so many have paused production. Animated shows, however, from newcomers like CBS’ Tooning Out the News and Hulu’s Solar Opposites to veterans like The Simpsons, Bob’s Burgers, Big Mouth, and Family Guy, along with Hollywood animation studios like Paramount, have been able to keep working, largely thanks to innovative technological workarounds. “All of us feel incredibly fortunate that we’re in this industry at this time,” Fried says.

Of course, the animated shows you’re watching now weren’t built for quarantine, not even shows like Tooning Out the News and Solar Opposites which have premiered during the quarantine period. Solar Opposites, a sitcom about aliens from Rick & Morty co-creator Justin Roiland, was largely finished before lockdown went into effect. Tooning Out the News, however, had to change strategies abruptly when they were told they’d no longer be able to work in the studio they’d built inside the Ed Sullivan Theater equipped for motion capture and high-speed, fast-turnaround animation. “Now we have this virtual animation studio that exists somewhere in the atmosphere,” Fried says.

Nobody’s virtual animation studio is running seamlessly. Fried and others have noted that one of the toughest challenges to overcome is also one of the most mundane: large file sizes. Studios are experimenting with ways to boost remote staffers’ internet connections and further compress files, but Fried says that they’ve also worked to simplify characters and backgrounds as much as possible, and accept that sometimes, file transfer is just going to be glacial. Tooning has added an extra hour onto their day just to allow for it. “We’re working a 20-hour day, minimum,” Fried says. “It’s super fun.” The other major difficulty beyond computing power is one anyone working remote should be familiar with: Zoom-induced awkwardness. While shows like Big Mouth have found comedic success doing virtual table reads and video conferencing is better than nothing, there’s no denying that it’s harder to create chemistry through a screen.

Still, going virtual has also afforded animated shows with new opportunities. The relative speed of voiceover work has always been a benefit for actors, but now voiceovers can be done not just quickly, but without leaving one’s home. “There are a lot of newsmakers sitting at home who can, by pressing a button, hop on and do a live interview with us,” Fried says. “We can get guests from anywhere. We can take talent from anywhere in the world as long as they have a good internet connection, and a lot of people are looking for work right now because live-action shows have pressed pause.” Previously, Tooning Out the News had been largely limited to New York-based guests and staff who could come to the Ed Sullivan Theater on short notice. For some people, this could be a career-making proof of concept that helps geographically democratize an industry usually clustered tight in two coastal cities.