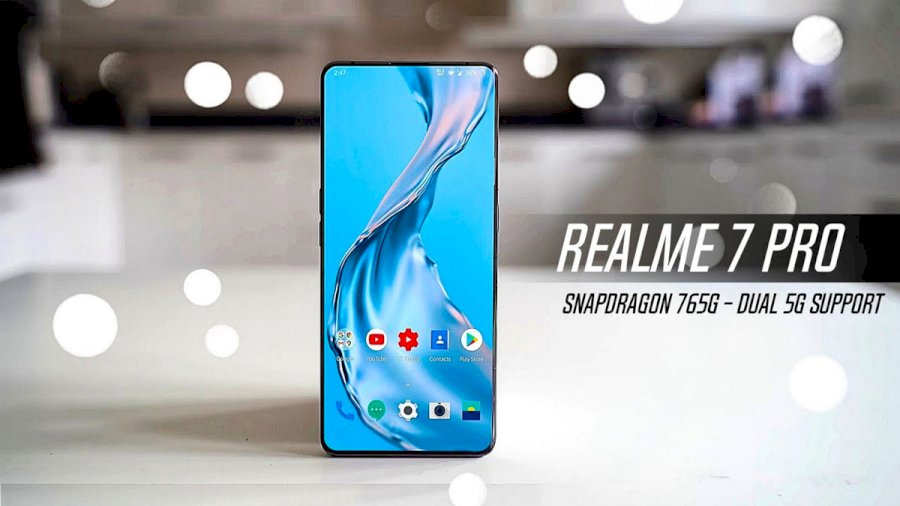 Realme’s number series have helped it quickly become a household name in the budget smartphone segment of India. To keep the momentum going, the Realme 7 series will be unveiled in a few weeks.

With the Realme 6 series, the company claimed the crown for the most affordable smartphones with a high refresh rate display –  a feature that the competition still hasn’t managed to best. Even amid strong competition from the house of Xiaomi, and the new offerings from Samsung and Motorola, Realme has managed to capture about 14%(Q1 2020) of the market share in India.

Realme’s current portfolio consists of the C series at the entry-level, followed by the mid-range numeric series, topped by the high-end and flagship X series. The Realme 6 and 6 Pro launched in March, only about six months earlier.

The Realme 7 series is likely to comprise multiple smartphones in the sub Rs 20,000 segment. We also expect it to improve in areas such as cameras, charging speeds and well as refresh rates. More details should surface soon as the launch gets closer. For now, our expectations are primarily based on leaks.

According to leakster Mukul Sharma, the Realme 7 series will be unveiled on September 3 in India. If that timeline is maintained, this will be the fastest refresh by the brand for its popular numeric series, as the Realme 6 series was launched in March.

Realme is slowly moving away from its dated vertical camera arrangement to fresher camera layouts and new finishes. We expect the Realme 7 series to adopt the new design refresh with a square-ish camera housing and the larger branding on the back. Ishan Agarwal suggests that there will be new Silver, White and Blue colourways this time, presumably under a glass panel.

A recent leak from Mukul Sharma also suggests that the device will come with 64MP quad-camera setup and from the leaked images, we can clearly see the rear design of the phone. The Realme 7 Pro striking looks similar to the Realme V5’s design.

In terms of design, the Realme V5 features a brushed metal finish on the back and the same can be expected on the Realme 7 Pro.

The Realme 6 series continues to be the most affordable smartphones in India with a high-refresh-rate display. We expect the Realme 7 series to continue that trend by offering at least a 90Hz panel, with the 7 Pro possibly dialling it up to 120Hz. The panel construction should continue to be LCD at this price point.

Here’s where things get slightly confusing. The Realme 6 series has either the Snapdragon 720G chipset or the MediaTek Helio G90T, while the Realme X3 series has the Snapdragon 855 Plus. For the Realme 7 series to sit between them, the chipset choice is not obvious. The most likely candidate is the Snapdragon 730/730G, which is still rare in the sub Rs 20K segment. Though, we could also be in for a surprise with something like the Snapdragon 765G or a Dimensity chipset, but that seems difficult at this price.

Photography has been one of the strong points of Realme smartphones recently. The Realme 7 series will have no less than four cameras on the back. The details are still scarce, but we expect a high-resolution primary shooter and an ultra-wide lens to be present on both, while the Pro might also get a real telephoto lens. The last sensor could be a depth sensor or a macro lens.

As always, the batteries on both devices will be in the range of 4,000 to 4,500mAh. With even the most affordable Realme phones now offering fast charging, we could see the Realme 7 Pro take it up a notch by offering 55W or 65W Super Dart charging, which will be the best in this segment by a mile. Even if that is not the case, it’s safe to assume at least 30W Dart charging to make the cut.

The offline posters say that the device will come with a faster charger in the segment. This could be the 65W Super Dart charger.

As per Realme’s new product bifurcation, the Realme 7 series should occupy the mid-premium segment of around Rs 20,000. Based on the current market scenario, the Realme 7 could start at around Rs 17,000 while the 7 Pro could cross Rs 20,000. Unfortunately, this bit can’t be verified till the phones officially launch.