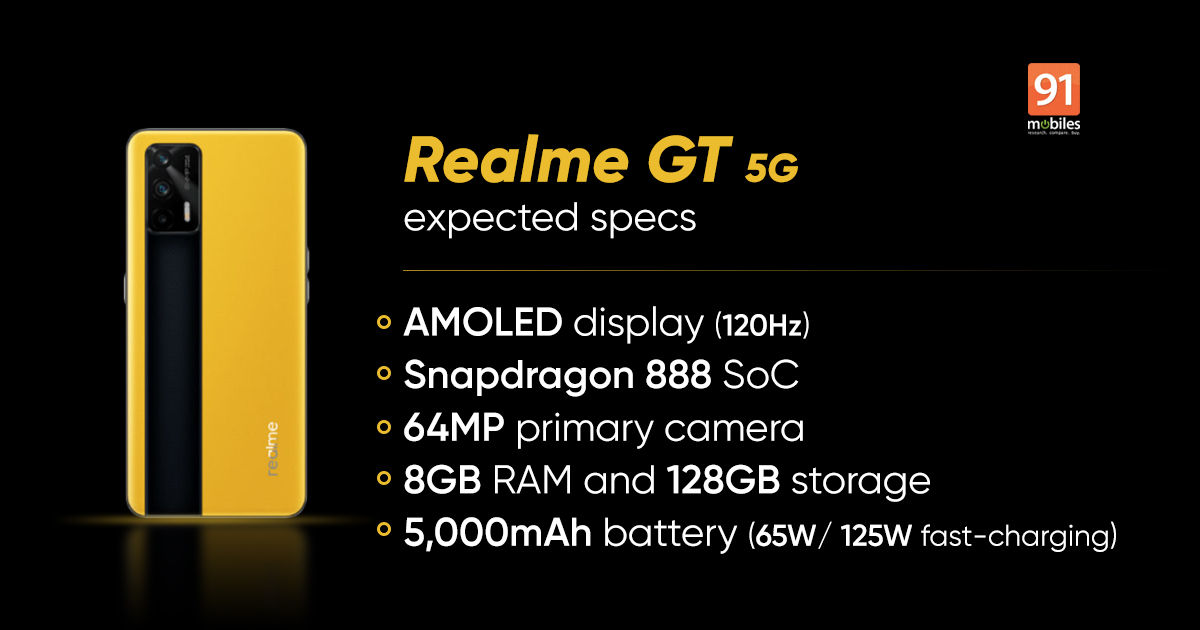 Chinese phone brand Realme hasn’t previously specialized in premium smartphones but that’s about to change because the Realme GT is official and it looks set to be packed to the rafters with top specs.

Previously thought to be called the Realme Race, the Realme GT aims to be a premium phone with impressive power, features and design – and it’s likely coming alongside a Pro-grade sibling.

The device has now been officially announced in China, so we’ve gone ahead and collected all the available information surrounding the Realme GT and it’s more premium variant, along with a host of leaks and rumors while we await further updates.

While we won’t see exactly those converted prices if and when the phone launches worldwide, they nonetheless prove the Realme GT isn’t the high-price smartphone we expected it to be. Perhaps that position will instead go to the Realme GT Pro, which we anticipate will be announced soon.

The Realme GT launched in China on March 4, and it’s likely we’ll see a global launch some time in the near future. For reference, this was the same day the Redmi Note 10 and Nubia Red Magic 6 launched, so it was a pretty busy few hours for the smartphone world.

It’s worth noting that while the Chinese brand does sell its phones in the UK and Australia, it doesn’t do so in the US – so don’t expect any state-side availability on the Realme GT.

Realme was one of the first smartphone makers to confirm the existence of a Snapdragon 888-powered flagship post Qualcomm’s announcement of the chipset, so we already knew its upcoming device would arrive with this top chipset.

Upon its official launch, Realme did indeed confirm that the Realme GT will come equipped with a Qualcomm Snapdragon 888 processor, which should ensure super-fast speeds for various tasks. It’ll also have special gaming optimization modes and a bespoke internal cooling solution to keep the phone cool.

The phone’s design has apparently been based on the concept of GT sports cars (hence its name) designed for long-distance driving and performance. It has a 3D glass back cover, comes with a 6.43-inch FHD+ display with a 120Hz refresh rate and will be available in silver and blue colors. There’s also a racing yellow option which is made from vegan leather.

The Realme GT sports three rear cameras: a 64MP main, 8MP ultra-wide and 2MP macro snapper, and there’s a 16MP front-facing camera. Given that each lens operates at a different focal length, we’re excited by the phone’s triple camera array.

Like a few Realme phones before it, the Realme GT has 65W fast charging – although we had anticipated it would mark the commercial debut of 125W UltraDart charging – which apparently powers up the handset’s 4,500mAh battery in just 35 minutes.

The Realme GT is also a 5G phone, so you can expect to enjoy next-gen connectivity speeds.

A Realme GT Pro was expected to be announced alongside the base model, but it didn’t show up at the China launch. The company did, however, confirm a few important GT Pro specs to TechRadar back when we thought it would be called the Race Pro.

We know the phone will have a 64MP main camera and two 13MP auxiliary snappers, though we don’t know what lenses they’ll be paired with.

It’s worth noting that some of these specs are comparable to those of the standard Realme GT, so the two phones might end up being very similar – or perhaps some of the rumors regarding the premium device are wrong. We’ll know for sure when the GT Pro is officially revealed, whenever that may be.