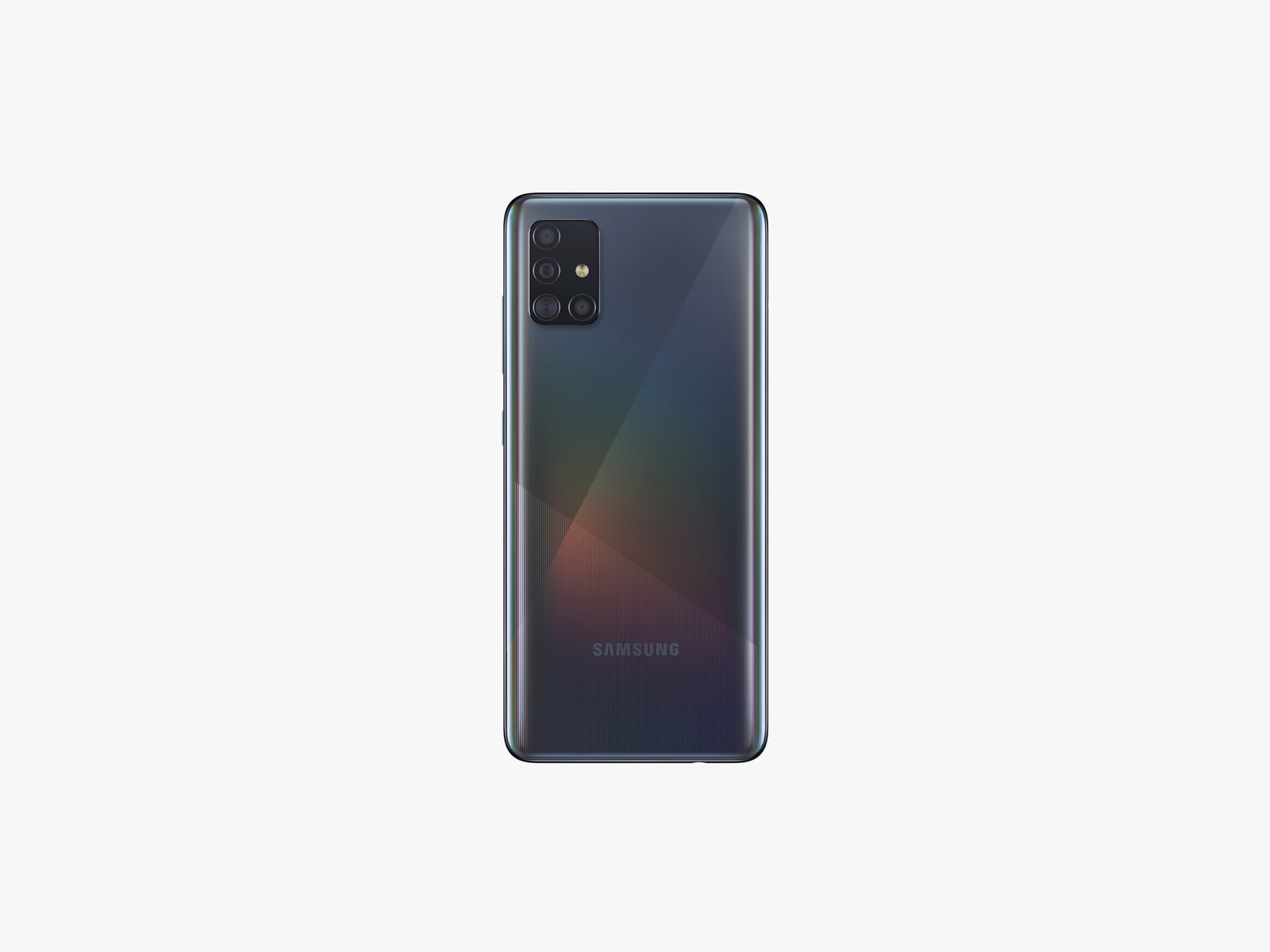 These days, you can get a really good smartphone for $400—sometimes even less. You can get one that takes spectacular nighttime photos, one that’s easy to repair, or one with unrivaled speed. Unfortunately, you get none of these niceties if you give your $400 to the world’s number one smartphone manufacturer, Samsung.

The Galaxy A51 is a part of Samsung’s push to dominate the low-end smartphone market, and on paper, it has all the makings of a great mid-range phone: a modern display with slim bezels, a big battery, versatile cameras, a headphone jack, and expandable storage—all for just $400. In reality, it’s … fine. Its processing power resembles that of phones close to half its price, and despite four cameras on the back, the photos it snaps are unremarkable.

When Apple’s new iPhone SE and Google’s Pixel 3A (as well as the upcoming Pixel 4A) are the competition, it’s disappointing that Samsung couldn’t bring anything more to the table.

My problem with this phone is Samsung’s processor of choice: the company’s own Exynos 9611. This is a chip that has done an OK job in running my usual apps and games, but its performance stutters aren’t as occasional as they should be on today’s $400 phones. Instead, you’ll regularly see small hiccups in everyday use, particularly when moving between apps, using the camera, and when using heavier apps like Google Maps.

It’s not a pleasurable experience. I had less of a choppy time with phones like Motorola’s Moto G Stylus and G Power (phones that cost $100 to $150 less, respectively). I also didn’t encounter as many stutters on the TCL 10L, a $250 phone using Qualcomm’s Snapdragon 665 chip.

In benchmark tests (using Geekbench 5), the Galaxy A51 scored higher than the aforementioned phones only in single-core performance, and not by much. It fell behind with its multicore score. In fact, its results line up with last year’s Google Pixel 3A. Sheesh.

This processor may also be the culprit behind the Galaxy A51’s average battery life. Usually, a mid-range phone with low-tier specs and a 4,000-mAh battery should last well into a second day (see: Moto G Stylus, which has the same battery capacity). Mind you, the A51 can last more than a day, but not with heavy use. I’ve usually had to plug in by the day’s end.

All this to say, this phone will run games like Limbo and Call of Duty without much trouble. You can watch all the TikTok videos you want. But when you’re scrolling through Twitter, switching back and forth between the camera and a messaging app, or looking up the closest restaurant that does contactless takeout orders on Google Maps, the A51 will feel like the sputtering engine of a car from a Disney movie. Not great.

Once you get past this sluggish performance, the rest of the A51 is solid. The highlight is the 6.5-inch OLED screen, which is vivid and sharp (it has a resolution of 2400 x 1080 pixels) and is bright enough to read in sunny conditions. Its slim bezels and hole-punched selfie camera keep it looking modern too. And I quite like the software interface, which is just as Samsung-ified as the higher-end phones, but it still looks nice and is very customizable.

Better yet, Samsung is promising that it will keep the software updates flowing onto the A51 for two years, with recurring security updates. That longer update window is unfortunately not as common on cheaper phones (like Moto devices, which get only one year of Android updates), but it’s important because it keeps the phones secure and free from many bugs, and it helps them run smoothly well past their prime. Two years is the bar for Android phones, but I should point out that the new iPhone SE will likely continue to be updated for four to five years.

You get 128 GB of storage on this phone, plus an option to expand it with a Micro SD card. Having a real headphone jack has been helpful, especially when I’ve needed to plug in earbuds for a call at a moment’s notice. NFC, the technology that enables most contactless payment options, is present, and I’ve used it to pay for my groceries—a great feature for the Covid-19 world we’re in.

This phone feels nice as well. It’s not too cumbersome to use one-handed, and it’s light. I just wish it didn’t look so nondescript.

There are five cameras in total on the A51, including the 32-megapixel selfie snapper on the front. It’s a bit excessive, especially as none of them capture anything remarkable. The main shooter packs 48 megapixels, and it’s joined by a 12-megapixel ultrawide-angle camera, a 5-megapixel macro camera for ultra close-ups, and a 5-megapixel depth-sensing camera for helping with the bokeh effect in portrait mode.

Samsung Galaxy A51, Night mode. This is a solid low-light photo, though it could stand to be a little sharper.

Too often, the photos coming out of this phone look over-sharpened and overexposed, and lacking in shadows and contrast. Details in the photos are not as sharp as I’d like. The ultrawide camera has a fair amount of distortion toward the edges as well. I recommend using the 48-megapixel mode when there’s good lighting, as you get more natural-looking photos. The macro camera mode is also a good deal of fun too.

At night, you’ll want to use Samsung’s dedicated Night mode, which takes multiple images at different exposures and stitches them together to make a clear, well-lit image. The result is solid if you can stay particularly still (slight movements might make things blurry). But it’s nowhere near as sharp as Google’s Night Sight on the Pixel 3A, which does a fantastic job illuminating low-light scenes.

I compared the $400 A51 with the $300 Moto G Stylus, and I usually preferred the daytime photos from the cheaper Moto phone. The A51 edged a slight win in low light, racking in a little more detail. Still, with the A51’s performance and camera output sitting so close to phones that are $100 cheaper, it makes the phone feel overpriced.

You can get this phone unlocked or from a variety of carriers like Verizon and AT&T. Samsung has a promotion that throws in a pair of its original Galaxy Buds for free. Or you can get it for $230 if you trade in an older phone in good condition.

Those are decent deals. However, I think it’s a better move to buy last year’s Google Pixel 3A (get it at a discount for $350 or less), which will give you better performance, daylong battery life, a stellar camera, smarter software, and a headphone jack.

Or, if you’re not opposed to using Apple’s iOS, the $400 iPhone SE is an unbeatable value. It’s IP67-rated water-resistant, has wireless charging, includes the same processor inside Apple’s flagship iPhone 11 for superior performance, and packs a solid camera. TCL’s 10 Pro, coming May 19, is also a better buy, though it costs $50 more.

The Galaxy A51 is fine. But fine just doesn’t cut it these days, especially when you’re Samsung.