Samsung’s Galaxy Book Flex, its most interesting laptop in ages, is now available in the US 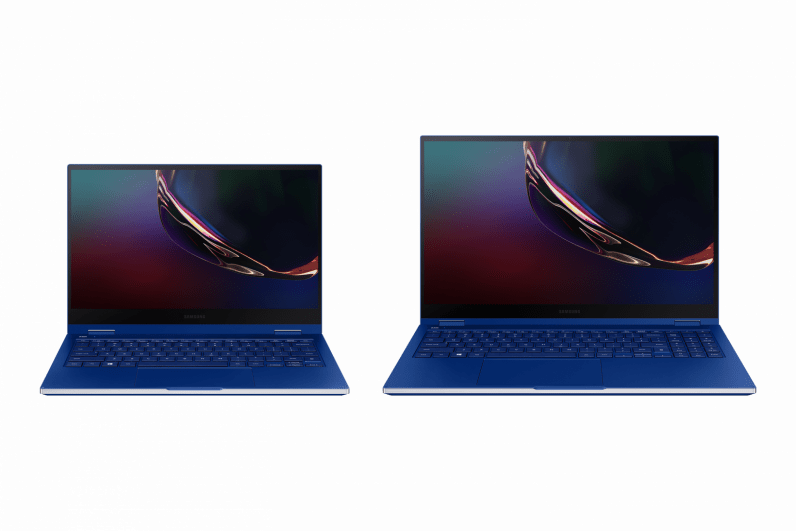 Samsung’s Galaxy Book Flex, one of the first laptops with a QLED display, and one of Samsung’s most premium laptops in ages, is now on sale in the US. It’s a sign the company is becoming more serious about its laptop offerings.

The Galaxy Flex is a premium 2-in-1 laptop that comes in both 13.3-inch and 15.6-inch sizes. It features a snazzy metal blue design, with a built-in fingerprint reader and a slot for the S-Pen – a feature I appreciate as someone who has lost too many styluses over the years.

The star of the show is really that QLED display, which Samsung promises can achieve 400 nits of brightness in regular usage and over 600 nits in a special ‘Outdoor Mode.’ The screen also covers 100 percent of both the sRGB and DCI-P3 color gamut, though there doesn’t seem to be a proper HDR mode.

The big disappointment is that 1080p is your only option for resolution. 1080p on a 13-inch screen already hurts my eyes, but it just seems cruel on a 15-inch display. But at least Samsung is promising good sound from the AKG-tuned speakers to drown out all those visible pixels.

Another neat bonus – you can wireless charge your phone by placing it on the touchpad. I just hope you don’t need your mouse while you’re doing so, but it’s still nice to have in a pinch.

Along with the Flex, Samsung also announced the Flex Alpha and Ion laptops. They feature a similar QLED display and metallic build — albeit in a more staid silver rather than a snazzy blue — but come in at slightly lower prices. The Flex Alpha has a weaker processor and smaller battery, while the Ion loses the 2-in-1 capabilities. On the plus side, it comes with slightly better battery performance at 22 hours, and even packs an HDMI port.

For all of Samsung‘s presence in the tech world, it’s not the first name that comes to mind when it comes to PCs. It’s made some headway in the world of Chromebooks, but Dell, HP, Surface, Lenovo, and others seem to hold more mindshare in premium PCs as the Samsung has mainly focused its high-end efforts on smartphones. Considering lackluster phone sales — and a relative uptick in PC sales — maybe now is the time to diversify.