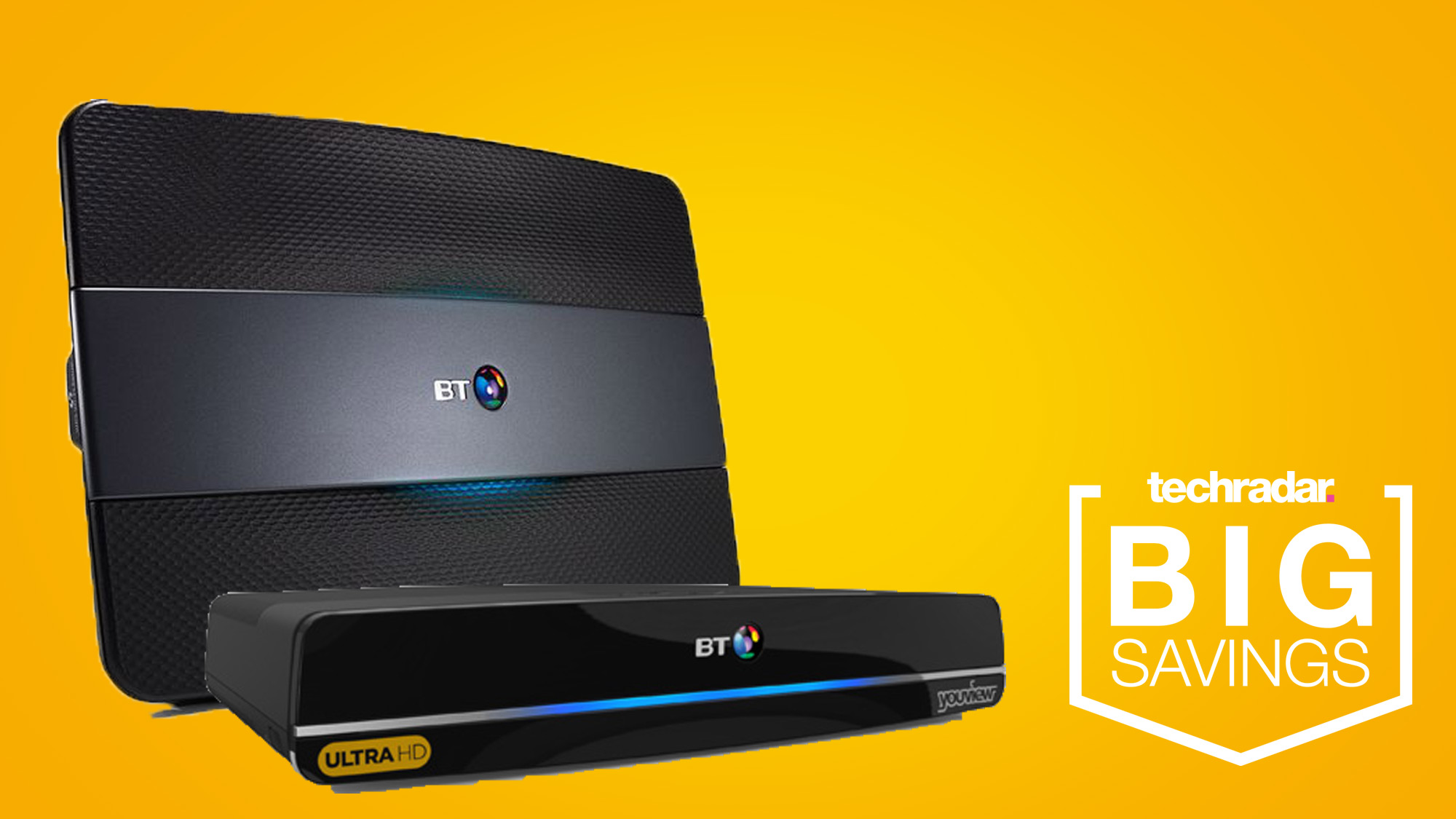 Well…the big names of broadband have got very competitive when it comes to internet and TV packages! Virgin’s been giving its A-game for weeks now and BT looks to now be stepping up its offers to match.

Knocking a fiver a month off the cost of its Entertainment and Fibre 1 plan, BT’s best value offer is looking its strongest in a very long time – maybe even ever! Now down to £33.99, BT is offering a total saving of £120.

Then, in typical BT fashion, there is also a Mastercard up for grabs here worth £80. With that taken into account, the monthly cost effectively drops down to £30.65 making this one of the best broadband deals out there.

So what are you getting for that amount? BT offers fibre speeds averaging 50Mb and on the TV side of things, you get Now’s TV Entertainment pass. That includes Sky Atlantic, Sky one, over 300 box sets and a whole lot more.

BT Entertainment with Superfast Fibre | 24 months | Avg. speed 50Mb | Weekend calls | £9.99 upfront | £35.99 + £80 reward card
Above average internet speeds of 50Mb, a £5 drop in the monthly cost and a £80 Mastercard on top! That’s all before you get to the inclusion of Now’s Entertainment pass, giving you access to boxsets, Sky Atlantic and a whole lot more.
View Deal

What is a BT Reward Card?

The Reward Card that BT sends out is a pre-paid credit card that you can use anywhere that accepts Mastercard. In short, that’s around a million shops, cafes and restaurants around the world, so you shouldn’t find it difficult to find places to spend, spend, spend.

It’s an old-fashioned chip and pin card, rather than contactless. But do make sure that you claim your Reward Card within three months of installation, otherwise you’ll lose out on all that cash.