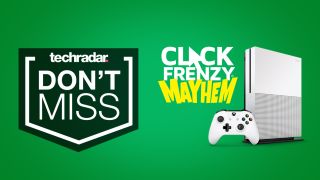 The Click Frenzy online sale bonanza is back, and Australia’s top telco is offering an unbeatable deal on Microsoft’s Xbox All Access service to help keep you entertained at home for many months to come.

Telstra is treating its existing customers to a discounted subscription to Xbox All Access, which includes an Xbox One S, plus a 24-month subscription to Xbox Game Pass and Xbox Live Gold for just AU$22 a month – that’s a saving of AU$120 if you stick with the service.

All up, you’ll pay a minimum cost of AU$528, and will get to keep the console after the 24-month period. To put that into perspective, an Xbox One S usually costs around AU$379, and an Xbox Live Gold subscription on its own will usually set you back AU$160 over two years, which already totals AU$539.

With this killer deal, you’ll get all that plus a digital download of Forza Horizon 4: Lego Speed Champions and a continually updated library thanks to an Xbox Game Pass subscription.

If you want to play online with your mates, Xbox Live Gold is the service you need for online gaming. It also includes a few free games each month, which you can keep forever if you claim them during the time they’re available.

Existing Telstra customers can now score themselves a discounted subscription to Xbox All Access – the service that gets you an Xbox One S console, plus two Microsoft gaming services, and splits the cost into monthly payments over two years. The Xbox One S package usually costs AU$27 each time, but stay connected over a 24-month contract and you’ll pocket AU$120 worth of savings. Minimum cost AU$528View Deal