Should the moon be privatized? The US says yes 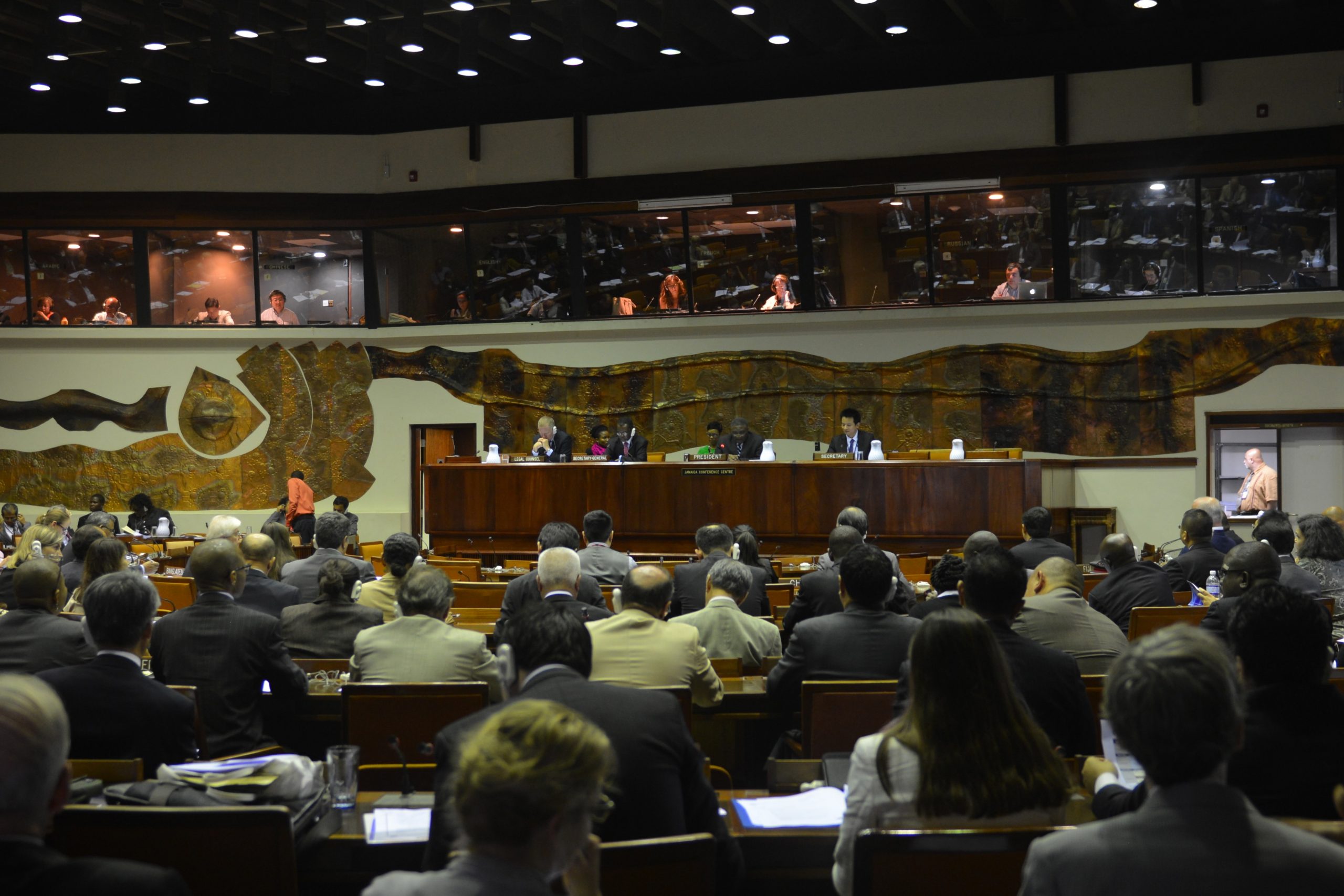 Private industries have helped drop the cost of launching rockets, satellites and other equipment into space to historic lows. That has boosted interest in developing space – both for mining raw materials such as silicon for solar panels and oxygen for rocket fuel, as well as potentially relocating polluting industries off the Earth. But the rules are not clear about who would profit if, for instance, a U.S. company like SpaceX colonized Mars or established a Moon base.

At the moment, no company – or nation – is yet ready to claim or take advantage of private property in space. But the US$350 billion space industry could change quickly. Several companies are already planning to explore the Moon to find raw materials like water; Helium-3, which is potentially useful in fusion nuclear reactors; and rare earth elements, which are invaluable for manufacturing electronics. What they might find, and how easy the material is to bring back to Earth, remains to be seen.

Anticipating additional commercial interest, the Trump administration has created new rules through an executive order following a 2015 law change for how those companies might profit from operations on the Moon, asteroids and other planets. Those rules conflict with a longstanding international treaty the U.S. has generally followed but never formally joined. The administration also is planning to encourage other nations to adopt this new U.S. perspective on space mining.

As a scholar of space law and policy – and a proud sci-fi nerd – I believe the international community could find new ways to peacefully govern space from examples here on our planet, including deep seabed mining and Antarctica.

In general, regions of Earth beyond any one nation’s control – like the high seas, the atmosphere and Antarctica – have been viewed by the international community as globally shared resources. That principle applied to space, too, until President Donald Trump’s executive order specifically rejected the idea that space was any sort of “global commons” shared among all nations and peoples of the Earth.

This step is the latest in a series of decisions by U.S. presidents over the last 40 years that have signaled the country’s decreasing willingness to share these types of resources, especially through an international body like the United Nations.

That is one reason why the U.S. has not ratified the U.N. Convention on the Law of the Sea, for example, which was agreed to in 1982 and took effect in 1994.

A similar story played out regarding the Moon.

Over the decades, the U.S. has sought to use its space policy in various ways. President John F. Kennedy, for example, considered turning the Apollo Moon-landing program into a joint U.S.-Soviet mission to promote peace between the superpowers.

Lyndon Johnson’s administration similarly saw space as a shared region, and in 1967 signed the Outer Space Treaty, which proclaimed that space was the “province of all mankind.” However, that treaty didn’t say anything about mining on the Moon – so when the U.S. landed there in 1969, the international community called for regulations.

The U.N.‘s eventual Moon Treaty declared the Moon the “common heritage of mankind,” and sought shared international control over resources found there.

However, that plan wasn’t very popular among advocates for a more commercial final frontier. In the U.S., a nonprofit group in favor of space colonization opposed the treaty, fearing it would discourage private investment. The treaty failed ratification in the U.S. Senate. Only 18 nations have, in fact, ratified the Moon Treaty among them Mexico and Australia, none of them major space-faring powers. But even though many countries seem to agree that the Moon Treaty isn’t the right way to handle lunar property rights, that doesn’t mean they agree on what they actually should do.

[embedded content]
This movie was captured on July 11, 2019, when Hayabusa-2 touched down on asteroid Ryugu, using the onboard small monitor camera. The video playback speed is 10 times faster than actual time.

As space launches got cheaper, the U.S. SPACE Act, passed in 2015, gave U.S. companies the right to mine materials from asteroids for profit. That conflicts with the shared-resources view of the 1967 Outer Space Treaty.

Since then, there have been further political efforts to remove perceived legal hurtles to space mining. In 2017, a Republican congressman sought to formalize the U.S. rejection of space as any sort of common property, proposing a bill that said, “outer space shall not be considered a global commons.” That bill died, but it was reintroduced in 2019 and is currently awaiting action in the House.

Allowing private control of space resources could launch a new space race, in which wealthy companies, likely from developed countries, could take control of crucial resources – like ice on the Moon, which could supply water for people or to fuel rockets – and profit handsomely.

That, in turn, would increase the likelihood of a military arms race, with the U.S., Russia and China developing weapons to defend their citizens’ space assets.

Applying lessons from the deep, and Antarctica

In finding common ground, and charting a path forward, it is useful to consider lessons from other frontiers. The Moon Treaty tried to set up a system for sharing the benefits of Moon mining similar to how an existing system handled mining the deep sea.

The International Seabed Authority is a U.N. body that lets nations and private firms develop resources from the deep seabed so long as they share the proceeds, particularly with landlocked developing nations. It is recognized by more than 160 nations, though the U.S. is a notable holdout.

Environmental groups have criticized the Authority for not doing enough to safeguard fragile marine environments, but the overall model of sharing the wealth from a collective resource could still be useful. For instance, the Authority’s participants are working on a new code of ethics for deep-sea mining that would emphasize environmental sustainability. Those provisions could be mirrored on other worlds.

Similarly, the global management of Antarctica has useful parallels with the Moon. The entire continent is governed by a treaty that has avoided conflict since 1959 by freezing national territorial claims and barring military and commercial activities. Instead, the continent is reserved for “peaceful purposes” and “scientific investigation.”

A similar approach could become the core of a second attempt at a Moon Treaty, and could even accommodate a provision for commercial activity along the lines of the deep-sea mining rules. In so doing, we must also learn what has not worked in the past, such as ignoring the interests of the private sector and the developing world. Advocates are correct that defining property rights is an important precursor, but it is not a binary choice between a “global commons” or private property, rather there are a universe of rights that deserve consideration and that could provide a proper foundation for sustainable development.

But coming to an international agreement would take time, energy and a widespread willingness to view resources as common assets that should be collectively governed. All those ingredients are in short supply in a world where many countries are becoming more isolationist.

For the immediate future, other countries may or may not follow the U.S. lead, and its influence, toward privatizing space. Japan seems interested, as does Luxembourg, but China and Russia are concerned about their national security, and the European Space Agency is more inclined toward working collectively. Without better coordination, it seems likely that eventually peaceful, sustainable development of off-world resources will give way to competing claims, despite readily available examples of how to avoid conflict.

Read next: Want to turn on the new Polestar 2? Use your butt cheeks