Smeg appliances aren’t on sale for Prime Day, but these retro alternatives are 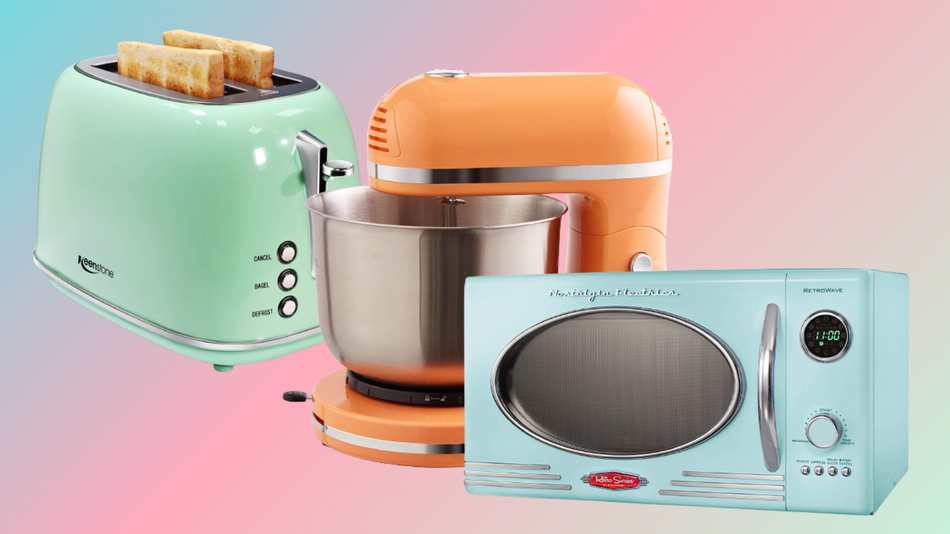 All products featured here are independently selected by our editors and writers.If you buy something through links on our site, Mashable may earn an affiliate commission.
By Leah StodartMashable Shopping2021-06-22 17:10:46 UTC

Home influencer Instagram has been in a generally beige mood for a few years now, but another vibe has infiltrated the monochrome walls and pampas grass. The maximalist throwback interior trend has puked pastel pink and blue all over Explore pages everywhere — in a good way. Kitchens seem like an easy place to start.

If you’ve been itching to splash some pastel into yours since the Smeg toaster went viral, Amazon has some great sales on retro appliances for Prime Day. Deals from Dash, Nostalgia, and more could get you a mixer and microwave for the price of one Smeg item.

(Don’t let the discount highlighted in red fool you — the pink Smeg toaster is not $50 off. Different colors and slightly different models of Smeg’s two and four-slice toasters vary, but $249.99 is the average price for the one that’s claiming a sale.)

Reheated leftovers aren’t such a boring meal with this 60s-inspired microwave. Nostalgia (the brand) nailed the nostalgia with chrome accents and a control knob, but added digital upgrades like an LED display with photo icons for presets.

Every self-proclaimed dessert lover should have a reliable mixer on their counter, even if that counter is crowded. The Delish by Dash mixer is a compact cutie with a 3.5-quart bowl (the same as Kitchenaid’s Artisan Mini) that can make five dozen cookies in one batch. A tilt head, five speeds, and included dough hooks streamline the whipping process.

Other colors at the Prime Day price include a pistachio green and creamsicle orange.

We don’t know why colorful toasters were the appliance to kickstart this trend, but this adorable Keenstone toaster is your way in. Toast both halves of a bagel, defrost waffles, or go the classic toast route with straightforward buttons, plus a knob and lever similar to Smeg’s.

A beige model is also on sale for Prime Day, as well as powder blue one listed separately.