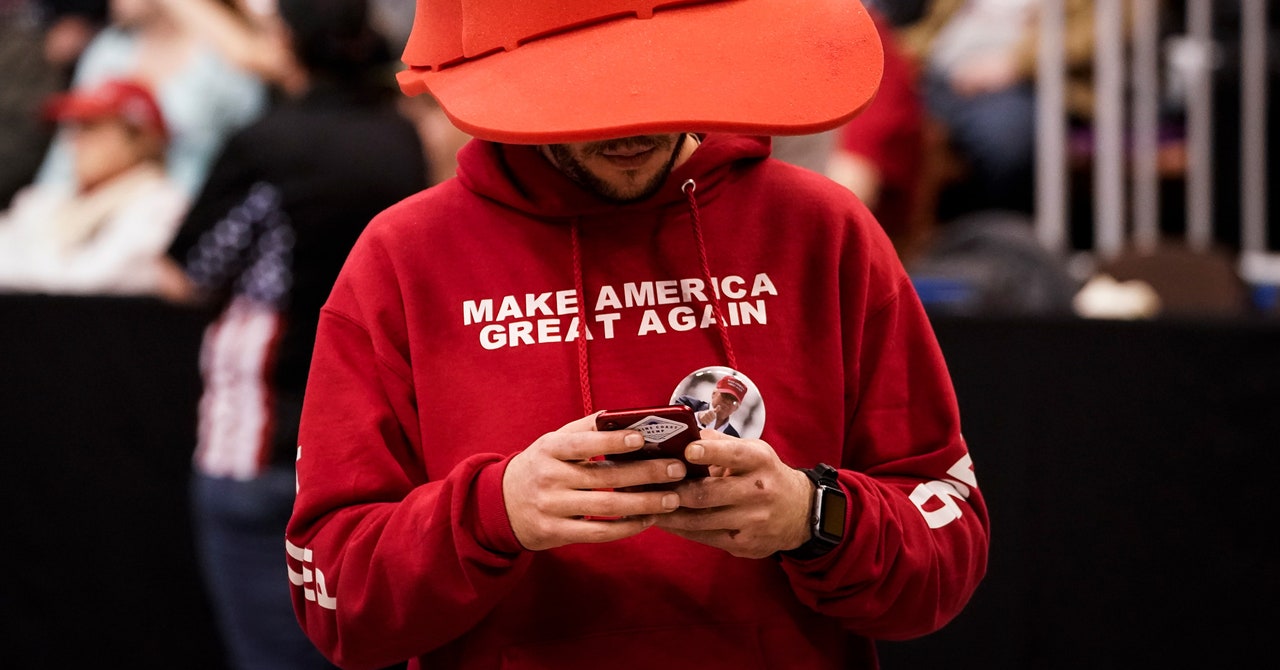 It’s a familiar story. A person in a position of power, usually a white man, is subject to social or professional sanction after someone draws attention to old, offensive comments on social media that few people noticed at the time. What makes the latest case unusual is that the white man is the president and absolutely everyone noticed the comments at the time.

On Monday morning, the streaming video platform Twitch temporarily suspended Donald Trump’s campaign account for violating its policies against “hateful content.” The company cited comments made in two recent streams. One was from Trump’s June 19 Tulsa rally, where the president described a lurid hypothetical in which “a very tough hombre is breaking into the window of a young woman whose husband is away.” The other was a rebroadcast of Trump’s 2015 campaign announcement speech, in which he infamously said of Mexican immigrants, “They’re bringing drugs. They’re bringing crime. They’re rapists. And some, I assume, are good people.” The move came on the heels of Twitch purging several accounts last week, after dozens of women spoke out about alleged sexual misconduct by prominent streamers.

Twitch’s announcement also came the same morning that Reddit revealed that it had deactivated the “The_Donald” subreddit, the biggest pro-Trump group on the site, with nearly 800,000 members. Reddit’s chief executive, Steve Huffman, told reporters that the subreddit had broken the site’s rules against allowing targeted harassment and hate speech. It was part of a larger purge of some 2,000 communities of various persuasions, most of them inactive. Reddit also said it was banning a group devoted to the left-wing podcast Chapo Trap House. (Advance Publications, which owns WIRED’s publisher, Condé Nast, is a Reddit shareholder.)

The Trump Twitch channel, one of a limited number of Twitch “partners” that can monetize through subscriptions, only had about 125,000 followers, a tiny number compared to top gamers on the platform and the president’s own 100 million-plus followers on Twitter and Facebook. And r/The_Donald, which had no official affiliation with the White House or the Trump campaign, had been inactive for months; its members had already moved to a backup site after Reddit placed the community in “restricted mode” limiting most members’ ability to post. Monday’s full ban was the final step in a string of actions against the subreddit following years of complaints about racist, homophobic, and otherwise toxic posts and harassment campaigns.

Still, the moves are the latest signs that social media platforms are newly willing to apply their rules in ways that could antagonize Trump. (A Twitch spokesperson pointed out that the platform had shared the following guidance when the Trump account was created: “Like anyone else, politicians on Twitch must adhere to our Terms of Service and Community Guidelines. We do not make exceptions for political or newsworthy content, and will take action on content reported to us that violates our rules.”) Twitter got the ball rolling in May when it began applying fact-checking and warning labels to Trump tweets that violated its policies. Last week, under pressure from a growing advertising boycott, Facebook announced it would begin implementing a similar policy. Snapchat has also recently declared it would stop promoting the Trump campaign’s channel.

Why is the dam breaking all at once? Trump ran for office on a platform whose major planks included expelling Mexicans and banning Muslims. As the “rapists” quote reminds us, he has been making comments that seem to violate policies against hate speech literally from the moment he entered politics, and platforms have had anguished internal debates about how to respond for just as long. What seems to have changed is not Trump’s behavior but platforms’ assessment of the risk of calling him out for it. Twitter’s initial Trump fact check—a pretty mild medicine—drew intense outrage from the president. But his official response, a toothless and incoherent executive order, inadvertently proved that Trump had little leverage over the platforms. It was practically an invitation to escalate, as Twitter promptly did in its treatment of Trump’s “when the looting starts, the shooting starts” tweet that appeared to threaten violence against people protesting the murder of George Floyd.