Sony WH-1000XM4: what we want to see from Sony’s new wireless headphones 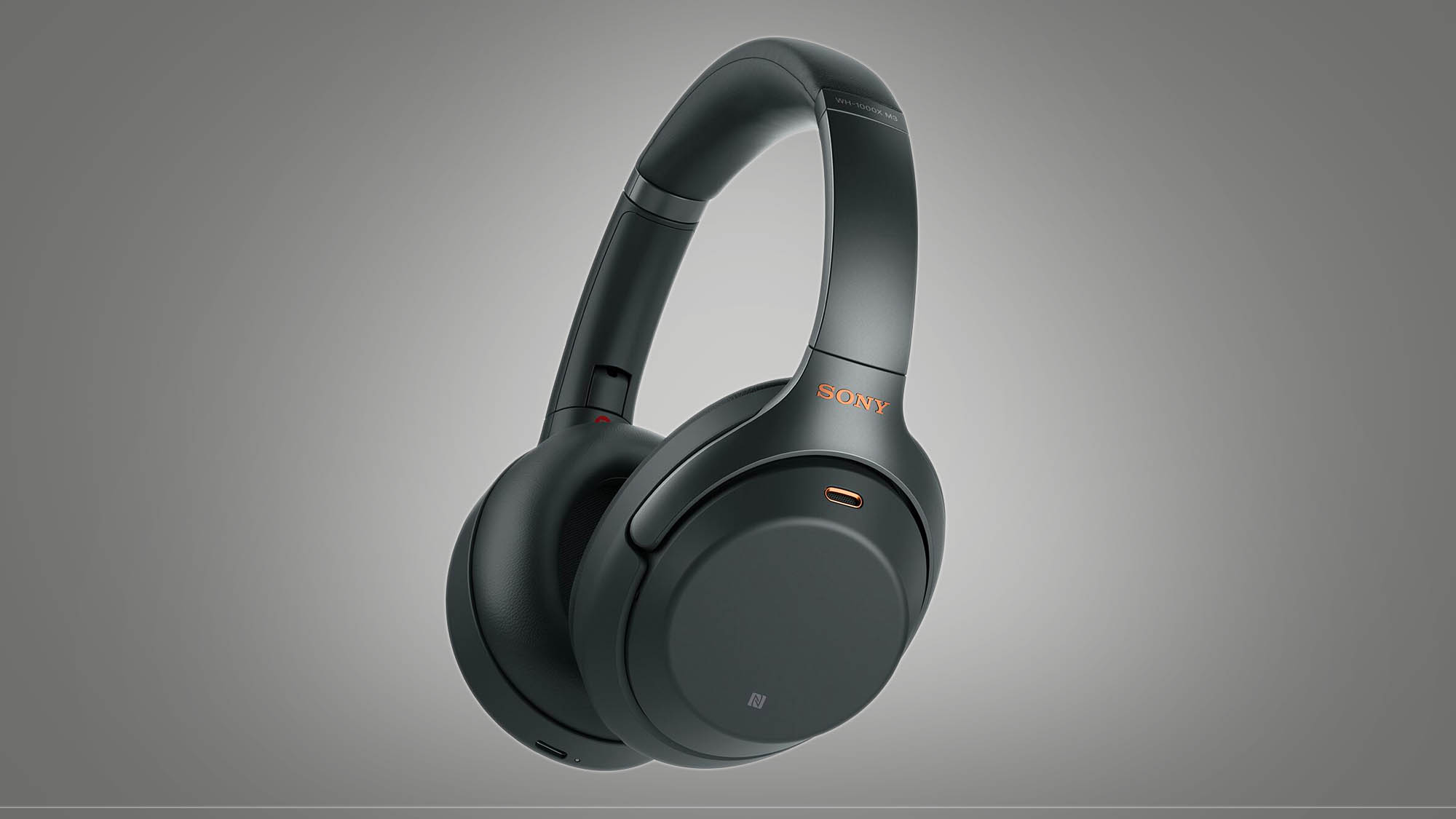 Rumors of an imminent Sony WH-1000XM4 release date have been circling since an FCC filing from Sony revealed the model number of what could be a brand new pair of noise-cancelling headphones.

Their predecessors, the Sony WH-1000XM3 Wireless Headphones have been on top of our list of the best headphones since their release way back in August 2018 – and if Sony’s upcoming headphones can build on their success, we could be in for a real winner.

Over 18 months on, and the world is ready for a new pair of noise-canceling headphones from Sony.

We don’t know much about the rumored headphones, but we can hazard an educated guess as to what the Sony WH-1000XM4 might bring to the table, as well as the features we want to see from the successor to the world’s best headphones.

[Update: New details about the Sony WH-1000XM4 have come to light, suggesting that the wireless headphones could be among the smartest cans we’ve ever seen. That’s thanks to a teardown of the Sony Headphones Connect APK (Android Application Package), which revealed features including multi-point pairing, ‘Smart Taking’, audio upscaling, and location-based adaptive noise cancellation.]

At this stage, we only have the FCC filing, which doesn’t give a firm indication of release date. Clearing an FCC filing usually suggests that a launch is imminent, although the filing was discovered way back in December.

We were hoping to see the Sony WH-1000XM4 are CES 2020 in Las Vegas, but the tech show came and went with no mention of the new cans.

We thought they may get shown off at MWC in February, before the event was canceled – which could have led Sony to reshuffle their announcement plans.

Whether the coronavirus pandemic has pushed the Sony WH-1000XM4 release date back is unknown.

At this stage, Sony hasn’t confirmed the existence of the WH-1000XM4, let alone the price – however, we can hazard a guess based on previous Sony headphones.

Recent leaks support this theory. According to The Walkman Blog, “Best Buy US had the Sony WH-1000XM4 up on their site a bit but pulled the listing down a few days ago” – but not before the publication posted screengrabs of the listing, revealing a price of $349.99.

What new features will we get with the Sony WH-1000XM4 headphones? A recent leak based on a teardown of the Sony Connect APK (Android Application Package) suggests that they could be among the smartest headphones we’ve ever seen.

According to Twitter user @justplayinghard, the Sony WH-1000XM4 will be able to connect to more than one device at once, allowing you to quickly switch between them – this appears to be limited to two devices, however.

A ‘Smart Talking’ feature will reportedly allow Sony WH-1000XM4 detect a voice, they’ll automatically enable ambient sound, allowing environmental noise to pass through the headphones so you can hear the conversation without removing your earcups. After a time of your choosing (Fast, Mid, Slow, or None), the noise cancellation will be restored.

According to XDA Developers (which corroborated the leaks with its own teardown), “users will also be able to adjust the voice detection sensitivity from Auto (based on ambient sound), High, or Low in case users find that it activates too often (such as when the person speaking is close by) or too little (such as when you’re in a vehicle). You can toggle this setting either from within the app or from (likely) the NC/Ambient button on the headphones.”

The Sony WH-1000XM4 will also reportedly “be able to change some (if not all) headphone settings based on your location (set locations or your own) and uses [sic] Google Maps API for it”.

It looks like the audio quality will be improved, too. The Sony Connect app teardown revealed strings of code for something called ‘DSEE Extreme’.

The Sony WH-1000XM3 already use a feature called DSEE HX to upscale sound sources to higher quality – DSEE Extreme is likely an upgraded version of this technology.

Photos of the cans were seemingly leaked by Twitter user Everton Favretto in an Anatel listing – Brazil’s version of the FCC (via The Verge).

The photos showed a near-identical design to the WH-1000XM3s – something that’s been corroborated by the APK teardown, which has suggested that the headphones design won’t change drastically, and that they’ll come in black, white, and silver.

though an accompanying user manual points to latest Bluetooth 5.0 standard (rather than Bluetooth 4.2) for better wireless connection at larger distances, as well as a reduced 2V power usage (down from 8V), which should make the cans more economical and aid battery life (now set at 40 hours instead of 36 hours).

There’s also mention of a ‘speak to chat’ feature which should let you use a wake word to speak to a voice assistant, rather than use a dedicated button.

None of this is officially confirmed, though – and we have our own list of features we actually want to see when the headphones eventually release.

The noise cancellation offered by the Sony WH-1000XM3 Wireless Headphones is undoubtedly very good – the best, in fact. However, innovations in noise-canceling technology means that we could see an upgrade in the new Sony WH-1000XM4.

The Sony WH-1000XM3 successfully fought off competition from Bose in 2019, Sony could take a leaf from its competitor’s book and apply noise-cancellation to phone calls as well as music, just like the Bose Noise Cancelling Headphones 700.

These Bose headphones use an eight-microphone system; six of which enable traditional noise cancellation so you can hear your music uninterrupted.

Two of these microphones are paired with two separate mics, which work together to isolate your voice and reject environmental noise during phone calls. This means that your voice sounds clearer to the person on the end of the line, with less background noise getting in the way of your conversation.

When using the Bose Noise Cancelling Headphones 700, we found the call quality to be remarkably clear, even when walking on a busy London street. It’s a big selling point of these Bose cans, so we wouldn’t be surprised to see a similar microphone array in the new WH-1000XM4.

Again, the Sony WH-1000XM3 Wireless Headphones sound fantastic – but 18 months on, we’d be disappointed if the new cans  didn’t sound better than their predecessors.

The current Sony cans use 40mm dome-type dynamic drivers, which do a great job of displacing air and creating a powerful sound – to improve this sound even further, Sony could opt to use a premium driver material like beryllium like the Focal Stellia headphones.

Sony may also swap its copper-clad aluminum voice coils for ones made of pure copper, which are lighter, more malleable, and less susceptible to electromagnetic interference than their aluminum counterparts.

The new Sony WH-1000XM4 could have better connectivity than previous models if Sony decides to use Qualcomm’s latest Bluetooth codec, aptX Adaptive, which delivers lower latency, higher resolution wireless audio than its predecessors.

Headphones using this codec, like the Bowers & Wilkins PX5 Wireless Headphones, operate with low latency when you’re watching videos or playing games, avoiding that annoying lag between audio and visual that sometimes occurs over Bluetooth.

This codec also allows for the delivery of Hi-Res Audio over a wireless connection, leading to better-sounding music.

If you were thinking of buying the Sony WH-1000XM3, you may be put off by the idea of a new model taking their place in the near future.

However, the current noise-cancelling Sony headphones could be a great option if you’re looking to save money – since Black Friday, we’ve seen some great Sony WH-1000XM3 deals.

In fact, they recently hit their lowest price ever at Walmart in the US, and we’ve seen similar price drops in the UK, too.

Check out the best Sony WH-1000XM3 prices in your region below: