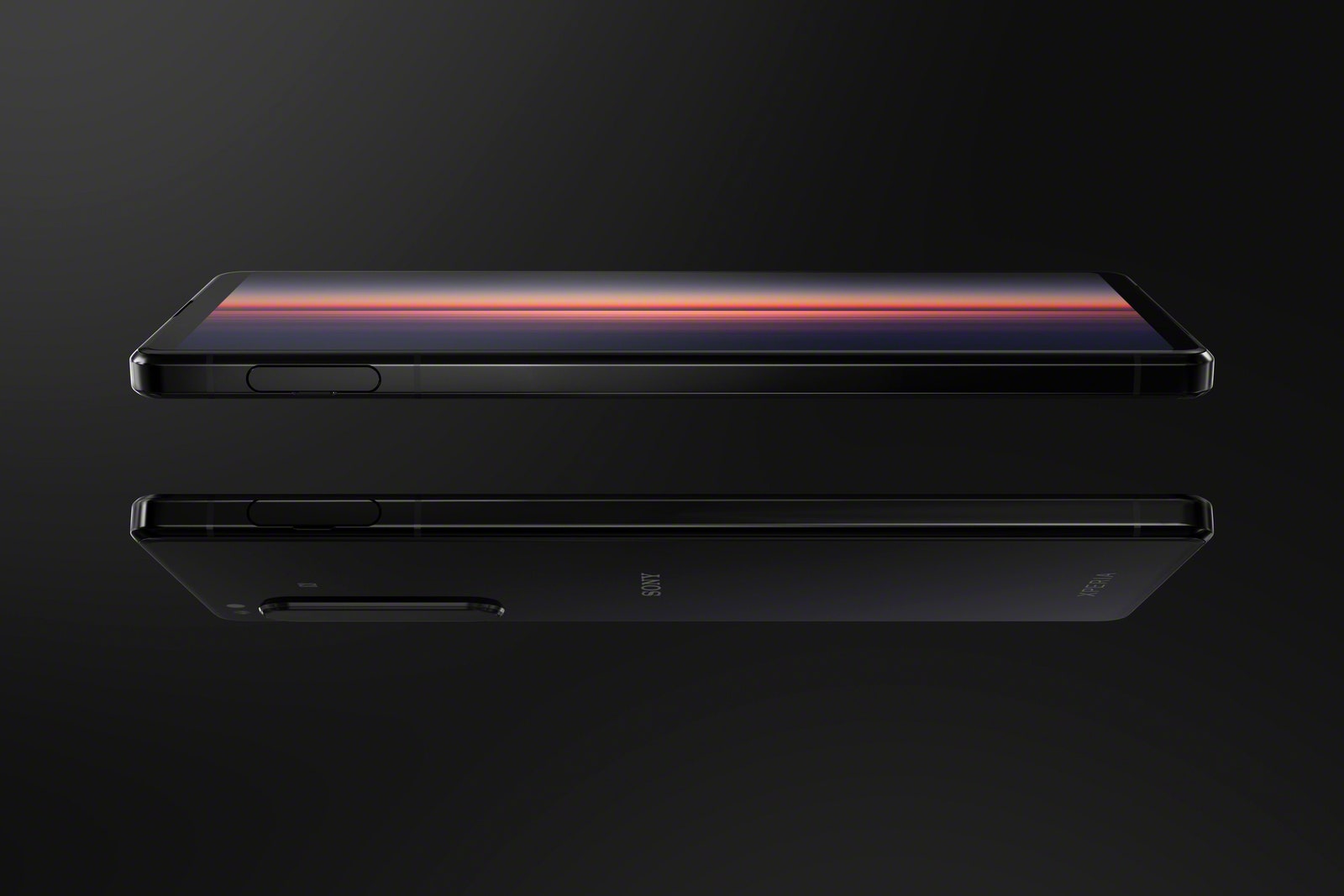 The last time I saw a Sony Xperia phone in the wild was when I visited Japan in 2018. A sea of Xperias, iPhones, and the occasional Nintendo Switch stood out in Tokyo’s bustling (and punctual!) Metro subway. I don’t think I’ll ever see such a sight anywhere else in the world, and that’s a shame. I say that because Sony now owns less than 1 percent of the global smartphone market share, yet the new Xperia 1 II is (so far) one of my favorite phones of the year.

If you told me in January that I’d write the last part of that sentence, I’d have laughed. But hey, 2020 has been filled with shock and surprise. After years of testing Sony phones that didn’t quite click, what makes this one so special? Well, it’s a complete package—from a wonderfully cinematic screen, solid battery life, and a strong camera system, to reliable build quality and simple software. This is the best smartphone Sony has ever made.

But—and there’s always a but—it’s not without flaws. I mean, can we talk about the name? For clarity, it’s pronounced Xperia “One Mark Two,” following the naming structure of things like Sony’s own A9 II camera or Iron Man’s suits). That doesn’t stop me (and inevitably, most people) from calling it the Xperia One Two. Also, it’s $1,200—a very steep asking price even if we weren’t in a climate where more than 40 million Americans are out of a job.

Sony Xperia 1 II, portrait mode. This is one of the few shots portrait mode shots I really like. Often, the software makes errors when applying the blur effect around the outline of a subject.

If you prize the camera experience on a phone above everything else, it’s worth looking at the Xperia 1 II. Its best traits lie in its camera system, which was co-developed with Sony engineers that make its popular Alpha 9 mirrorless cameras. Most people just want to point their phone at a subject and tap a button to get a photo. And you can do that with the Xperia 1 II, but Sony is explicitly targeting the photo enthusiasts and professionals, people who like to manually tinker with their camera settings to control every aspect of a shot.

There are three 12-megapixel cameras: a zoom, an ultrawide, and the main camera, which has a large, 1/1.7-inch image sensor (that’s bigger than the one in the iPhone 11 Pro). A larger sensor gives it the ability to take in more light for better night photos.

This is one of my favorite camera systems since the Google Pixel 4; in fact, the Xperia sometimes surpasses the Pixel in image quality. Photos snapped during the day are wonderfully rich in detail and color, and despite no dedicated night mode, the Xperia 1 II manages to generate surprisingly well-lit images with little noise at night. That even extends to the zoom and ultrawide-angle cameras, though to a slightly lesser degree.

The faults start to show when you shoot high-contrast scenes. You can see a comparison with the Pixel 4 in the photo gallery (the photo of the girl and the dog), where Google’s phone is much more capable of keeping the whole scene exposed correctly, whereas the Xperia captures a frame that’s blindingly white on one side. The Xperia 1 II’s dedicated portrait mode can sometimes snap something magical like the example in the gallery of my dog, where you can see all the pores in my dog’s very boopable nose. More often however, portrait mode can miss by making bokeh errors around a subject.

More importantly, the camera is less forgiving than phones like the Pixel when it comes to camera shake. This is particularly true in low-light scenes—keeping the phone steady as much as possible goes a long way to ensuring a blur-free result. It means the Pixel 4 is the more consistent performer of the two, as I usually had to retake a photo, tap on the screen, or fiddle around with something on the Xperia.

A few of the inconsistencies I found in the default camera app, like frequently over-exposed photos, can be avoided by switching to Sony’s Photography Pro app, which comes pre-installed on the phone. It offers far more granular controls than what you get on most other smartphones—even those with dedicated manual modes in the camera app. You’ll find an interface that’s very similar to the one on Sony’s professional cameras, allowing you the option to set things like the shutter speed, ISO, focus area, auto or manual focus, auto-exposure lock, and continuous shooting mode.

This app mimics the feel of using a professional camera, but it can’t quite match the ergonomic experience of twiddling with a camera’s physical knobs and buttons (though there is a physical shutter button on the edge of the phone). Still, I can’t deny that the Xperia 1 II comes close to the real thing. I’ve taken far more photos with this phone than many others I’ve tested this year because it makes me feel more creative, which is precisely what I want from my gear.

What makes taking photos on this phone fun are features like Eye Autofocus (AF), a trick pulled from Sony’s professional cameras where the camera can recognize a subject’s eyes and keep them in focus. It works on people and pets, and it usually does a good job of tracking and maintaining focus automatically. The camera also knows what it should focus on when you use AF-ON in Photo Pro, and this is most evident in the continuous burst shooting mode. Just press and hold the shutter, and it snaps 20 frames per second and maintains exposure and focus throughout. It works like a charm, focusing accurately on all 85 photos I snapped of my dog as he ran toward me.

Photos are stored as JPEGs right now, but Sony says RAW support is on the way. When that arrives, it will give you greater control when you’re editing them in apps like Adobe Lightroom.

Another app that comes pre-installed is Cinematography Pro, which I daresay I had a little more fun with. It shoots in 4K with a widescreen 21:9 aspect ratio and at 24 frames per second, making all your clips look like they’re from an indie film. You can also shoot at 120 fps for some cinematic-looking slow motion, as well as tweak settings like shutter speed, and even pull manual focus. Not to mention the pre-loaded “looks” you can add to your footage for a color-graded effect.

If you’re serious about shooting video, you should pair this phone with some type of smartphone gimbal or tripod, as its image stabilization mechanism could be better. I also noticed autofocus isn’t as strong in video as it is in photos. Still, I had a blast shooting videos with this Xperia. Samsung and Apple’s phones might be able to capture some of the technically best and expertly stabilized videos, but Sony will let you have fun along the way.

And the rest of the phone? I don’t have much to complain about. I love the way it sits in my hand. It’s very narrow—because of the 6.5-inch screen’s 21:9 aspect ratio, it feels like you’re holding a TV remote. My hands are able to wrap around it, and I can reach most parts of the display easily (though I have large hands so you might have more difficulty). Plus, the fingerprint sensor is on the right edge of the phone, and it’s proven to be faster and more accurate than most in-display fingerprint sensors on other phones today.

The 4K HDR OLED screen is a visual treat, offering up delectably beautiful colors in films like Spider-Man: Into the Spider-Verse on Netflix. Paired with the front-facing stereo speakers, it makes for an excellent way to watch anything when you’re away from your TV. My only complaint about the screen? It’s too darn dim in sunny conditions outdoors.

I’ve had no trouble with the battery—the 4,000-mAh cell often lasts me the entire day with heavy use—and the Snapdragon 865 chip with 8 gigabytes of RAM inside keeps performance buttery smooth. The software experience is an uncluttered form of stock Android too with little to no bloatware, and Sony says it usually attempts to offer two years of software updates, which is good to hear.

I’ve encountered a few minor bugs, like how during phone calls the screen sometimes doesn’t turn off when it’s up to my ear, so my cheek ends up hitting the mute button. And the phone also retains the classic Sony trait of being way too slippery. I’ll admit, I’m impressed I haven’t shattered the screen or glass back with how many times this phone has slid off surfaces (or out of my pocket while I’m sitting), but it has suffered some scuffs around the edges. I strongly suggest you get a case.

But overall, I’m surprised at how much I’ve enjoyed using this Xperia—so much so that I didn’t want to switch back to another phone, which is truly a first for me when it comes to Sony phones. Oh, did I also mention you get a headphone jack, wireless charging, 256 GB of storage, a MicroSD card slot, and IP65/68-rated water resistance?

Most phone manufacturers cite 5G, the next-gen mobile network, as a reason for higher prices. Unfortunately, the Xperia 1 II doesn’t support 5G in the US, though it does support it internationally. Normally I wouldn’t care, as 5G networks are nascent and don’t offer much value yet, but the lack of its presence here makes the $1,200 price tag a bit of a head-scratcher. The phone doesn’t go on sale until July 24, but if you pre-order the device from retailers like B&H, you can get Sony’s excellent WF-1000XM3 earbuds bundled in for free. Those buds are normally $200, which makes the high cost of the phone a bit more stomachable.

I think this phone is best suited to tinkerers—folks that don’t mind fiddling around with settings to get the display calibrated exactly right, messing the equalizer to tune the audio to their liking, or futzing with the camera controls to grab a better shot. If that’s not you, look to phones like the Pixel 4 or iPhone 11, which have equally great cameras that don’t require you to do as much work to get a stunning result. We also have plenty of other options in our Best Android Phones and Best Cheap Phones guides.