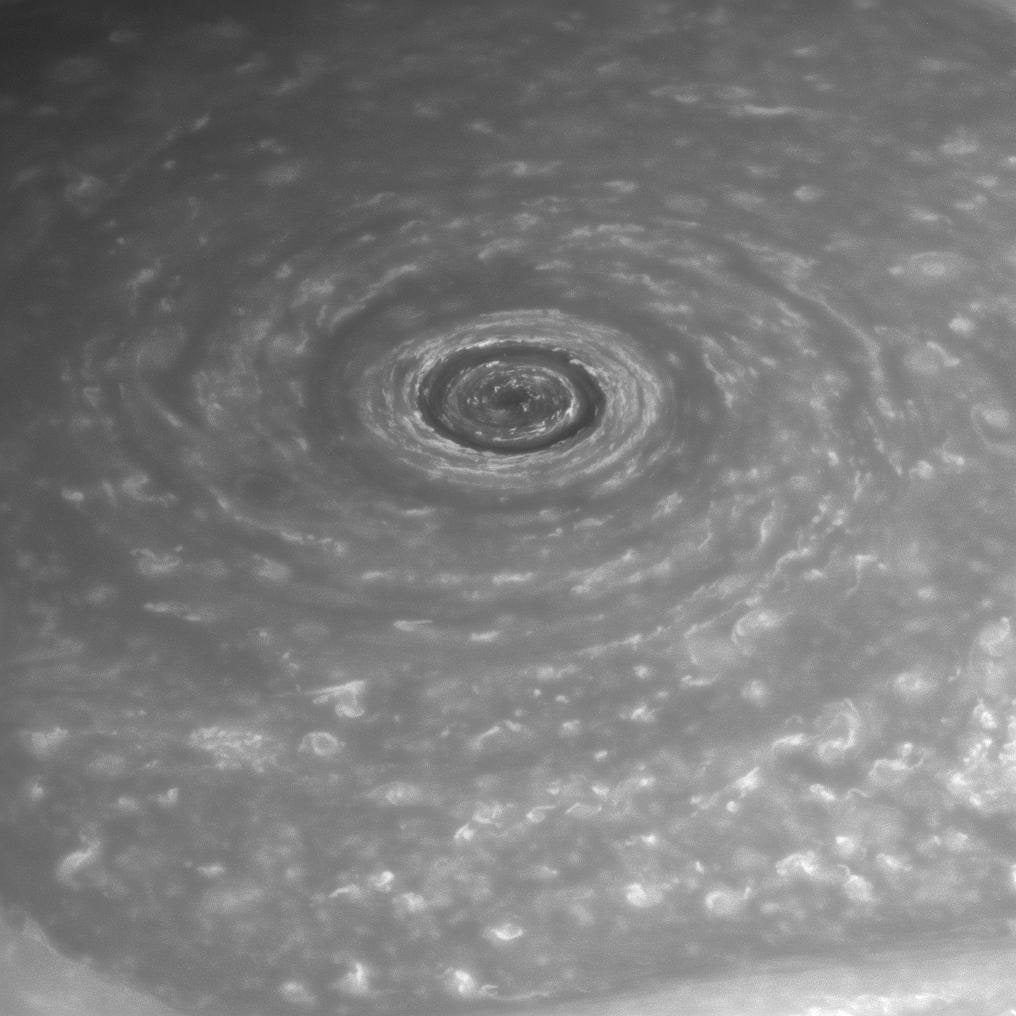 In 1997, NASA launched a spacecraft to Saturn. This intrepid explorer called Cassini, spent the better part of 13 years orbiting Saturn and studying it and the planet’s many moons. Not only did Cassini discover new small moons around Saturn, but it found geysers of water shooting out from a small moon called Enceladus. Cassini also found odd-shaped storms in Saturn’s atmosphere, and material like carbon, methane, ethane, and nitrogen in the atmosphere of Saturn’s largest moon, Titan.

As time passed, the team realized the spacecraft was running low on fuel and decided its last year in orbit around Saturn would be a doozy. They knew the craft would crash into the planet at the end anyway, so the team took risks, sending Cassini swooping through the rings of Saturn, flying out by the moons and speeding back in. These grand finale orbits made for some spectacular photos. In honor of this remarkable mission, we are all going to break quarantine and go to Saturn.