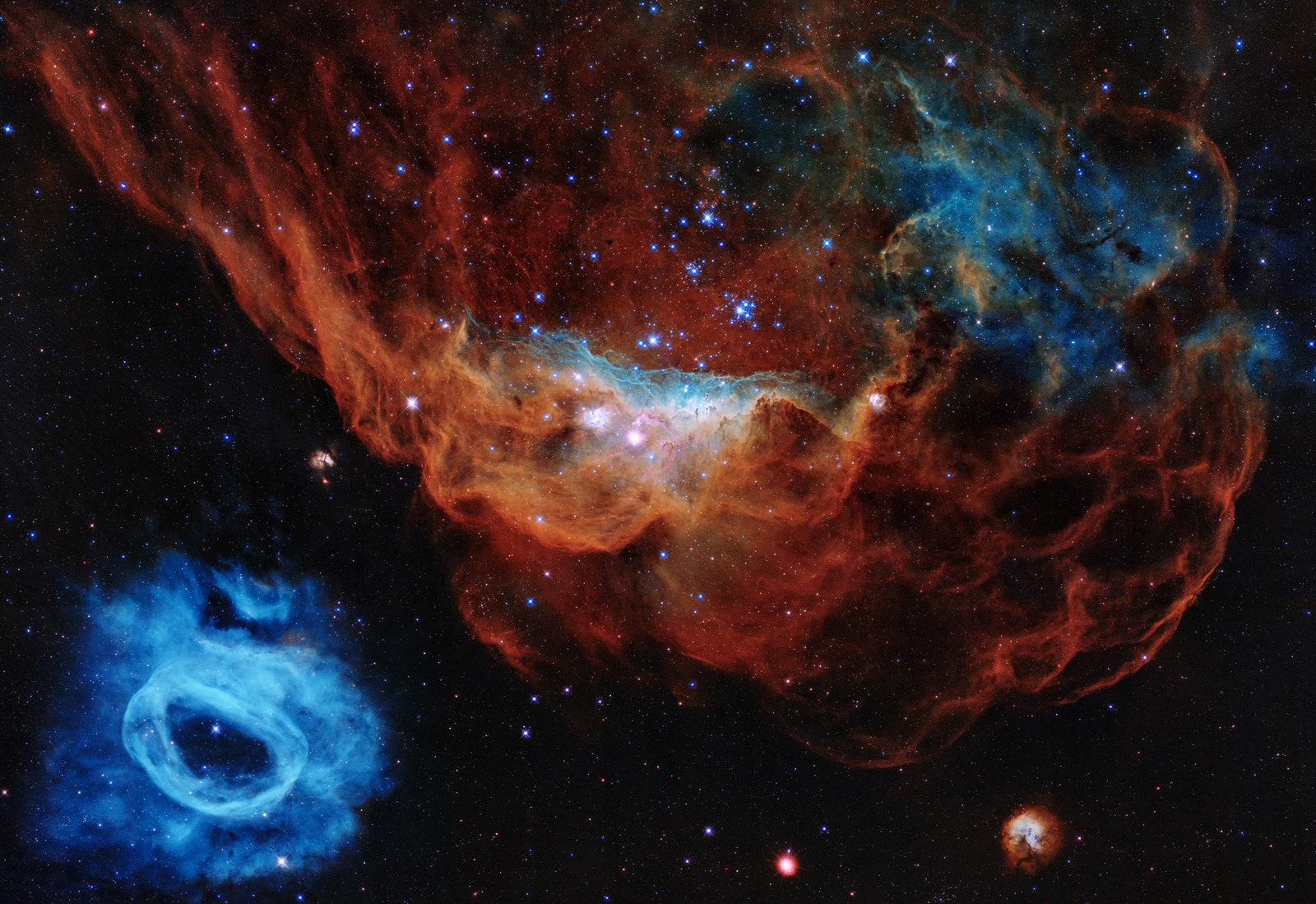 NASA launched the Hubble Space Telescope on April 24,1990, and Hubble has been busy observing the universe ever since. In honor of its 30th birthday, we’ll explore some of its most memorable and mind-blowing photos, starting with the anniversary photo. This image contains two nebulas both nicknamed the Cosmic Reef. When stars are born or when they die, they often shed material with such great force that it molds and shapes the environment around the star, creating a nebula. Some nebulas are created by the death of a singular star, while others are existing interstellar dust and gas that function as stellar nurseries for young stars. Some of the most famous nebulas are in the shape of horseheads, crabs, and other fanciful objects.

Hubble has taught us a lot in its 30 years. Thanks to Hubble we now know that our galaxy is just one of many hundreds of billions in the universe. Because Hubble is able to study such distant galaxies, it can tell scientists more about the expansion of the universe. Studying these galaxies also helped scientists get an idea of the approximate age of the universe, about 13.8 billion years old.

Grab your birthday candles and paper hats, because this week, we’re singing to Hubble.