SpaceX is launching its latest batch of internet satellites, including one with a visor 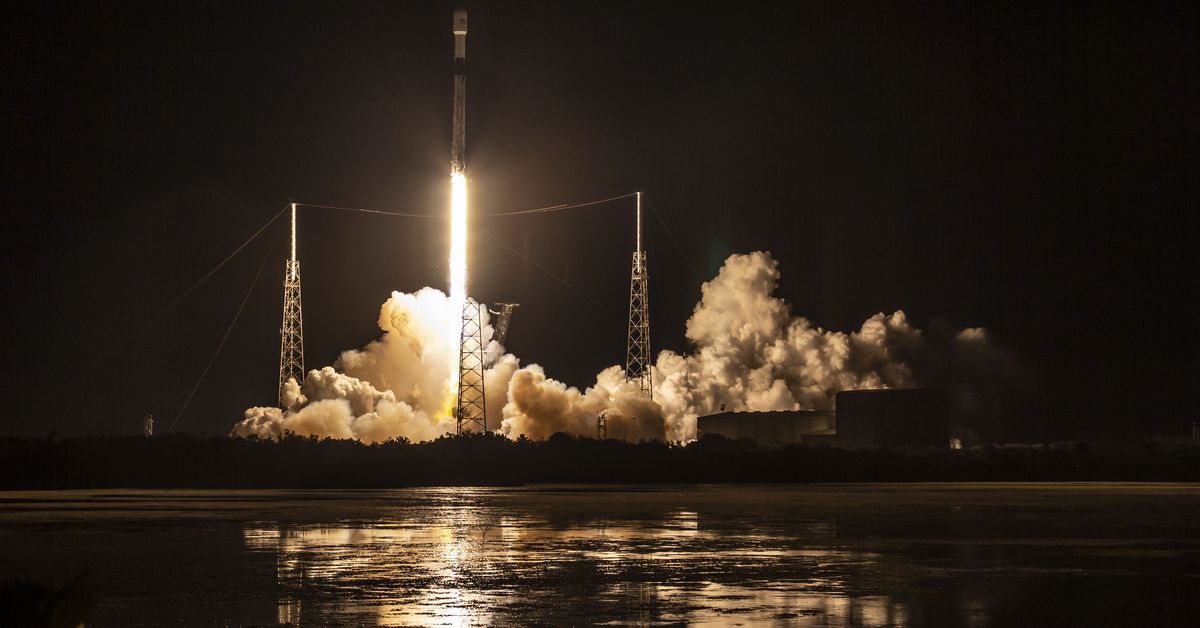 Less than a week after sending its first astronauts into space, SpaceX is already preparing for another launch of its Falcon 9 rocket, though this flight will only carry satellites to orbit. From the Florida coast, the company is slated to launch the latest batch of 60 internet-beaming satellites for its ever-growing Starlink constellation on Wednesday night.

Once this mission takes off, SpaceX will have launched a little more than 480 of its Starlink satellites into orbit. That’s only a small fraction of the nearly 12,000 Starlink satellites that the company has permission to launch. The goal of the massive project is to provide global internet coverage from space. The satellites are designed to beam broadband connectivity down to the Earth below, with customers tapping into the system via personal user terminals.

This launch will include one satellite that’s slightly different than the rest. That particular spacecraft will have a visor — or a sunshade — that the vehicle will deploy when it’s in space. The visor is designed to block light from the Sun, keeping it from reflecting on the shiniest parts of the satellite, notably their antennas. That way, the satellite appears less bright in the sky.

This sunshade is SpaceX’s latest attempt to dampen the brightness of its satellites, which appear particularly bright in the sky during sunrise and sunset on Earth. At these times, the sunlight hits these objects when people are shrouded in darkness on the Earth below, making them shine in the sky. It’s something that has caused major concern for those in the astronomy community, who are worried that the bright satellites could muck up their observations of the Universe. Astronomers often rely on taking long exposure images of the night sky, and a bright satellite passing through an image leaves a long white streak that can ruin a shot.

SpaceX has had ongoing communications with astronomers about how to fix the problem, and the company even tried covering one of its Starlink satellites with an experimental coating to make it appear darker. That coating did darken the satellite, though one analysis argued it was not enough to allay the fears of astronomers. Now, SpaceX is trying the sunshade, and it’s got some other ideas in the works, too. On its website, SpaceX notes that it will eventually attempt to reorient the satellites when they first launch to lessen their brightness while they raise their orbits. This change is still in the works, according to SpaceX, as it will require a software update.

For now, SpaceX is focused on the sunshade method, though the other 59 satellites on this launch will not include the new hardware. Depending on how this one experiment goes, it’s possible more will launch with the shade in the future.

Takeoff of SpaceX’s Falcon 9 rocket is slated for 9:25PM ET out of the Cape Canaveral Air Force Station in Florida. This the fifth mission that this particular rocket will take to space. SpaceX will attempt to land the Falcon 9 on one of its drone ships in the Atlantic following the launch, too, meaning it could even fly for a sixth time. Two of SpaceX’s giant net-wielding boats will also attempt to catch the two halves of the rocket’s nose cone — the bulbous structure that shields the satellites at the top of the rocket during the climb to space.

Weather is looking a bit iffy for launch, with only a 60 percent chance of favorable conditions. If SpaceX can’t get off the ground today, the company has a backup launch date at 9:03PM ET tomorrow. SpaceX’s live stream will begin about 10 minutes before takeoff, so check back then if you’re in the mood to watch another Falcon 9 take to the skies.