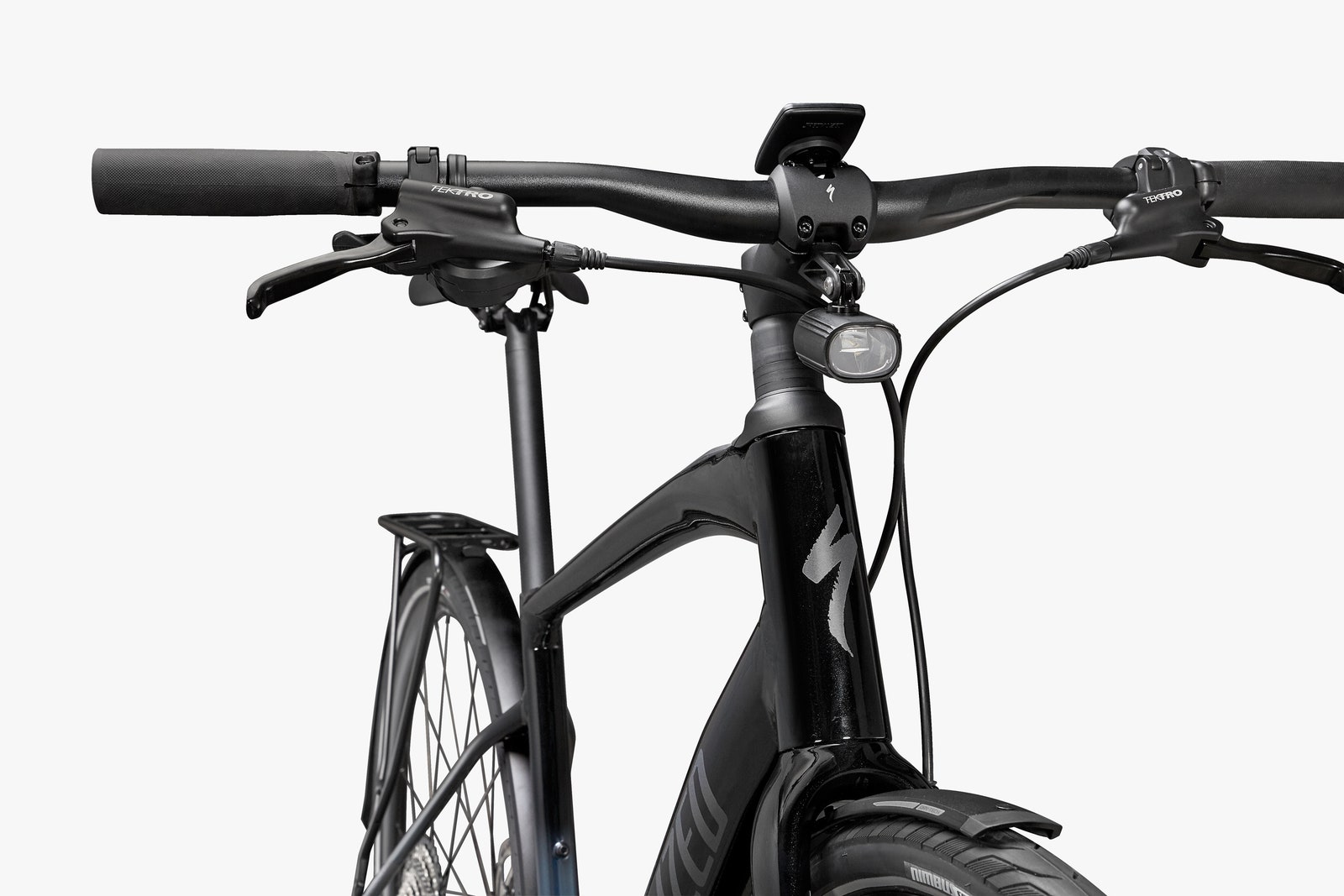 I biked to the beach the other day. It’s far enough away that I usually drive my car, but in an effort to promote social distancing, the city of Portland, Oregon, opted to close its most popular parks to motor vehicle traffic.

OK, I should clarify. I e-biked to the beach. (Yes, technically, an electric bike is a motor vehicle, but at least I don’t need a parking space?) I pedaled on Specialized’s new lightweight electric commuter bike, the Vado SL, and it’s currently my dream steed of choice. It’s pricey, but light, powerful, and maneuverable—great for anyone who is currently covering many more miles by bike than normal.

To get to the beach, I bumped through bike lanes, followed painted arrows through a weird, complicated crosswalk, and swooped over a bridge that swung high over a slough. I picked up speed on a paved path on a truck route, and cackled as I overtook serious cyclists in skin-tight jerseys. The beach was gloriously empty. I looked at it for a bit, then hopped on the ebike to head home.

Why would you pick a pricey bike by a high-end bike manufacturer, like Specialized, versus a more affordable one designed by a startup or a software engineer? Well, Specialized has been building bikes since 1981. They have a lot of experience with bikes and bikers, so I wasn’t surprised that the Vado SL is one of the most fun bikes I’ve ridden.

A lot of that love might come from personal preference. The Vado SL has a hybrid frame, which is just like the first bike frame I ever rode. It has a typical road bike frame, but sturdier, with slightly bigger wheels and flat handlebars for a more stable grip. It’s an incredibly versatile frame style. You can quickly scootch from pavement to dirt and gravel in comfort, and the flat handlebars make it much easier to steer. That’s an underestimated factor in city bikes, since I often find myself dodging telephone poles that pop out of nowhere.

SL stands for “super light,” and it is. I’m 5’2″ and rode the XS frame, which weighs 33 pounds—only a few pounds heavier than my steel mountain bike. Unlike the vast majority of ebikes, it’s light enough to hang on bike hooks in my shed, carry upstairs, or swing through my gate. That also makes it much easier to maneuver.

It also has a hidden shock-absorbing spring that takes the force of any bumps and cushions the rider over rough terrain. Most road bikes don’t have suspension. Mountain bikes usually do, but that makes them a lot heavier. Specialized compromised by hiding 20 millimeters of suspension in the bike’s head tube, under the handlebars.

This doesn’t seem like it should work. After all, the head tube can’t compress. But I felt it when I was absentmindedly biking to the UPS store and hit an enormous pothole without seeing it. It was a jolt, and on a normal bike it would’ve rattled the handlebars right out of my hands. The Vado SL stayed steady and my chin remained un-cheese-gratered.

It’s both weird and not weird that I haven’t mentioned Specialized’s custom motor yet. It is a tiny SL 1.1 mid-drive motor, which was designed for their high-performance electric road bikes with 3 graduated assist modes. It’s powered by a slim 320-KWh battery that’s integrated into the bike’s down tube.

I never thought about the motor—because I never had to. You can control the bike’s assistance levels via buttons on the handlebar. But if you download Specialized’s Mission Control app, you can—in addition to diagnosing your bike’s problems, tracking stats, and checking a map—also turn on Smart Control.

Smart Control crunches a lot of data. It estimates the amount of energy that the bike consumes over the course of an estimated ride length, time, or distance. You can input desired factors, like connecting a heart rate monitor to keep your HR at a certain level. But once you’ve toggled it on, it automatically adjusts the level of assistance you need.

Smart Control made it unnervingly easy to ride the bike. It was only after a week that I realized that when Smart Control was on, I never adjusted the assistance level. For example, the bike ride to my house from downtown Portland is a long, boring climb that has induced many a teary temper tantrum late at night.

With Smart Control on, I turned right onto the street back up to my house and … went fast. Really fast! I shifted to bigger and bigger gears, but still felt a comfortable amount of torque on the pedals. I went faster and faster. I triggered the speed limit warning signs as I crept up above 20 mph.

It still felt like I was biking under my own steam, just that I had—suddenly and with no training whatsoever—grown Greg Lemond’s quads. I was free with the electric assistance and rode a lot of hills, and got the battery to 25 percent after 40 miles. That’s short of the estimated top limit of 80 miles, but well within the range of most ebike batteries. You can also add range extenders. Just be sure to downshift before you come to a stop. Even with e-assistance, it’s hard to get going again if you’ve put on the biggest gear.

It is worth mentioning that those 40 miles were within three days. That’s not a remarkable feat for a serious cyclist, but for someone who rides mainly in jorts, it’s a lot of miles. I couldn’t get off this bike. It was so much fun to take off that it made me feel like a little kid again, like I could adroitly negotiate rutted dirt paths and tree roots and zip off streets at incredible speeds. It’s the first ebike I’ve ridden that doesn’t feel like an ebike at all, and that’s a great thing.

The equipped version doesn’t include a phone mount, but you get integrated headlamps, a bell, a rack, and extremely long, flexible fenders that sluice water away from you, not splashing it up into your face. If you have the cash to spare, even the extras on the Vado SL are top-notch. And the paint job is fierce.