Study: Volcanoes on Mars were to blame for massive mud flows, not lava 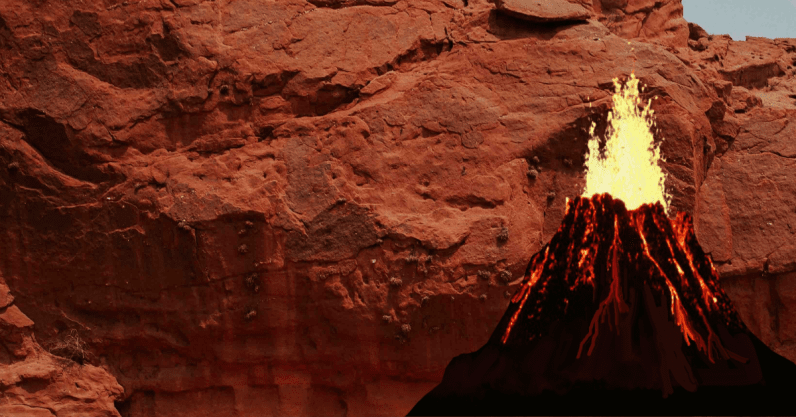 Mud volcanoes on Mars could be the cause of distinctive features that most researchers had thought were left over from ancient lava flows. Tens of thousands of channels spread out over the Martian surface. Hundreds of kilometers long, and tens of miles wide, these ribbon canyons reach far across the ruddy landscape of Mars.

Planetary science suggests these features were carved out as massive floods, comparable in size to the largest ever seen on Earth, tore across the surface of Mars long ago. As the water settled into the Martian crust, it (naturally) formed mud. Rapid freezing could have led to eruptions of mud in the regions, the study concludes.

“The rapid burial of water-rich sediments after such flooding could have led to sedimentary volcanism, in which mixtures of sediment and water (mud) erupt to the surface. Tens of thousands of volcano-like landforms populate the northern lowlands and other local [high sediment regions] on Mars,” researchers explained in an article published in Nature Geoscience.

Cold, thin, and always being photographed. Yep, it’s a model

Using the Mars Chamber at the Open University, researchers developed simulations of mud moving across the surface of the Red Planet. These models simulated frigid temperatures, as well as low pressures, like those seen today on Mars.

The team poured thin mud over a cold, sandy surface inside the Mars Chamber, as multiple cameras recorded the behavior of the materials within the chamber.

At the end of the experiment, the team found that flows created in the chamber were similar to those seen on Earth — specifically, pahoehoe flows found in Iceland and Hawaii.

This study suggests that the wet sediment, exposed to the low pressures and frigid temperatures of Mars, could have created regions replete with volcanoes of mud.

“Most people assume hot magmatic volcanic activity created all the features we see on Mars, but it looks like some of them may in fact be due to mud volcanism — meaning a potentially different geological history for Mars in terms of assumed volcanic activity,” Dr. Manish Patel, Senior Lecturer in Planetary Sciences at The Open University, states.

Sometimes, you can be too thin…

The atmosphere of Mars is exceedingly thin — less than one percent as dense as that found at sea level on Earth. In these conditions, water turns unstable, and quickly boils away, evaporating into the atmosphere. This process removes heat from the mud, resulting in a quick freeze of the muddy surface.

The study showed that liquid mud could erupt from under the frozen surface of these regions. Soon after erupting from the frozen crust, the liquid quickly freezes, forming a new flow lobe.

However, the mud flows formed under Martian conditions formed differently than similar experiments done under Earth like conditions. The unusual shapes formed under these conditions are similar to those seen in the mighty channels of Mars. The video below shows a look inside the experiment, as researchers model the flow of mud on the surface of Mars.

Mud volcanoes can be found on Earth, but they are far different than their counterparts on Mars. Recent research has revealed that water-rich volcanoes exist on many moons around the Solar System — possibly even the asteroid Ceres.

“We performed experiments in a vacuum chamber to simulate the release of mud on Mars. This is of interest because we see many flow-like features on Mars in spacecraft images, but they have not yet been visited by any of the roving vehicles on the surface and there is some ambiguity about whether they are flows of lava or mud,” explained Lionel Wilson, professor of Earth and Planetary Sciences at Lancaster University.

Ceres, the largest asteroid in the main asteroid belt between Mars and Jupiter, is thought to possess a vast muddy ocean under its frozen crust. If so, this study could help explain geological processes happening within the diminutive planetoid and other small, icy bodies throughout the Solar System.