Tap Strap 2 Review: An Answer in Search of a Question 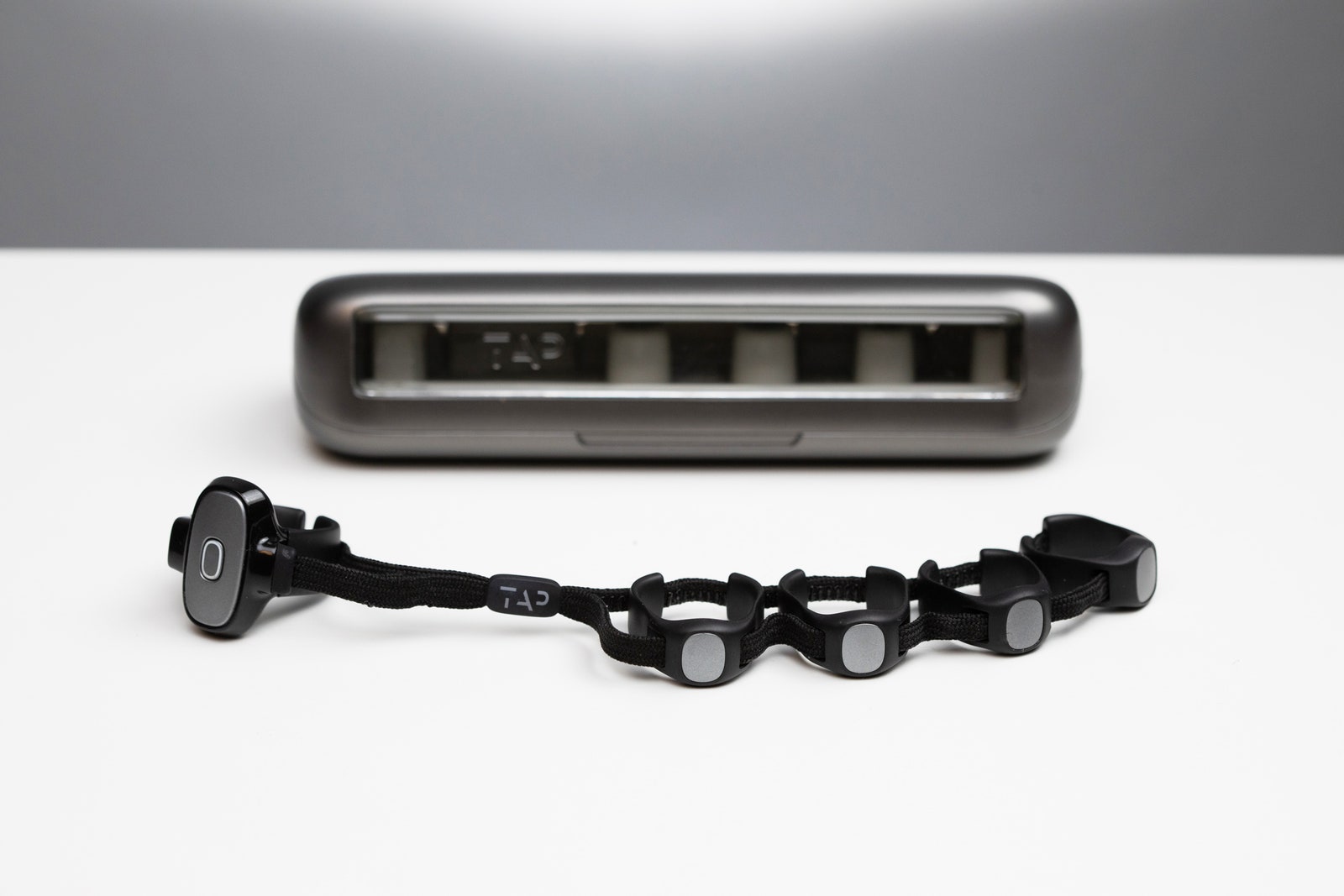 Have you ever wished that you could wear your keyboard or mouse on one hand like a glove? Me neither, but that’s what the Tap Strap 2 does. It’s a wearable you slip over your preferred hand’s fingers and thumb, and through a series of taps or by sliding your hand on a flat surface, you can use it like an invisible mouse and keyboard for anything with Bluetooth—your phone, laptop, virtual reality headset, Apple TV, and more.

It sounds exciting and futuristic. But after wearing it for weeks, the steep learning curve and difficultly I had putting it on and taking it off, not to mention the Strap’s incorrect registrations, have made me run back to my wonderfully physical mouse and keyboard with open, unconstricted hands.

With the Tap Strap 2 on your hand, you don’t just type as if you’re using an invisible QWERTY keyboard. You learn a whole new system of combining various tapping patterns for each letter, number, and symbol. It’s like learning a five-finger Morse code.

The box the Strap comes in includes a little paper map that lists out all the unique tap patterns for typing effectively—something I constantly needed anytime I had to type something out. For example, let’s type out my first name, Matthew, using the Tap Strap 2.

OK, now tap with the thumb for A. That’s an easy one. Then the middle and ring fingers down together for a T. Then again for another T. And then … well. We’ll just stop at Matt.

Typing was made harder by the amount of backspacing I had to do because the device didn’t always register the right letters. It’s hard (at least for me) to type some of them while making sure other fingers stayed absolutely still. But other times I’d tap the right letter and the Strap would just type something else. I’d try to type an O and it’d type an S. Then another S. Then I’d accidentally toggle the number pad and fill up my screen with 9’s.

The Strap consists of U-shaped rubber finger bands all connected on the top and bottom by a single piece of flat fabric string, like a shoelace, which you pull to cinch the wearable down on your fingers.

There’s a bit too much friction with the string to do all of this quickly, but eventually I worked out a somewhat clumsy rhythm to get them on faster. It still never really became a quick or easy process. And once I’m successful, I can’t do much else with my hand with the Tap Strap on except pick up a soda can.

Every time I got up to go to the bathroom, I’d have to take the Tap Strap off so I could wash my hands. In a normal day, there are a lot of interruptions we don’t notice because our mice, keyboards, and trackpads aren’t attached to our hands. It’s nothing to accept a UPS package at the door and then flick open a utility knife to cut open the tape—unless you’re wearing a Tap Strap. Or to go brew yourself another cup of coffee—unless you’re wearing a Tap Strap.

I’d constantly stand up to do something, remember the Tap Strap was on my right hand, and then sit back down because it’d be too much hassle just to remove it just to change a shirt.

As a mouse, it works well—with a caveat. You need to make sure your hand is on a table and the thumb’s flat contact pad is touching the surface. It lines up a laser to track your hand movements, and it really works like you’re moving around an invisible mouse.

It’s supposed to switch out of mouse mode after you lift your hand and the thumb’s contact pad is no longer touching the table, but it kept registering the table underneath as far as two inches away. Every time I wanted it to stop being a mouse and go into keyboard mode, I had to raise my hand like I was hailing a bus.

In one instance, I was almost finished with an article when I raised my hand to stop using it as a mouse. It should’ve registered that I lifted my hand, but it didn’t. Instead, it highlighted all the text on my page. I must’ve moved a finger in mid-air because it replaced my entire story with the letter E. Great.

Then, hell broke loose. Even though it shouldn’t have been registering mouse clicks or keyboard presses (my hand was away from the table), the Strap started flinging out a string of gibberish letters and numbers. Any more and I wouldn’t be able to undo its damage and get my story back. Thankfully, I sorted it all out. But this stunt damaged my faith in using the wearable for serious work.

All the Small Things

My keyboard and mouse are always more intuitive and easier to use. You can argue that this wearable is meant for the times when you’re not in front of a peripheral but need to type a password like in VR headsets, gaming consoles, or an Apple TV. But I’d still rather use their respective input systems instead of the Strap. It’s just too cumbersome.

The Tap Strap 2 is an impressive piece of technology, but it’s an answer in search of a question.