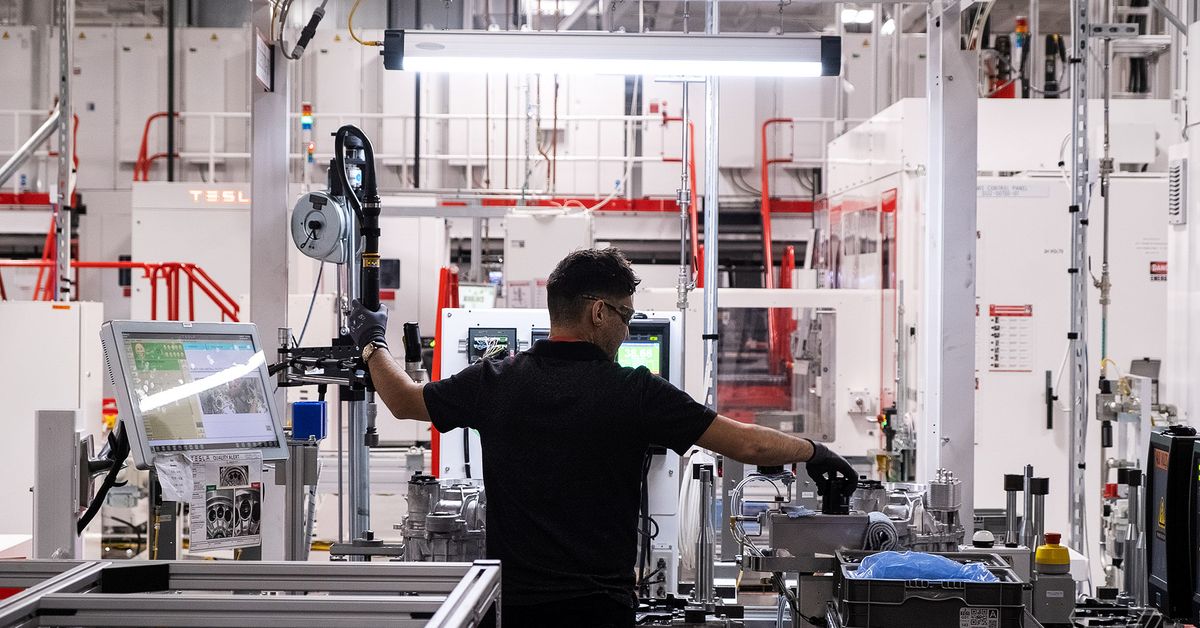 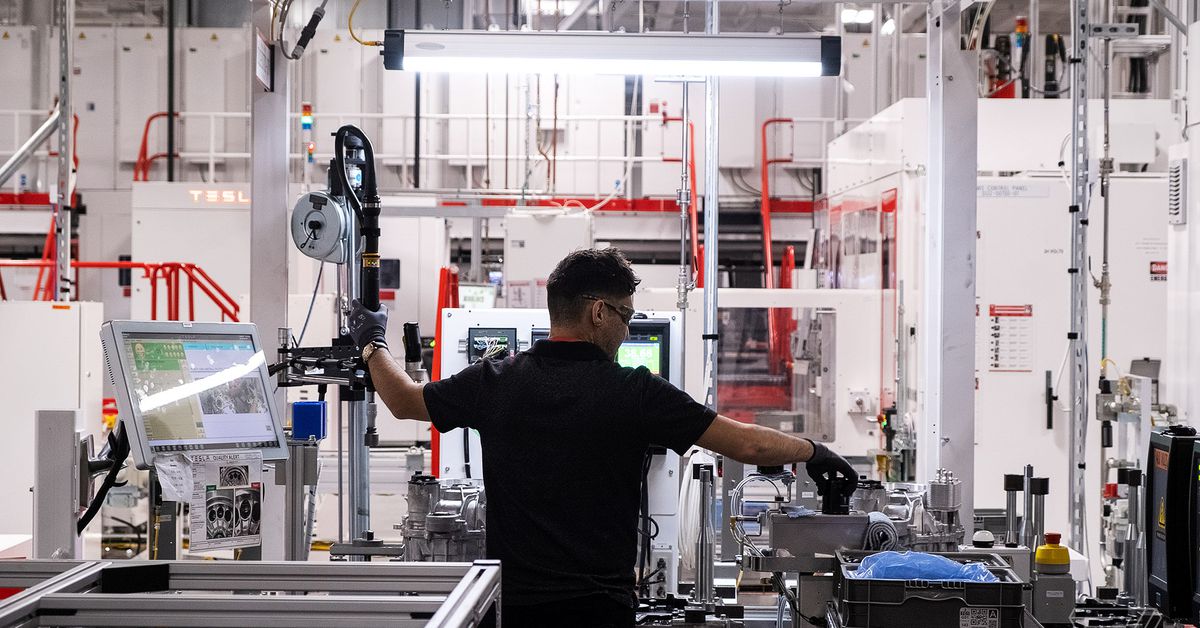 Tesla is fully reopening the Gigafactory in Nevada, where it makes batteries for its electric cars and energy storage products, as well as parts for the Model 3, according to an internal email viewed by The Verge.

The full reopening is more aggressive move than what the company told employees to expect last week, when Tesla said it would only resume “limited operations” as the state began the first phase of its plan to restart some businesses during the novel coronavirus pandemic.

Tesla remains in negotiations with Alameda County, which issued a shelter-in-place order in March that forced the company to shut down its Fremont, California car factory. Tesla has already resumed production there in violation of the county’s public health order. CEO Elon Musk received support for reopening that factory on Tuesday morning from President Donald Trump, who tweeted: “California should let Tesla & @elonmusk open the plant, NOW. It can be done Fast & Safely!”

“Furlough Has Ended And We Are Back To Work in Production!”

Tesla stopped production at its US factories in mid-March as counties and states around the country introduced shelter-in-place orders meant to stop the spread of the virus. The company resumed production at Fremont last weekend and called back all of its furloughed workers on Monday, as The Verge first reported. On Monday afternoon, Musk confirmed in a tweet that Tesla was restarting production “against Alameda County rules,” said that he would be “on the line” at the factory, and asked that only he be arrested if law enforcement officials try to shut down operations.

Shortly after Musk’s tweet on Monday, Tesla’s North American HR boss Valerie Workman sent an email to the Nevada Gigafactory workers titled: “Furlough Has Ended And We Are Back To Work in Production!”

“We’re happy to get you back to work and have implemented very detailed plans to help keep you safe as you return,” she wrote in the email, a copy of which was provided to The Verge by a current employee. The plans she referenced include stocking the employee shuttles to the factory with unspecified personal protective equipment, according to the email. She also said Tesla is increasing the number of shuttles that run to the Gigafactory, which is located about 25 miles east of Reno, Nevada, and reducing their individual capacity.

Employees were told they’d be contacted within 24 hours by a manager or Tesla representative and given a return-to-work date, and that, “in most cases, your position, supervisor, responsibilities, pay and hours will remain the same as before.”

Workman told Gigafactory employees that they are allowed to stay home on unpaid leave if they “do not feel comfortable coming into work,” just as the company told its factory workers in California. But because the furlough is ending, she explained that workers may no longer be eligible for unemployment benefits they were receiving during the shutdown.

At one point, Tesla told employees it planned to reopen on May 4th at all three of its production sites in the US: the Nevada Gigafactory, the Fremont factory, and New York solar panel factory. But those states extended their shelter-in-place orders, meaning non-essential businesses had to stay closed. On May 7th, though, Nevada Governor Steve Sisolak announced the first phase of his state’s plan to allow many businesses to reopen. It requires certain protective measures, including that employees wear face masks, and that employers be vigilant about performing temperature checks and screening workers for symptoms of COVID-19.

California Governor Gavin Newsom announced similar measures on May 7th. But Alameda County did not add automotive manufacturing to its list of essential businesses, and has subsequently said that Tesla’s car factory should remain closed. What’s more, Alameda County officials spoke last week about extending its stay-home order until at least June 1st.

Tesla called back its furloughed workers on Monday

Musk took issue with this over the weekend, tweeting that this was the “final straw,” and saying that he’d move Tesla’s California headquarters and “future programs” to Texas or Nevada. Tesla also filed a lawsuit against Alameda County in an attempt to invalidate the order.

At the same time, the company quietly resumed making cars at the California factory.

The mayors of the cities of Fremont and Palo Alto (which is home to the company’s corporate offices) voiced support for keeping Tesla in the state and allowing the company to restart production. But Musk got an even bigger boost from the Trump administration this week — first from treasury secretary Steve Mnuchin, and later from Trump himself. Trump has been talking about “reopening the economy” for more than a month despite mounting COVID-19 cases and related deaths. He reportedly voiced support for Musk on a private call with CEOs last month, according to The Washington Post.

Tesla released a detailed plan over the weekend for how it will protect workers at the Fremont factory, which Musk has said is informed by what Tesla learned when it reopened its Chinese Gigafactory earlier this year. Alameda County officials tell The Verge that Tesla has submitted a new version of this plan that is under review, too. The company told Tesla in a Monday letter that it “must cease” production until that plan is approved.

Some workers who have already returned to the California factory have described scattershot implementation of the plan so far. One of them, who spoke to The Verge on the condition of anonymity, said Tesla provided cloth masks during their shift on Monday that were “so small they don’t cover your nose mouth and chin,” that the company “offered gloves but didn’t require [employees] wear them,” and that “social distancing was mentioned but never enforced.”

Three employees also told CNBC it was impossible to implement social distancing during production. Those employees said Tesla was checking people’s temperatures as they arrived to the factor and that the company has staggered their shift and break times.

Dedicated hosting in us. Vergleichen. Bcshelps.