The 10 best Netflix Original movies – and 5 of the worst 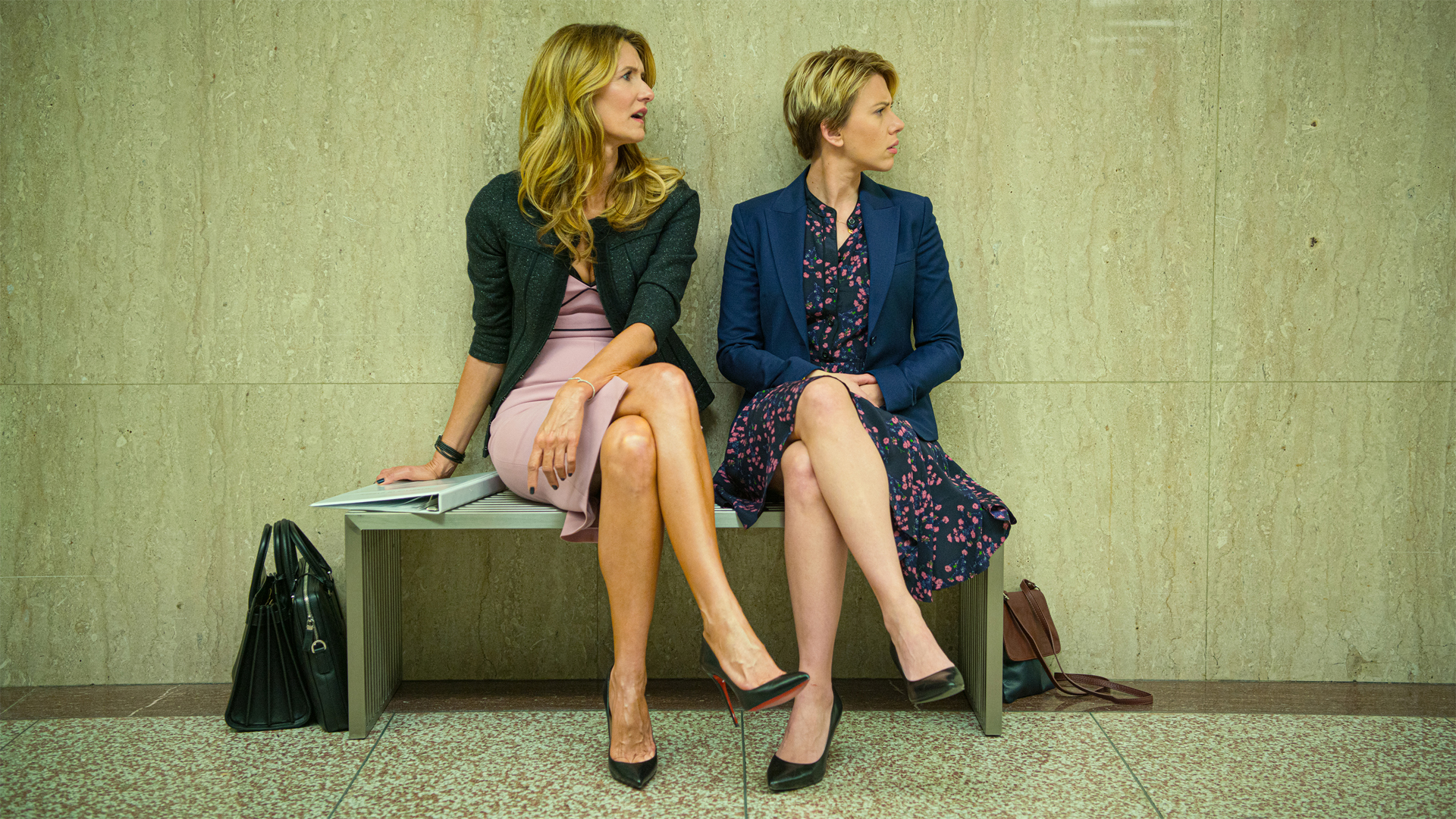 When Netflix first launched as a mail-order DVD rental service, making movies was not part of the plan – and why would it have been? In the early 21st century, going direct-to-video was considered the kiss of death for a film, and few self-respecting Hollywood stars would voluntarily make the move away from the big screen.

Times have changed, however, and these days there’s no shame in making films for a streaming platform – in fact, it’s something Hollywood’s biggest players have embraced wholesale. Regularly throwing blockbuster-sized budgets at its movies, Netflix attracts some of the biggest names in cinema to work on its original movies, with the A-list likes of Robert De Niro, Al Pacino, Scarlett Johansson and Adam Driver all making films under the Netflix banner.

Now that movies like The Irishman, Roma and Marriage Story have become major contenders in awards season conversations, Netflix has taken its seat at Hollywood’s top table. While it’s quite the success story, however, its movies don’t always get it right…

So we’ve put together a list of 10 of the best Netflix Original movies you can watch right now – and, for balance, we’ve also picked out 5 of the worst you might want to avoid, which you’ll find at the bottom of this page.

Yes, the CG technology used to turn Robert De Niro, Al Pacino and Joe Pesci into younger men is a game-changer, but if that’s all you take away from The Irishman you’re missing the point. Martin Scorsese’s return to the gangster genre that made his name undoubtedly lacks the energy of the genre-defining Goodfellas and Casino, and at three-and-a-half hours gets perilously close to overstaying its welcome. Nonetheless, the leisurely pacing feels appropriate in a movie that’s as much about ageing as it is offing your rivals. Proof that some of the most important movies in Hollywood are now being made by Netflix.

Marriage Story scrapped with The Irishman on this year’s awards circuit – indeed, with Laura Dern picking up an Oscar as Best Supporting Actress, it was arguably more successful. The Squid and the Whale/Frances Ha writer-director Noah Baumbach crafts the perfect falling-out-of-love story, an anti-romance that charts the painful divorce of a couple of New Yorkers. It’s sometimes excruciating to watch, but Baumbach latches onto the humanity of his characters to find the tenderness in their story, with stars Scarlett Johansson and Adam Driver both on mesmerizing form.

With this decade seeing wins for Alejandro Iñárritu (Birdman, The Revenant), Guillermo del Toro (The Shape of Water) and Alfonso Cuarón himself (Gravity), Mexican filmmakers had already made their mark on the best director Academy Award by the time Cuarón helmed the brilliant Roma. Even so, this semi-autobiographical story about growing up in 1970s Mexico City still managed to break new ground as one of the first Netflix movies to hit big at the Oscars. Shot in gorgeous black-and-white, it’s a heartfelt, low-key masterpiece that would have been a much more deserving recipient of the big prize than eventual victor Green Book.

The Ballad of Buster Scruggs

Despite an eclectic career that’s seen them dabbling in film noir, screwball comedy and the Dude, the closest the Coen brothers had previously come to the small screen was the superlative Fargo TV spin-off (which they didn’t make). Netflix persuaded them to break their televisual duck, however, tempting Joel and Ethan back to the Western genre that served them so well in True Grit and (kinda) No Country for Old Men. Featuring six typically idiosyncratic Old West tales, this anthology boasts an all-star cast including James Franco and Liam Neeson, while O Brother, Where Art Though? veteran Tim Blake Nelson gets back in the Coen saddle as the eponymous singing cowboy.

Before he made a searing satire on wealth, class and modern society with the superlative Parasite, director Bong Joon-Ho pointed his viewfinder at animal rights and factory farming. Co-written with The Men Who Stare at Goats author Jon Ronson, Bong’s story starts off as a surprisingly touching tale of a girl and her genetically modified ‘superpig’ BFF – the eponymous Okja, an adorable triumph of CG. Things take a darker turn in the final act, however, as bad guys led by a wonderfully OTT Tilda Swinton try to take the pig back to its corporate roots. A one-of-a-kind collaboration between storytellers from East and West – and all the better for it.

As soon as Pope Francis was elected head of the Catholic Church in 2013, people started asking when Jonathan Pryce – who shares a remarkable likeness with the Pontiff – might play him on screen. Netflix eventually made it come to pass, as City of God/The Constant Gardener director Fernando Meirelles took a peek through the keyholes of the Vatican. We’ll never know how accurate the portrayal of Francis’s meetings with Benedict XVI – his more conservative predecessor (played by Anthony Hopkins) – really are, but it’s a brilliant odd couple drama, especially when the duo let their hair down watching their teams face off in the 2014 World Cup Final.

Netflix has a habit of enticing big-name Hollywood directors to make movies for the platform, but few have crossed over quite like Steven Soderbergh. In fact, while Netflix is usually synonymous with massive budgets, the Out of Sight and Erin Brockovich director has chosen a rather more frugal route, shooting his recent films on smartphones. There’s rather more to this sports drama than your average home video, however, as André Holland (star of new Netflix series The Eddy) plays an agent taking on the basketball establishment. It’s a gripping story with plenty to say about issues surrounding race in sport, and with the supremely talented Soderbergh behind the camera – or should that be phone? – it’s as impeccably told as you’d expect.

Dolemite is my Name

Every so often a new Eddie Murphy movie gets hailed as a return to form. Dolemite is my Name is the latest to follow in the potentially career resurrecting footsteps of Shrek and Dreamgirls, and there’s no doubt the star’s performance justifies the hype. Murphy heads back to the 1970s to play real-life actor, comedian and singer Rudy Ray Moore, most famous for the blaxploitation films he made about his Dolemite character. While Moore’s rise from clubs to the big screen is straight out of the biopic textbook, it’s a wonderfully atmospheric recreation of the era, with an intriguing character at its heart.

I Lost my Body

You didn’t think Netflix was going to let Disney, Pixar and DreamWorks have everything their own way, did you? Weeks after the release of the Christmassy Klaus, the streaming service’s first homegrown feature-length cartoon, it was back in animation action with this weirder, more grown-up affair. For all Pixar’s spirit of creative adventure, they’ve never dared front a movie with a disembodied limb, but here a severed hand – making its way across France to find its owner – is the star of the show. Part horror, part love story, I Lost my Body is a beautifully animated tale, and a refreshing antidote to a medium dominated by CG.

Just to prove that Netflix isn’t all about big-name Hollywood directors, they also gave a debut to French actor-turned-director Mati Diop – with Atlantics, she became the first woman of color ever to direct a film in contention for the Palme d’Or at Cannes. Set in the Senegalese city of Dakar, Atlantics focuses on a group of construction workers who are lost at sea when they go looking for a better life elsewhere – and, crucially, the people they leave behind. It’s an arresting, unconventional mix of romance, hard-hitting drama (the issues facing migrants are inescapably real) and the supernatural, all tied together with remarkable skill by Diop.

And here are five of the worst

As with its TV productions, not everything Netflix makes is a slam dunk.

For all the success Netflix has had with genre series (everything from Altered Carbon to The Umbrella Academy to The Witcher), its sci-fi movies are still playing catch up. Despite being fronted by talent like Anthony Mackie (Marvel’s Falcon) and Margaret Qualley (The Leftovers), this end-of-the-world drama is as lifeless as the futuristic Earth it portrays.

Sometimes Hollywood gets hold of a classic Japanese manga and crafts something as all-round brilliant as Edge of Tomorrow. At other times, they make Death Note… It’s the story of a teenager who discovers a notebook whose pages have the ability to kill – there are supernatural powers at work, but paper cuts would be scarier. A major waste of You’re Next director Adam Wingard’s talents.

We’re pretty sure it wasn’t Netflix’s plan when this haunted house story was greenlit, but it’s become a handy resource for students who want to learn how not to make a horror movie. Genuine scares are in perilously short supply when a teen and his mum into beautiful mountain chalet – in fact, the film’s biggest shock is that they thought they could get away with one of the worst twist endings of recent years.

UK-based Netflix subscribers get to enjoy the critically adored Adam Sandler vehicle Uncut Gems (and US subscribers get to watch it from May 25 2020). Unfortunately, Sandy Wexler is a reminder that not all of the Happy Gilmore star’s output is gold. Heading back in time served Sandler well in The Wedding Singer, but unfortunately this overlong, ’90s-set tale of a Hollywood talent manager prone to exaggeration is bogged down by way too many gags that miss the mark.

From Mad Max to Dawn of the Dead to A Quiet Place, there have been loads of classic movies depicting the fall of civilization. Despite its what-it-says-on-the-tin title, however, How it Ends will not be joining that list. A widespread power-out is the catalyst for an apocalypse driven by questionable plotting and far from A-list effects. You’re  supposed to care about Theo James, Kat Graham and Forest Whitaker’s familial squabbles – sadly, you won’t give a damn.