The 17 best documentaries on YouTube to entertain and teach you 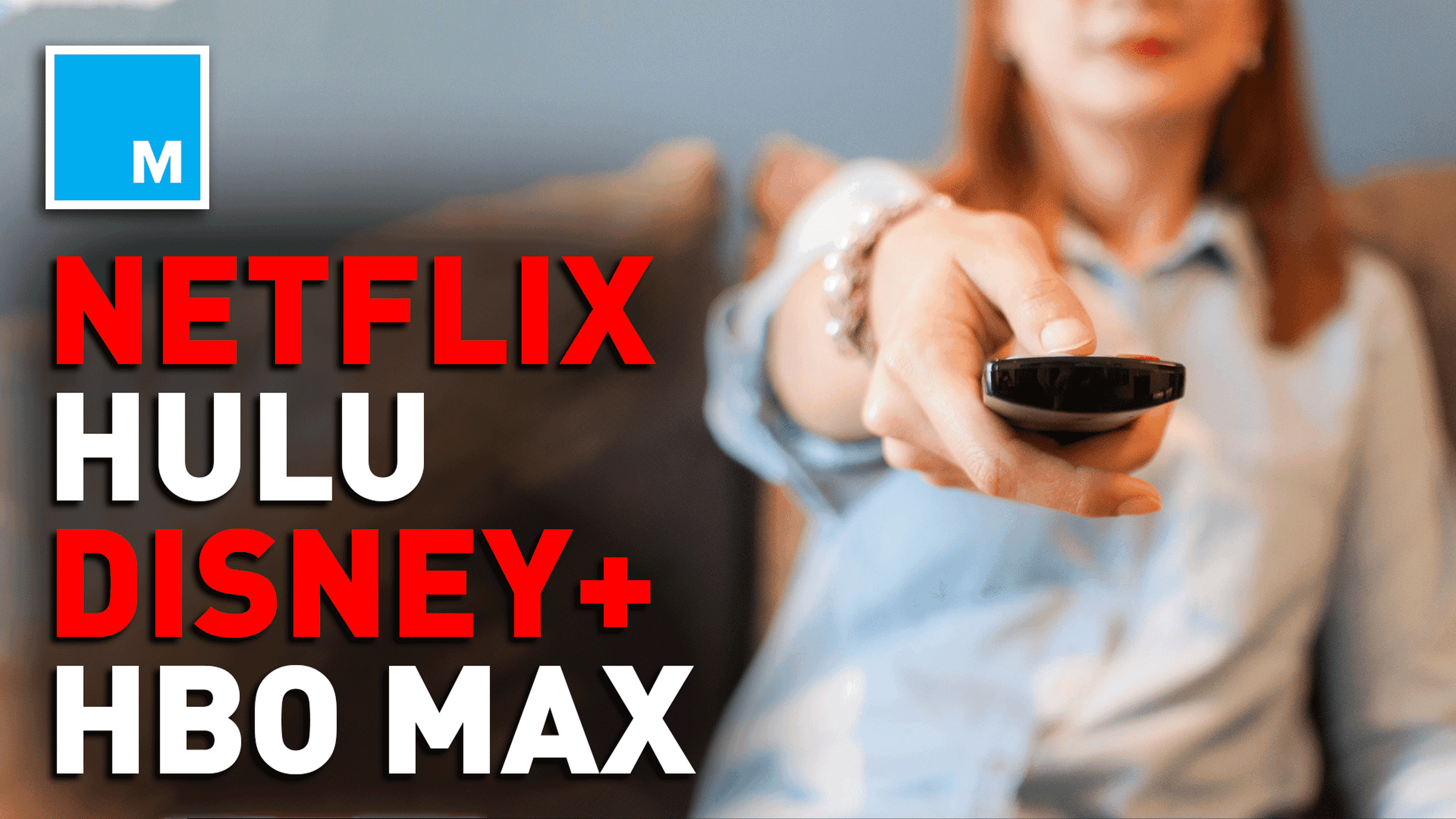 It’s not easy to find all the best documentaries on a single streaming service. But with dozens of free offerings as well as movies available for rent and purchase, YouTube comes the closest.

Whether you’re in the mood for an awe-inspiring nature movie or a true crime spectacle for the ages, YouTube’s documentary lineup includes some of the most superior works in the genre. With classics like The September Issue and Hoop Dreams running alongside newer releases like Three Identical Strangers, 13th, and Our Planet, this is the place to learn something new.

To help you get your education binge started, we’ve combed through YouTube’s catalogue and selected both the best free documentaries on YouTube and the best documentaries available for rent or purchase on YouTube. Broken into two categories, but listed in no particular order, here are 17 docs you should make time to see stat.

In this Academy Award-nominated documentary feature, filmmaker Ava DuVernay examines systemic racism and the persistent horror of slavery in the United States with thorough, detailed, and astounding reporting. Interviews with public figures, including Bryan Stevenson, Van Jones, Cory Booker, and more provide a wealth of evidence to support DuVernay’s thesis that the Thirteenth Amendment did not make black people free, but instead shepherded them into a criminal system designed to keep them oppressed.

How to watch: 13th is now streaming on YouTube.

Winner of Best Documentary Short Subject at the 89th Academy Awards, Orlando von Einsiedel’s The White Helmets offers a wrenching look at rescue workers in Aleppo, Syria and Turkey fighting to save citizens affected by the war. At once heartbreaking and enlightening, this 40-minute film stands as one of the most impactful examinations of Syrian conflict, with an emotional undercurrent you’re unlikely to forget.

How to watch: The White Helmets is now streaming on YouTube.

How to watch: With Great Power: The Stan Lee Story is now streaming on YouTube.

In Netflix’s breathtaking nature docuseries, genre icon David Attenborough narrates eight installments of fascinating, awe-inspiring footage taken across 50 different countries. Created by Netflix in partnership with the World Wildlife Fund, Our Planet takes a look at the different kinds of habitats across the globe and provides an educational foundation perfect for animal lovers of any age.

How to watch: Our Planet is now streaming on YouTube.

Winner of Best Documentary Feature at the 87th Academy Awards, this real-life thriller chronicles director Laura Poitras’s relationship with infamous whistleblower Edward Snowden as it unfolds through a series of mysterious emails and tense face-to-face encounters. Citizenfour is a riveting watch that captures a fascinating moment in American history that seems to only grow in relevance.

How to watch: Citizenfour is now streaming on YouTube.

Although the media landscape has changed immeasurably since director R.J. Cutler visited the offices of Vogue in 2007, The September Issue remains a fun documentary watch for lovers of fashion, a strong work ethic, and icy exchanges. Rooted in Anna Wintour’s relationship with Grace Coddington, this workplace drama follows the creation of Vogue’s most esteemed annual publication, from Fashion Week to staff meetings to photoshoots, as an intimate portrait of true passion is revealed.

How to watch: The September Issue is now streaming on YouTube.

Created from Noam Chomsky’s academic text of the same name, Requiem for the American Dream evaluates the economic and social structures that have allowed income disparity to reach the staggering (and terrifying) heights too many American have been forced to accept. This documentary film offers a compelling indictment for wealth concentration, as well as a much-needed call to action for the American people to demand better.

How to watch: Requiem for the American Dream is now streaming on YouTube.

Directed, written, and produced by Stephanie Soechtig, Fed Up takes an unforgiving look at the forces behind the United States’ obesity epidemic. By gradually dismantling the the idea that obesity is a matter of willpower (particularly among children), Soechtig opens up viewers to the reality that high-sugar sales frequently motivate public representatives to place their bottom line above the health of their constituents.

How to watch: Fed Up is now streaming on YouTube.

Living on One Dollar originally began as a series of YouTube videos created by friends Chris Temple, Zach Ingrasci, Sean Leonard, and Ryan Christofferson as they experienced what it was like to live on less than $1 per day in rural Guatemala. This final compilation, clocking in at just 56 minutes, provides a brief yet profound look poverty, kindness, and what it really takes to deliver change.

How to watch: Living on One Dollar is now streaming on YouTube.

The best documentaries to buy and rent on YouTube

Winner of Best Documentary Feature at the 81st Academy Awards, Man on Wire examines the mind-boggling determination of Philippe Petit as he attempts to high-wire walk between the Twin Towers of New York’s World Trade Center. Director James Marsh captures not only the terrifying stakes of the stunt at hand, but the heart behind what made it so tempting in the first place.

How to watch: Man on Wire is available to buy or rent on YouTube.

Directed by legendary street artist Banksy, the Academy Award-nominated Exit Through the Gift Shop profiles Thierry Guetta, a fervent street art lover who became Banksy’s guide for a trip to Los Angeles. A delightful blend of art appreciation, eccentric style, and secrecy, this film remains one of the most enjoyable documentary watching experiences available — though we never do see Banksy’s face.

How to watch: Exit Through the Gift Shop is available to buy or rent on YouTube.

Directed by Elizabeth Chai Vasarhelyi and Jimmy Chin, this 2018 Oscar winner is an immensely captivating (if slightly nauseating) adventure in extreme athletics. World-famous rock climber Alex Honnold begins the film intent on climbing the face of El Capitan in Yosemite National Park without the assistance ropes, harnesses, or other protective gear — a deadly challenge never before accomplished.

How to watch: Free Solo is available to buy or rent on YouTube.

Winner of Best Documentary Feature at the 88th Academy Awards, Asif Kapadia’s spellbinding portrait of the late Amy Winehouse is a masterclass in artistry and empathy. Examining the events that led to Winehouse’s immense success and to those surrounding her accidental death in 2011, this documentary paints of a lasting portrait of a woman who burned bright.

How to watch: Amy is available to buy or rent on YouTube.

The story of Edward Galland, David Kellman, and Robert Shafran is as mesmerizing as it is tragic. Investigating the separation and reunion of the three identical brothers, director Tim Wardle sheds light on the adoption agency that manipulated the boys’ parents into unknowingly offering their sons up for an unethical study that fundamentally destabilized their lives.

How to watch: Three Identical Strangers is available to buy or rent on YouTube.

In this Academy Award-nominated crime documentary, director Andrew Jarecki looks at the collapse of a family when father Arnold and son Jesse are investigated and later tried for charges of child molestation. The result is a chilling juxtaposition of what predators can choose to present to the world and their true nature behind closed doors.

How to watch: Capturing the Friedmans is available to buy or rent on YouTube.

This intimate look at the life of Andrew Bagby, created by close friend Kurt Kuenne after Bagby’s murder in 2001, stands as one of the most moving filmmaking processes in documentary history. Comprised of touching remembrances and the legal goings-on surrounding Bagby’s death, Kuenne’s project began as a time capsule for Bagby’s son — but soon evolved into a telling glimpse at the failings of our justice system and what it means to let go.

How to watch: Dear Zachary: A Letter to a Son About His Father is available to buy or rent on YouTube.

A famed Academy Awards Best Documentary Feature snub from director Steve James, Hoop Dreams redefined the Oscar category and reached the height of sports documentaries. Following Arthur Agee and William Gates, two inner-city Chicago kids with dreams of playing professional basketball, over a five-year period, this unforgettable story delivers a poignant reflection on what it means to have hope even in the face of immense obstacles.

How to watch: Hoop Dreams is available to buy or rent on YouTube.