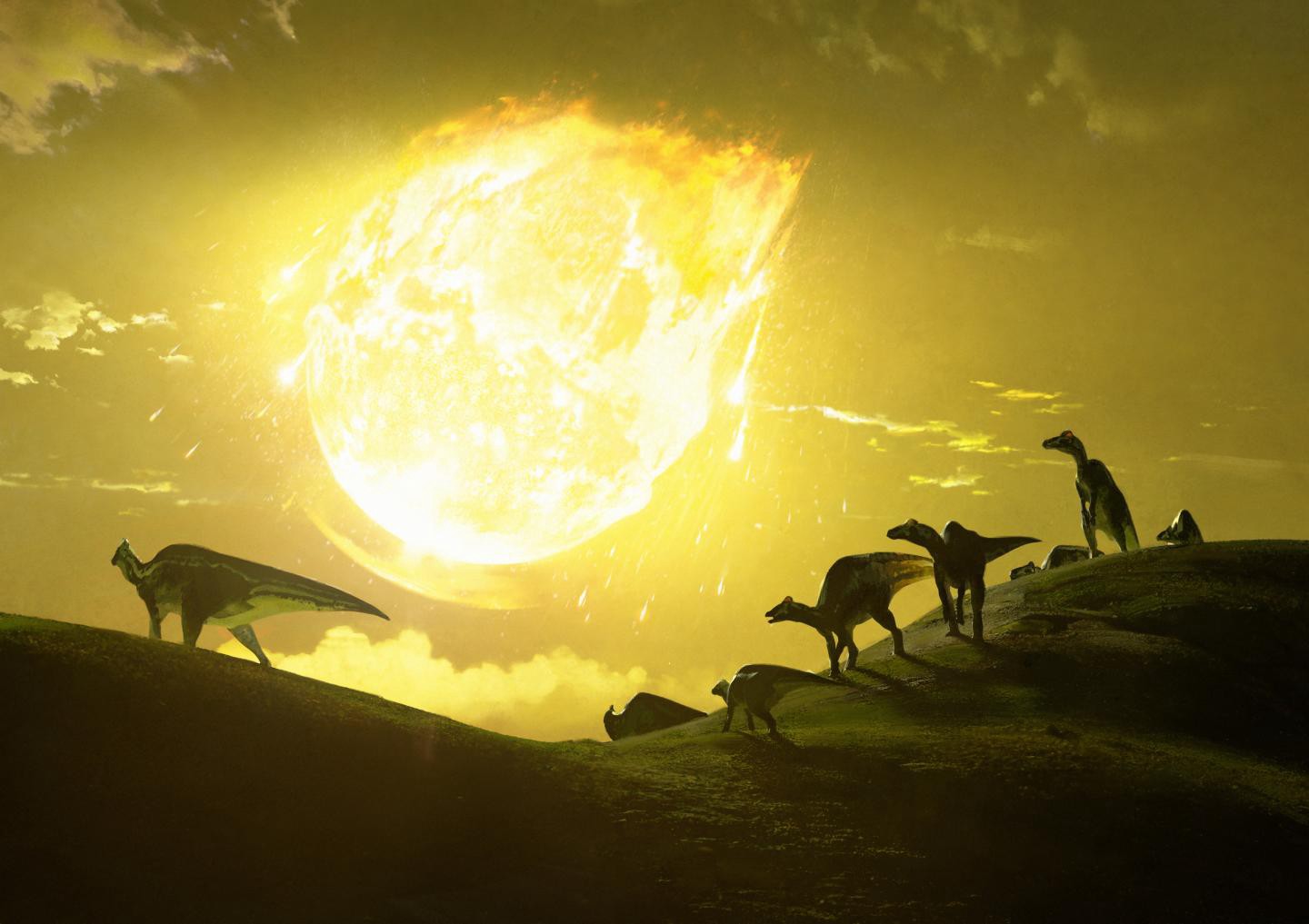 Sulfur, and thanks for all the fish

Dinosaurs are extinct today because they lacked opposable thumbs and the brainpower to build a space program. ― Neil deGrasse Tyson

Geological examination of the Chicxulub Crater lent further evidence to findings made using the computer simulation. Central to this evidence was examination of a ring of mountains found inside the crater rim and dense, uplifted rock found 30 km (19 miles) beneath the surface of the crater. The simulation, when set to impact at 60 degrees, produced nearly identical features as those seen in the real world.

“Despite being buried beneath nearly a kilometre of sedimentary rocks, it is remarkable that geophysical data reveals so much about the crater structure — enough to describe the direction and angle of the impact,” Dr. Auriol Rae of the University of Freiburg stated.

The ground around the asteroid impact site is rich with water, as well as porous carbonate and evaporite rocks. The heat and diffusion of material would have sent massive quantities of water vapor, carbon dioxide, and sulfur into the atmosphere.

Once in the air, sulfur would form aerosols, minuscule particles capable of blocking sunlight, triggering the nuclear winter. A rapidly cooling climate and forest fires around the world, paired with the loss of photosynthesis feeding plants, resulted in the extinction of most of the life on Earth, researchers suggest.

Earlier studies only examined the earliest stages of the impact. This new study could help researchers better understand the nature of massive craters on other worlds.