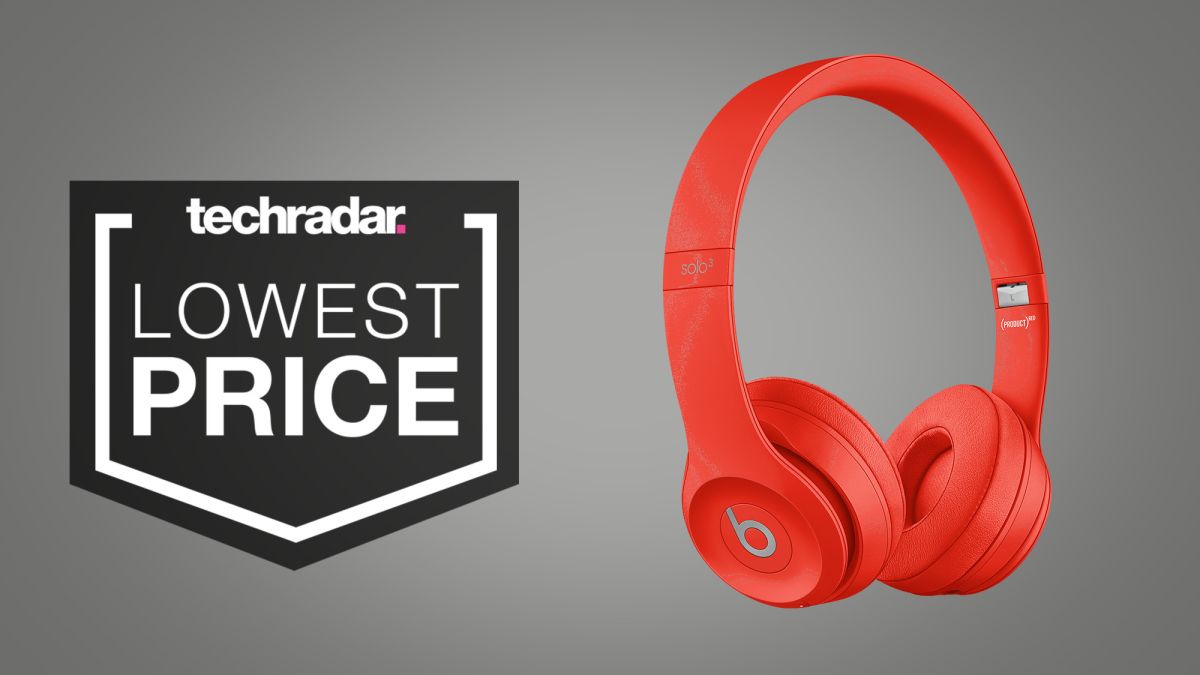 The Beats Solo 3 wireless headphones are reaching their lowest price ever this weekend at Amazon, where you can pick them up for just $159 / £120 – a neat saving of $40 and £58 respectively.

These are sitting at great value right now with the real selling point of the Beats Solo 3 being their fantastic wireless functionality and stunning 12-hour battery life. With Apple’s much-lauded W1 wireless chip under the hood, these wireless headphones are made to pair seamlessly with iOS devices, although Android users shouldn’t feel left out as they’re fully supported as well.

They also feature the signature Beats bass response, which ensures that all your favorite tunes’ low ends are rendered in an appropriately thumping manner. Audiophiles may prefer the more balanced mid-range on the Bose QuietComfort 35 II’s, but for those bass junkies out there, nothing quite does it like the Beats – and they’re under half the price of the Bose right now.

If you’re looking for something a little less bulky, and a little cheaper, then there’s also a fantastic Beats deal on the PowerBeats3 wireless earphones for just $89.95 (was $199) – a massive saving of $110 overall, and a perfect addition for any lockdown workout routine.

Not in the UK or US? Check out the best Beats deals in your region below.

Beats Solo3 wireless on-ear headphones | $159 at Amazon
Save $40 on the cheapest Beats Solo 3 deal we’ve seen at Amazon this weekend. These high-performance wireless headphones come with Apple’s W1 wireless chip under the hood, which not only give an impressive 40 hours of battery life, but amazing wireless stability.
View Deal

Beats Solo3 wireless on-ear headphones | £120 at Amazon
In the UK? Don’t feel left out this weekend as we’re seeing a similar £58 saving on the Beats Solo3’s this weekend at Amazon UK.
View Deal

Powerbeats3 wireless earphones | $89.95 at Amazon
If you prefer your earbuds to your headphones, then there’s also a saving to be had on these Powerbeats 3 over at Amazon right now. With 12 hours of battery life and the same excellent Apple W1 wireless chip, these are a fantastic option for a more workout orientated pair of earbuds.
View Deal

The best Beats deals in your region

While you’re here, we recommend checking out our best Beats deals main page, where we’re constantly on the hunt for all the best deals we can find. If you’re looking for the Beats sister-line, then head on over to our best Apple AirPods deals page, where we’re finding fantastic prices weekly on a whole array of deals.