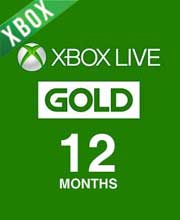 We’re bringing you the best Xbox Live Gold deals as they happen. That means you can always save on your online play subscription thanks to our price comparison software. From 3-month memberships to full yearly subscriptions, you’ll find everything you need to get set up with Xbox’s online services.

After all we’re confident we can beat those auto-renew Xbox Live Gold prices of $60 in the US, £50 in UK or $80 in Australia. We see prices cheaper than this throughout the year and we’re in the best place to spot any Live Gold deals.

So as you’re probably all too aware, as with past consoles in the Xbox lineup, the Xbox One also requires an Xbox Live Gold subscription in order to play games online. It’s not all bad though, as Microsoft took a note from Sony’s similar PlayStation Plus offering and now gives out free games each month to members. You currently get two for the Xbox One and two Xbox 360 games to play on the old console or your Xbox One via its backwards-compatible feature. And seeing as Sony’s service now only gives you two games a month, Microsoft’s service is certainly looking like the better deal.

Microsoft’s Xbox Live service is generally seen as the more stable and reliable network of the two – although Sony’s PSN has been fine of late. You’ll also get Xbox One Gold member-exclusive discounts in the many sales on the Xbox Live store.

We’re always on the lookout for the cheapest Xbox Live Gold deals going, so scroll down to find the best prices in your area.

We generally find that CDKeys is one of the cheapest prices to buy 12-month Xbox Live Gold deals, but technical gremlins sometimes mean the prices don’t show up in our comparison chart below. Feel free to check the following CDKeys links though, just to make sure you’re getting the best Xbox Live Gold deal. Prices are usually hovering around £34-£38 in the UK and $46-$50 in the USand $60-$65 in Australia.

If you’d prefer to go down the official route, you can buy directly from Microsoft’s website. There are discounts sometimes, but we generally find prices stick to the full RRP. If you’d like to take a look, that’d be $59.99 in the US or £39.99 in the UK or $79.95 in Australia.

While you can only grab three month memberships at the moment, buying both Xbox Live Gold and Xbox Game Pass separately through a rolling subscription with Microsoft will set you back $59.94/£44.94 for those three months. The Xbox Game Pass Ultimate will save you at least $15/£12, and that’s before you’ve even taken a look at the great deals below.

We’d recommend starting off with the $1/£1 introductory month available through your Xbox console, before cancelling your auto-renew and grabbing one of these amazing discounts.

This is where it gets interesting, though. Microsoft is also offering to convert any remaining Xbox Live Gold months you have left when you sign up into Game Pass Ultimate months. As long as you add the Live Gold months to your account before you sign up for Ultimate, you can stack gift card codes to save an amazing amount of cash on up to 30 months of game streaming. It’s a great way to make the most of those Xbox Live Gold deals and explore the Game Pass library in one go.

You’re still spending money on the Live Gold deals, but this subscription is far cheaper than Xbox’s most expensive membership. Plus, Microsoft is fully supportive of the lifehack, so there’s no need to worry about being told off!

What are the free Xbox Games with Gold this month?

We’ve got you covered. Each month we update the list of extensive freebies for the Xbox Live Games with Gold promotion. Why not bookmark the page below to make sure you never miss out?