The Design and Science of Patio Dining During a Pandemic 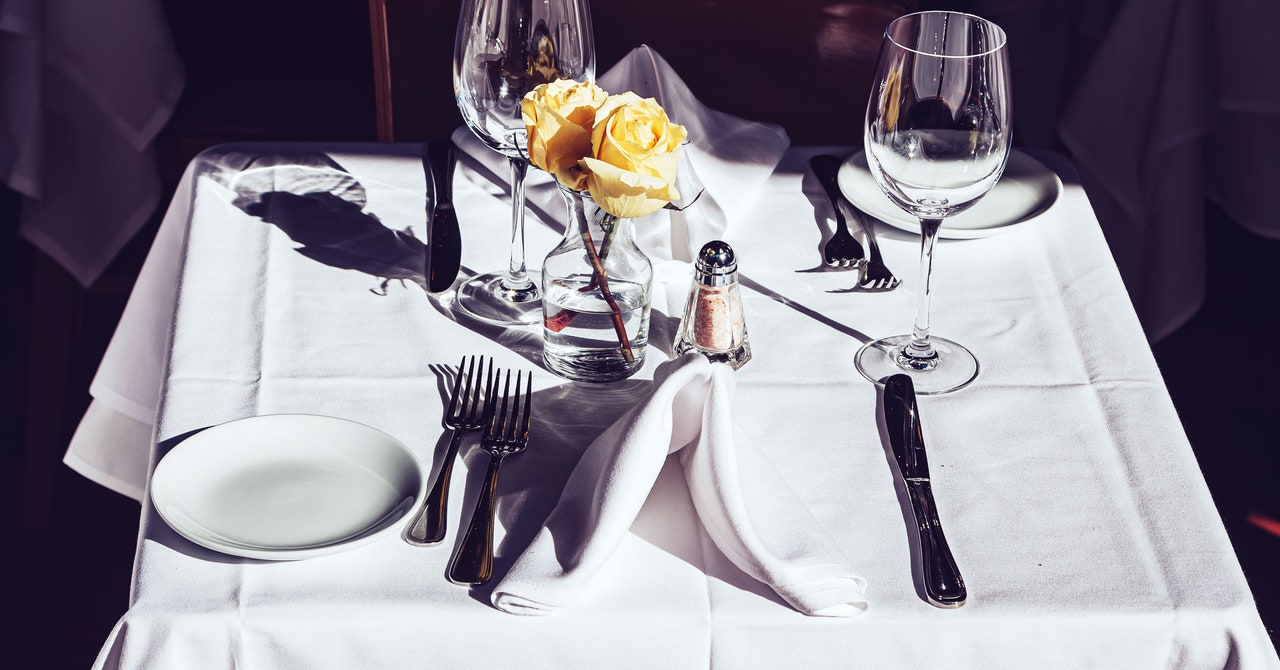 In mid-May, Boor and Charles Hemminger, another architect with a restaurant-heavy practice, put together some designs to see if they could get enough socially distanced seats into a dining room to stay in business. San Francisco hadn’t yet issued its specific guidance for how restaurants could open, but the architects had the gist. They turned bars into prep stations, because they couldn’t figure out how to give people bending an elbow enough elbow room. They moved tables farther apart, thought about barriers, and took over patio and parking spaces where the restaurants had them.

They learned a few things. Risk of infection is a combination of how much exposure someone gets and how long they get it. And while customers might spend an hour or two in a restaurant, staff are there all night. “Patron-to-patron infection is a thing we’re worried about, but a bigger risk is patron-to-staff,” Boor says. “Those are the people you’re concerned with protecting. If they get sick, the whole operation goes down.”

Without significant changes to how much street space a restaurant is allowed to take up, Boor and Hemminger couldn’t really make outdoor dining plausible. “In a restaurant operating on the typical dining model of table service, I have not yet seen a case where outdoor seating would make up for the amount of lost indoor seating due to distancing,” Boor says. “Even the ones that come close require some pretty big assumptions about making that outdoor seating usable, like building something like wind screens and heating elements.” Few cities in the US have year-round pleasant weather in the evenings, whether that’s because of heat, humidity, cold, or rain. So restaurants trying to expand their borders are going to have to build some kind of nimbus of infrastructure to minimize the picnic-in-the-rain vibe. Of course, the more enclosed an outdoor space is, the more it is like an indoor space—with all the concomitant risks.

Many restaurant owners are hoping that cities will give them more space by taking it away from cars. That would include “parklets” that replace streetside parking. (These require strong barriers around their perimeter and a floor built level with the sidewalk, because streets often slope downward toward curbs to redirect rainwater and debris into gutters). And then you have to figure out how to actually build the things. Abueg says San Francisco’s rules only let a parklet extend 6 feet into the street; Berkeley seems likely to ask for barriers 2 feet thick. That only leaves 4 feet of space for tables.

All of this suggests that the best plan might be to forget about piecemeal parklets and just close streets altogether. Pedestrian-only plazas are common in many other parts of the world, but less so in car-happy America. The mayor and city council of Berkeley initially promised a huge number of street closures to accommodate outdoor dining, but the drawings Abueg and Morris came up with depict a much reduced and more realistic vision—short stretches of converted street, with maybe a block here and there fully closed to automobile traffic. They even encountered resistance to the idea of closing a particularly obvious candidate, Center Street, which extends west from the UC Berkeley campus into the city’s downtown. Center is lined with restaurants that run the gamut of cuisines and price points; it has a museum at one corner (with a skyscraping hotel under construction). The stretch is a block from a subway station, and the area is full of students. Seems perfect, right?

But Abueg says she got pushback from a landlord there, just as she did at another Berkeley retail street also identified as a candidate for closure. Restaurant owners are clamoring for expanded dining, but sometimes the people who own their buildings are just used to the idea of customers arriving in cars. And some of the restaurants have come to depend on pick-up and delivery services like DoorDash and Uber Eats, with drivers who want to pull up out front. And many of San Francisco’s and Berkeley’s restaurant districts also have high populations of unhoused people who live and sleep on public sidewalks. Restaurants have never had to take responsibility for those spaces. “In places like that, where the open seating will be shared by multiple restaurateurs, who will be responsible for the clean-up or for unhoused folks?” she asks. “So that got complicated.”

Protecting the staff will still be a challenge, even if everyone is eating outside. Abueg’s sketches anticipate that there will be no table service; people will order from windows at the restaurants and carry their orders to tables, like at a mall food court. “That’s an assumption we made with the concept, that the fewer touchpoints the better, instead of a server going back and forth,” Abueg says. “You clean up after yourself, and it would also require that everybody would have an app on their smartphone to see a menu and order, so you’re not standing queued up together.”