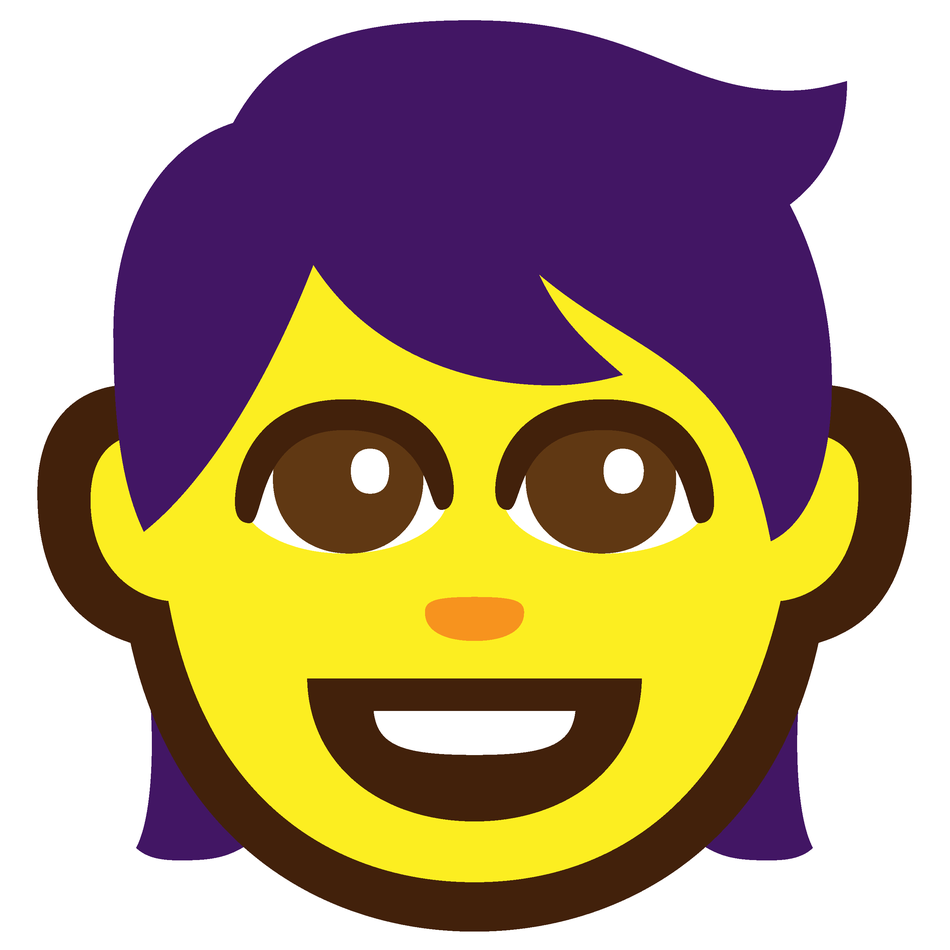 When the very first set of emoji was designed by Japanese engineer Shigetaku Kurita in the 1990s, pixel-y dots within a 12-by-12 dot grid were about the entirety of what could be conveyed in emoji form. This made for some relatively rudimentary emoji communication back in the day: A heart here; a hand there.

The depth of what you can represent with emoji alone has now vastly expanded, spurring occasional controversy, an entire (admittedly panned) movie, and academic studies about the linguistic importance of those fun little pixels on our screens. Emoji may not be a language of their own in the traditional sense — there’s no grammar involved, and they primarily consist of nouns — but there’s little doubt that in their relatively short existence they’ve changed something fundamental about the way we communicate.

As emoji have grown more and more ubiquitous in the years since their initial invention, they’ve also drawn ire, particularly for failing to represent a diversity of cultures and gender roles. (Even emoji depicting food courted controversy with respect to their authenticity.)

Emoji were no longer just the straightforward hearts and stars of their initial creator Kurita’s imagination; they were now signifiers of the world around us, and how much — or how little — you could convey with them served as an unofficial ruling on who and what was valued in the world outside of our screens.

Continuing to make emoji more inclusive, then, isn’t just a matter of making texting your friends more fun, according to Paul Hunt, the designer behind Unicode Consortium‘s first gender-inclusive emoji. (Unicode Consortium is the nonprofit behind emoji standards). The emoji populating our screens give us the framework to imagine the world around us.

In recent years, our virtual world has made major strides with respect to inclusivity. How do we keep the momentum going? Mashable spoke with Hunt over the phone to dive into the past and future of inclusive emoji design.

What it means to create a gender-inclusive emoji

For Hunt, who works as a typeface designer and font developer at Adobe, involvement in the world of emoji started four years ago, when Hunt began work on what would eventually become Unicode’s first approved proposal for a gender-inclusive emoji.

The timing there was important: Not long before, in Hunt’s telling, gendered representation had explicitly creeped into the “people” figures on typical emoji keyboards. Formerly, the only “people” available were typically the yellow heads you see conveying different emotions, like a sudden flash of 😨 and the ever-useful 😬. (These are meant to be genderless, though Hunt points out there’s a “general tendency” to read these as masculine by default.)

As direct representations of gender popped up on emoji keyboards in the 2010s, though, Hunt notes that these emoji often presented a vision of the world composed of rigid gender stereotypes. Women were not shown in many professional roles, instead being depicted as brides and princesses, while men were allowed more dominant, active roles, like bike riding and working as a medic. (You might remember these old emoji keyboards, but you’ll notice this has largely been corrected on most keyboards today. Open the emoji keyboard on your phone and you’ll likely see female lawyers and astronauts, for instance.)

Of course, there was another gaping hole in early gendered emoji: They only depicted those who express their gender identity within the gender binary, with emoji exclusively capturing gender expression for cis men and cis women. That’s where Hunt came in.

“Masculinity and femininity are powerful symbols in our society and they have certain meanings that we all attach to them,” Hunt said. “As someone who doesn’t strongly define with either, or maybe tries to channel both of those energies, I wasn’t always using these hyper-masculinized versions of the male emoji. I wanted there to be an emoji for people like me.”

The design process involved testing out different iterations of the proposed emoji and refining by asking friends, family, colleagues, and a subcommittee to see what seemed to be working best.

“As a queer person myself, I took it upon myself to research what would possibly be the best way to provide representation for people who wanted to opt out of binary gender. At a certain point, I came to realize that the main visual cue [for emoji] is just hairstyle,” Hunt said. “That’s the main salient feature between the gendered depictions.”

They found that people were able to read an emoji character as existing outside of the gender binary if it had “short-ish” hair with long bits “in places you wouldn’t expect to see on a [cis] man.” With a working design in place, Hunt then officially submitted a proposal for the emoji. (More on that later.)

“I wanted there to be an emoji for people like me.”

The proposal included three different emoji with hair like this; Hunt acknowledged it was really just meant to be a start. All humanized emoji should have an inclusive gender representation, according to Hunt. Though Hunt advocated for that in the initial proposal, a move to Australia made attending Unicode Emoji Subcommittee meetings difficult because of the time difference, and members at the time wanted a slow rollout, according to Hunt.

So Hunt passed off the baton to Jennifer Daniel at Google, who reached out to Hunt to talk about Hunt’s work and their point of view on gender-inclusive emoji. Daniel then did work advocating for gender-inclusive representation to be applied to all the different emoji characterized as people for Google emoji, a move that was celebrated upon widespread release in 2019. Apple took similar steps the same year.

The importance of finding the right designer

Ultimately, Hunt’s own knowledge and personal experience was crucial in pushing the visual conversation forward with respect to gender inclusivity in emoji. Hunt believes part of the future of inclusive emoji lies in both how they’re being designed — and who’s designing them. Companies will need to let those familiar with particular cultures and traditions design the emoji in order for more people’s lived experiences to be accurately represented, Hunt explains.

Hunt cites Rayouf Alhumedhi, the young woman who first proposed a hijab emoji, as a great example of what it looks like when those familiar with certain lived experiences are actually at the forefront of designing emoji to depict that experience. And with proper background knowledge, almost anyone can start working on designing new emoji: Alhumedhi herself credits a Mashable Snapchat story with first explaining how to properly submit an emoji proposal.

That brings us to the next step in the future of inclusive emoji, in Hunt’s telling: Making them mainstream.

Getting inclusive emoji on emoji keyboards

Though anyone with a notepad can technically dream up an emoji design, to get that emoji to make a widespread impact on communication around the world will almost always require approval from the Unicode Consortium. (Alhumedhi and Hunt both submitted their proposals to Unicode.)

When Hunt’s proposal was approved back in 2017, that marked the big leagues, so to speak, when it comes to emoji design: Once an emoji is in the Unicode standards, companies like Apple and Google often follow suit, using the standards to guide the creation of their own emoji. (Indeed, as mentioned previously, Apple and Google have since added more gender-inclusive emoji to their keyboards.)

For an emoji to get selected, it has to meet a fairly extensive set of selection factors. Some of the main selection criteria for new emoji are threefold, according to Unicode:

The next thing that needs to be seen for a world with even more inclusive emoji is likely just a more complete understanding of the many requirements necessary to expand their more widespread proliferation, Hunt explains.

Unlike bathroom symbols, where owners of a building can stick up a new sign relatively quickly, Hunt notes that the proposal process takes quite some time. The payoff, though, is certainly rewarding — even just on a personal scale, according to Hunt.

“It’s weird, before I started this I hadn’t really thought about my own gender that much,” Hunt said. “One of the things I was thinking about [when creating the design] was the etymology for the word gender. The word shares the same root with the word ‘kind.'”

Hunt went on to explain: “We separate people into different ‘kinds’ of people, but the kind thing to do is to see everyone as our kin. I hope the work I’m doing … is helping us to be able to see that we’re all more similar than we are different.”

As a business owner, you understand the importance of having a strong online presence. Teppiche. How to repair the world’s broken carbon offset markets.