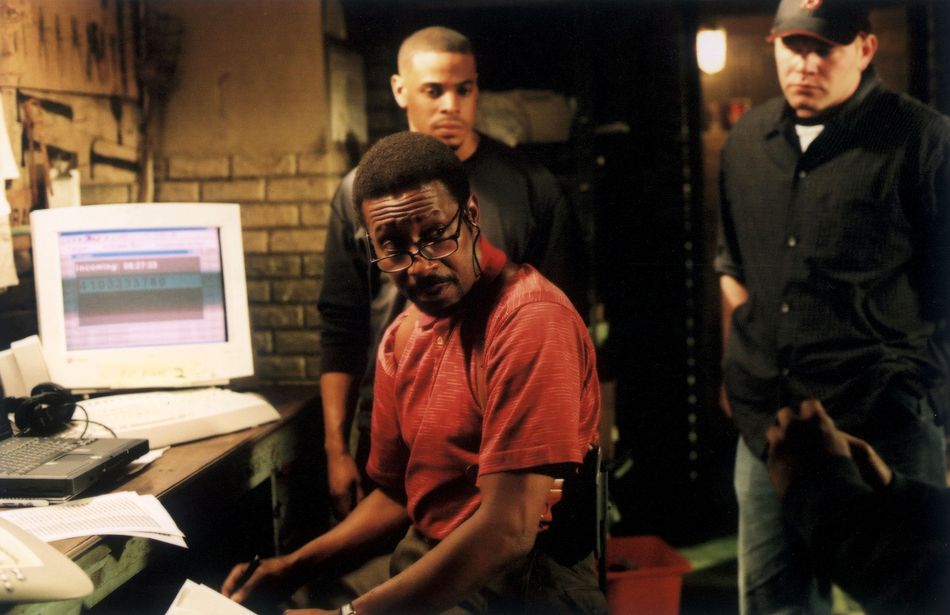 To watch The Wire is to love The Wire.

Any fan will tell you that, usually with a mix of reverence and nostalgia in their voice, eyes, and heart. It’s why The Ringer’s re-watch podcast Way Down in the Hole, hosted by Van Lathan and Jemele Hill as they wind their way through the 60 episodes that aired between 2002 and 2008, works so dang well.

The super-fan duo takes a deep-dive into HBO’s critically acclaimed series from David Simon and Ed Burns right at a moment when its 360-degree view of the inner city policing and politics of Baltimore feels urgently relevant. The show’s success lies in highlighting not just the people who work for and against the law in Maryland’s largest municipality, but the systems that shape their behavior and perspectives.

Fans adore The Wire because of the way it allows stories to blossom within that rich creative space. Simon and Burns let the reality of the systems they worked within dictate the actions of characters, not the other way around.

“If you watch the show, you’re into the show,” Lathan said during a recent phone interview with Mashable. “You’re a part of the choir of The Wire, you’re part of the congregation, which means you understand that this is one of not just the best but the most important pieces of media that’s ever been produced.”

Lathan’s burning appreciation for the series is as infectious in casual conversation as it is on the podcast. The podcast’s still-unfolding rewatch – which is midway through Season 3 at the time of this writing – could accurately be described as a “love letter,” but there’s no rose-tinting on this look back.

“What I wanted to do, [and what] I think Jemele and Bill [Simmons, The Ringer founder] wanted to do as well was to dive inside of The Wire. We know that ‘all the pieces matter,'” Lathan said, referencing both a noted line from the series and the title of author Jonathan Abrams’ definitive behind-the-scenes look. But, he added, the intent with Way Down in the Hole is to “connect the pieces not inside the show,” to look at the societal commentary that sadly applies just as well in 2020 as it did when The Wire premiered in 2002.

“If you watch the show, you’re into the show. You’re a part of the choir of The Wire.”

It should come as no surprise, then, that two hosts do much more than recap each TV episode’s unfolding plot in their typically hour-plus breakdowns. There are deep dives into characters, which sometimes flirt with spoiling future plot twists, though Lathan and Hill have become increasingly careful as the podcast has developed.

There are also examinations of what aged well vs. what didn’t – in Lathan’s view, it’s almost always the fashion that aged poorly – as well as a running debate over whether or not Idris Elba’s character, Stringer Bell, merits the enthusiastic fans he’s attracted over the years. The segment, which Hill dubbed the “Stringer Bell Fuckboy Award” in the podcast’s opening episode, looks at one of the show’s most enduring characters and asks us to consider if he’s really the criminal mastermind he’s often made out to be.

The hosts also frequently make comparisons to the real world, drawing on personal and professional experiences to demonstrate how The Wire is a much more honest reflection of society than many other shows of its ilk.

“I like to get a little personal about how some of the characters in the show represent real life people that I’ve met and been around and loved growing up in Baton Rouge, and how those stories end,” Lathan said. Those parallels exist, he added, because doesn’t hold back on highlighting how our broken system of capitalism connects to everything from systemic racism in the police force to political corruption to the drug trade.

“All these different things that you volley around when you live in one of those depressed places, they really change people,” Lathan said. The podcast dives as deep as it does because the depth is there, and it often manifests in painfully clear terms as the hosts tie The Wire back to lived experiences and relatable examples.

That’s why it’s hard to speak at length about the show without examining its commentary, which is, sadly, still all-too-relevant in 2020.

“It’s not even that [The Wire] predicted these things,” Lathan said. “It’s that the drug war, the police system, all of these things haven’t changed. The reason why you don’t see them in other shows is because everybody is bullshitting about them.

“Simon and Burns told the truth, and because … the police and all these other systems refused to evolve, those truths are still being told right now. So as we’re doing these podcasts and we’re talking about things that the police do [on the show], we could literally be talking about things that are happening in neighborhoods everywhere right now.”

All of the recent community upheavals and conversations around police behavior in the wake of George Floyd’s murder gets at another important thing about the show. Way Down in the Hole is celebrating The Wire, a show that spends a lot of time focused on the lives of cops, at a moment when society as a whole is starting to reexamine the role TV cops play in normalizing unacceptable behavior from our ostensible keepers of the peace.

“We could be talking about things that are happening in neighborhoods everywhere right now.”

So isn’t there a disconnect here? Doesn’t The Wire‘s consideration of how and why police lives matter make it a work of what is now often referred to as “copaganda”? Lathan doesn’t think so.

“Zero percent,” he said. “It might seem like I’m somewhat biased since I’m doing a whole Wire podcast, but I think zero percent. The simple reason is, the fact that the cops are so fucked up on The Wire yet you still like some of them is another testament to the show itself. But make no mistake about it: The cops are fucked up.

“They are terribly fucked up. They are drunk. They lie. And when I say lie, I don’t mean lie to their wives or anything. The cops in The Wire lie on criminals. They skirt the law. They break the law. They are brazenly abusive to the community. Police brutality is part of the DNA of West Baltimore cops if you believe The Wire.”

This read applies just as much to the cops on the show who are coded as “good.” Lathan pointed to one early season moment as an example, when a known gang member is in an interrogation room with Cedric Daniels (Lance Reddick) and Kima Greggs (Sonja Sohn), two of the show’s most consistently talented and well-meaning cops across the five seasons.

But in that scene, Kima and Daniels kick the crap out of their handcuffed murder suspect, beating him bloody. Why? He mouthed off at length to Kima, who is a lesbian, with a string of homophobic comments. Not a great thing to do, certainly, but just words, spoken in an environment that is often inherently hostile.

“Daniels and Kima, these are the good cops on the show, [and they’re] committing police brutality against a citizen that’s handcuffed. So the reality is that it cannot be ‘copaganda’ because the cops are not lionized at all. In The Wire, there’s not one police officer that’s doing anything that they’re doing because they want to save the world.

“That police officer doesn’t exist. It’s all personal motivations for these people. It’s because they want to make rank. It’s because they want to prove they’re the smartest. It has nothing to do with what it is on other cop shows, where there’s a long monologue [about wanting to save their neighborhood]. I never saw a show before that looked at how the police fail.”

Way Down in the Hole exists, then, to capture and explore all of the many elements that make The Wire such an important and powerful work for the present-day audience. There’s still that “choir” of fans Lathan spoke of early in our chat, but he and Hill have set out to grow that congregation. Newcomers to the series may not get as much out of a given podcast episode as longtime fans in the midst of a re-watch, but the hosts put in the work to make their ongoing conversation more broadly accessible. That’s always been the driving force behind The Wire fandom, too.

“I think one reason why it’s endured is because of the core fan base,” he said. “People are always singing about it. You want someone to experience the show. And The Wire having been as old a show as it is – we’re going on almost 20 years now – it’s still producing new fans.”

You can check out The Ringer Network podcast Way Down in the Hole in video form on The Ringer website or in audio form via any of your preferred podcast platforms. Hill and Lathan do try to keep each episode free of spoilers for future episodes, but the podcast works best for fellow re-watchers who understand deeper character relationships and how the story twists and turns around them.