The Future of Phone Design: Flexible Screens That Roll Up 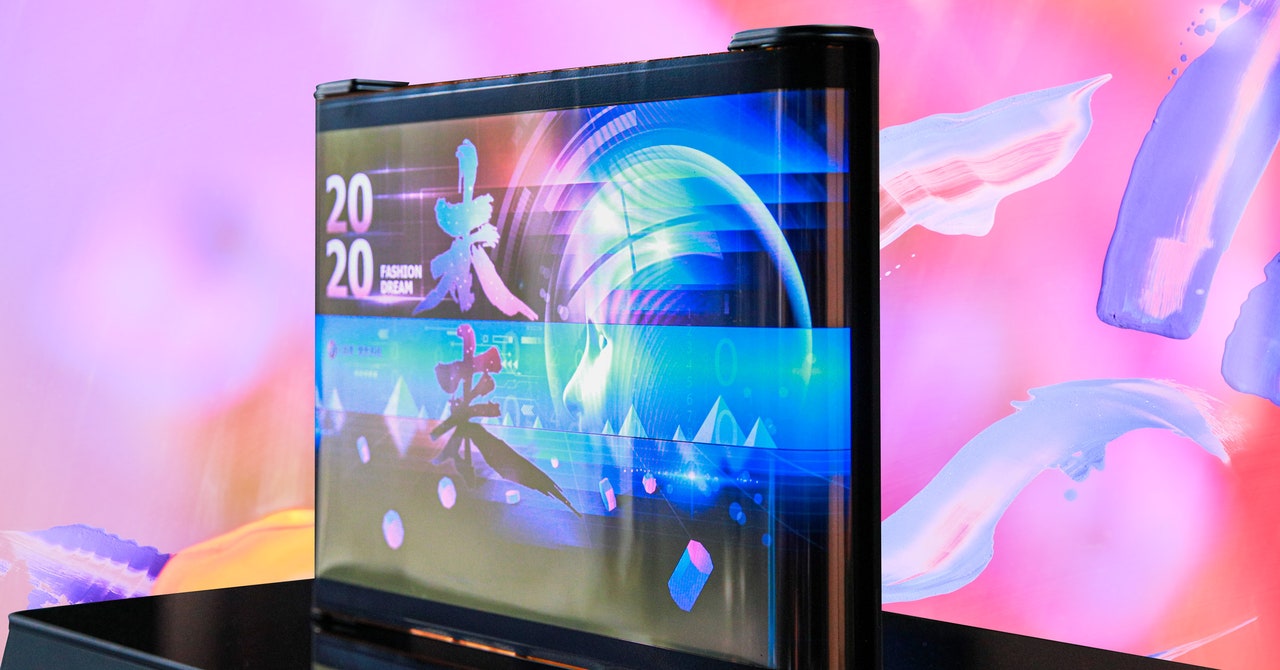 The biggest barrier to widespread adoption of phones with these new designs is their high prices. Samsung’s first foldable phone launched in 2019 for $1,980. Last year’s Z Flip cost $1,380, and Microsoft’s Surface Duo sells for $1,400. However, these technologies will start to get a little more accessible this year according to industry analyst Patrick Moorhead, founder and President of Moor Insights & Strategy.

“There is a price issue. I see that coming down this year,” Moorhead says. “If there could be some penetration pricing done to get the entry level to $1,000, that would start to drive some considerable volume.” Moorhead also expects we will see more of these foldable designs at the Mobile World Congress tradeshow in June. (MWC usually takes place at the end of February in Barcelona, but the show was pushed back to June due to the Covid-19 pandemic.)

Another barrier is reliability. Most high-end single-screen phones these days have durable glass protecting the display, along with an IP68 water resistance rating that protects it from accidental water submersion. Yet the 2019 Galaxy Fold was crippled after specks of dust made their way inside the folding phone’s hinge, prompting a delayed launch and forcing Samsung to tweak the hinge mechanism. It was an embarrassing stumble, but things have come a long way in a year.

“When Lenovo came out with the Yoga, it took years for the industry to get better about things like hinges,” Moorhead says. “We even saw changes from year to year with Samsung when the second version of the Fold used a brush mechanism, whereas the prior version used a traditional hinge. That might not seem like a big deal, but in the mechanical engineering world, it’s huge.”

This brush mechanism swept the inside of the hinge clean every time the phone was opened or closed, and it helped prevent debris from sneaking into the Fold 2’s internal components. Moorhead expects this year’s folding phones to exhibit the same levels of durability we’ve come to expect from rectangular slab designs. Streit echoed Moorhead’s sentiments and highlighted that mechanical engineering is playing an increasing role in smartphone design. “This industry didn’t need a lot of moving parts over the past 10 years,” he says. “The rollable needs to be a very good mechanical experience that keeps the dirt out.”

TCL says it plans to launch a foldable or a rollable phone in 2021, and LG confirmed to Nikkei that the LG Rollable will go on sale this year. None of this is to say that the traditional single-screen phone experience is going away anytime soon. After all, Streit notes that people still buy flip phones today. He also says these new display technologies are “a long-term strategy” for TCL.

We should expect that the first wave of devices with these new rolling displays will not try to incorporate too many new features. Otherwise, phone makers run the risk overwhelming consumers who are used to traditional smartphone designs.