The Hypocrisy of Mike Pompeo 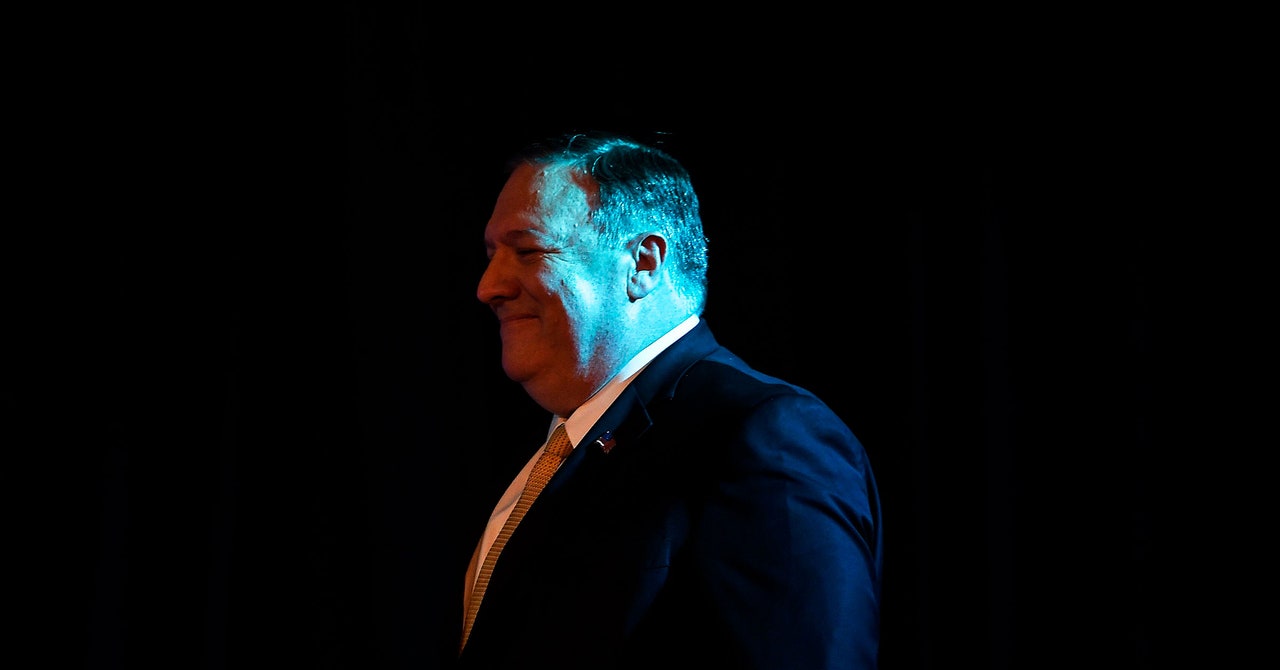 “We’ve had Democrats accusing us of being political for almost the entire time, but I know what we’ve done,” he said in another interview. “Words don’t matter, deeds do.”

Repeatedly, as a member of Congress, Pompeo spoke to the criticality of congressional oversight and the necessity of having current and former State Department employees testify. “It would be investigatory malpractice if we didn’t interview former Secretary Clinton,” Pompeo said in 2015. Hillary Clinton complied with the requests from Pompeo and his fellow GOP Inspector Javerts—ultimately testifying three times as part of the Republican Benghazi inquiry, including a marathon eight-hour session in October 2015.

Despite that cooperation, Pompeo was never satisfied. When the official House Benghazi report found no evidence of wrongdoing by Clinton, he and fellow Benghazi investigator Jim Jordan issued their own 51-page minority opinion. “We saw no evidence that the administration held a sincere interest in helping the committee find the truth about Benghazi,” they said. “We nonetheless end the committee’s investigation without many of the facts, especially those involving the president and the White House.” Fox News labeled their report a “Benghazi bombshell.”

By last fall, Secretary Pompeo was singing a different tune, saying that Democrats on Capitol Hill were overreaching and “bullying and intimidating State Department employees” in their investigation of the Ukraine scandal that eventually led to President Trump’s impeachment.

As congressman, Pompeo had said at the start of the Benghazi inquiry in 2014: “Our goal is really quite simple. It is to get every single fact that we can get, every document, every witness, and to put together the puzzle, the mosaic for the American people.” Later, Secretary Pompeo repeatedly blocked access to State documents and witnesses and refused to cooperate with investigators himself. He wrote off the probe as “an attempt to intimidate, bully, and treat improperly the distinguished professionals of the Department of State.”

In that October 2015 Benghazi hearing, Congressman Pompeo depicted Clinton as an aloof partisan, disinterested in the welfare of State employees. He grilled her on why she’d ignored requests for more security at the Libya compound in Benghazi and interrogated her point by point on whether ambassador Chris Stevens, who was killed in the attack, had her direct cell phone, her fax number, and her home address—even whether he’d ever come to her house.

Yet when he was given the chance to stand up for his employees at the State Department, for month after month last fall Secretary Pompeo’s repeated silence was deafening. As career diplomats, like Marie Yovanovitch, raised internal alarms about President Trump’s behavior with Ukraine’s president and Rudy Giuliani’s interference, Secretary Pompeo was nowhere to be found. Yovanovitch was internally “greeted with silence.”

Later, after the episode became public, Pompeo offered nary a word of support came for his officials caught in the maelstrom of the Ukraine scandal. “The rank and file are very disturbed by the inability, the refusal, of the secretary of state to defend his own people,” former top State Department official Nicholas Burns told Foreign Policy in the midst of impeachment.

“It seems that the only thing Pompeo is consistently prioritizing is his own personal political ambitions, as opposed to what’s actually good for the country’s long-term national interests or the institutional well-being of the State Department,” another former State official, Andrew Weiss, told The New York Times in November.

While Congressman Pompeo had spent years demanding seemingly unending cooperation from Clinton, including hours of her time, Secretary Pompeo avoided as many personal questions about the Ukraine situation as he could. Confronted with a scandal that centered on his own Cabinet department, one that resulted in the first bipartisan Senate impeachment vote to convict a president in US history, Pompeo went silent.