‘The Knick’ is the ultimate pandemic binge-watch

May 1, 2020 Contagion, Coronavirus, Entertainment, Steven Soderbergh, Watch Of The Week 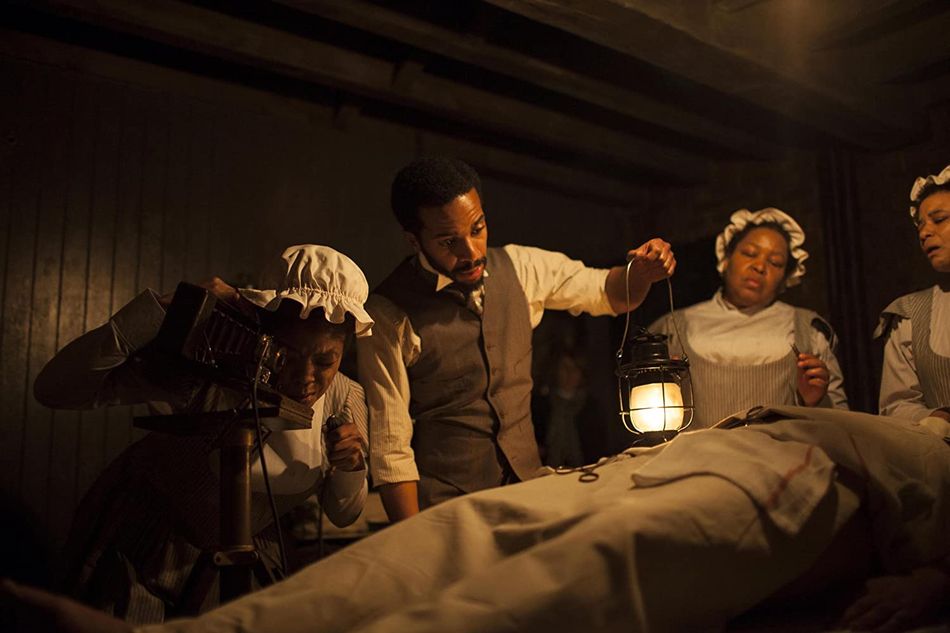 Steven Soderbergh, already one of the most highly regarded filmmakers of his time, suddenly took on the role of near-prophet when Contagion became one of the most-streamed films during the pandemic.

But that’s not the only Soderbergh joint eerily reflective of the hardships of coronavirus.

For many, immersing ourselves in the harsh truths of our current situation from the comfortable distance of fiction has proven a helpful way to cope. If that’s you, Soderbergh’s critically acclaimed yet criminally under-watched Cinemax series The Knick should be your next quarantine binge.

Immersing ourselves in the harsh truths of our current situation from the comfortable distance of fiction has proven a helpful way to cope.

Set in turn-of-the-century New York City, the 2014-2015 series tells the story of a medical staff at the forefront of surgery, just as it was beginning to be practiced by doctors rather than barbers (yes, that was a real thing). The show puts you on the ground at the Knickerbocker, as its brilliant surgeons (played by a stunning cast that includes Clive Owen and André Holland) figure out gruesome but life-saving procedures for illnesses that used to be terminal, like appendicitis.

The Knick explores a litany of topics, events, and societal issues that map onto 2020 with disturbing accuracy and relatability. But in light of this week’s devastating news about a Manhattan ER doctor’s suicide, it’s the show’s exploration of the darkness healthcare workers face that feels most gut-wrenchingly real.

Often, medical TV dramas depict pretty rose-tinted versions of the inner turmoil doctors and nurses experience in the line of duty. Maybe that’s how Grey’s Anatomy is entering its 17th season — by focusing on the romantic escapades of a hospital and moving quickly past the PTSD of watching people die before their eyes on a regular basis.

In part, that’s because we don’t really want to view the people we entrust with our lives as actual human beings. We need to believe they’re infallible gods able to stave off death itself. And as The Knick makes painfully clear, some doctors need to believe that too. At the very least, they need an almost blind confidence in their ability to be a patient’s last line of defense against meeting their maker.

But The Knick, particularly in Owen’s portrayal of the cocaine- and opium-addicted Dr. John Thackery, insists you witness the agonizing toll that this occupational hazard takes on their humanity.

These are doctors on the cutting edge of discovery, and it’s a knife that cuts both ways. For every life they save by figuring out how to safely remove an appendix, there are droves of others they couldn’t. The camera lingers on the patients these doctors lose, once-living reminders of their failure to beat god.

And, sure, we can take comfort in the fact that we’ve evolved beyond the gruesomely graphic surgery scenes in The Knick. We’re armed in the modern day with basic medical knowledge they lacked, like the existence of different blood types. Mercifully, the anxiety of a stadium full of doctors wearing neither masks nor gloves as they fondle the insides of patients they’ve hacked open like butchers looking for the best cut can remain worries of the past.

But the lack of life-saving information has never been more relatable than it is right now, actually. In 2020, doctors, researchers, and epidemiologists find themselves in a similar arms race to gain even a fundamental understanding of how this novel strain of coronavirus works.

You can never win when you’re the one faced with the impossible task of outsmarting death.

It might seem absurd that, in The Knick, something as simple as not using copper stitches on a hernia is considered a genius breakthrough that will save countless lives. But it’s less absurd when you consider recent news stories like how, several months into our current pandemic, doctors are only just now realizing that they can dramatically increase a COVID-19 patient’s chances of survival on a ventilator if they flip them onto their stomachs. It’s such a simple step with such an effective result. But you can barely celebrate that victory without also wondering how many thousands of lives would’ve been saved if we’d known about it sooner.

That’s exactly what makes The Knick so pertinent — that visceral understanding of how you can never win when you’re the one faced with the impossible task of outsmarting death. It’s the unlivable anguish we’re asking medical professionals to endure every day now on the frontlines of this battle against our unseen, unknowable enemy.

If people could have even an ounce more empathy for what they’re going through, maybe we’d do better than comically pointless “shows of solidarity” — or, worse still, accusing them of being fake nurses and calling the disease they’re risking their lives to fight a hoax.

But that’s only one of The Knick‘s most relevant themes. Other issues are even more mortifyingly depressing when you realize just how little progress we’ve made in fixing them, over 200 years later.

Take Holland’s Algernon Edwards, the only black doctor allowed to work at the white hospital. It’s his storyline that digs into the reality of how systemic racism, discrimination, lack of care, resources, and class inequality create astronomical health disparities between black and white Americans. Sure enough, those higher mortality rates remain a huge problem to this day, a fact that COVID-19 has only brought into sharper relief.

The Knick also makes clear that American bigotry doesn’t only kill black people. Capturing New York at the height of its immigration influx, they are the first to be blamed for the spread of disease on the show. It’s a phenomenon Asians and Asian-Americans are facing today in this country, as white people’s misplaced fear gets funneled into increasingly vitriolic racism against them.

In The Knick (as in real life back in the 1900s) typhoid is indeed running rampant through immigrant neighborhoods, killing thousands. But rather than being a result of eugenics-based “inferiority” — as the white upper-class Americans wish to believe — it is, of course, a consequence of the inhumane living conditions immigrants were forced to live in. (If you’ve visited the Tenement Museum in Manhattan, you’ll have seen that cruelty for yourself.)

Clearly, President Trump is pulling from a longstanding American tradition by blaming whatever “other” he can for his own government’s inability to implement basic public health and safety policies to protect the nation’s citizens from disease.

Inspired by the real-life case of Typhoid Mary, The Knick even has a running plotline around the first-ever discovery of an asymptomatic carrier of disease. She spreads the fatal illness like wildfire across the city, leaving several bodies in her wake even after she’s made aware of it, because she and the courts refuse to believe the science. Sound familiar?

The Knick is not without flaws. Despite being only five years old, the show hasn’t always aged well in its handling of issues related to race and mental health. Even some of its most evocative and revealing explorations of these issues come with the usual pitfalls of poor media representation.

Holland’s performance gives Algernon depth, and the complexity of his character speaks volumes. But the script spends far less time than it should on the experience of other black New Yorkers, and often uses their pain and suffering as fodder for interesting plotlines for the white characters. White characters, mind you, that too frequently get to be their saviors or are excused as “one of the good ones.” Meanwhile, immigrants like the Chinese and the Irish are relegated to offensive stereotypes.

I won’t lie to you: The Knick is not an easy watch, especially now.

Still, if you can get past these shortcomings, there’s a lot of resonance to be found in The Knick. It could’ve easily gotten away (like so many others have) with being a period drama that excuses itself for ignoring the diversity of New York City because “that’s just how it was back then.” Instead, it took risks, even if they don’t work out 100 percent of the time. It repeatedly goes out of its way to grapple with race in America, often landing on powerful, complicated insights that show the unchanging dark heart of this country.

I won’t lie to you: The Knick is not an easy watch, especially now. It is intellectually demanding, emotionally uncompromising, visually arresting. (Soderbergh was made for the Every Frame A Painting YouTube channel.) But for all it asks of you, it gives something immeasurably valuable in return. Maybe the cure to the numbness of pandemic paralysis is a show that reaches into your bloody chest cavity, grips your heart, and makes it beat again.

The Knick is available to stream now on Hulu or Amazon with Cinemax add-on.