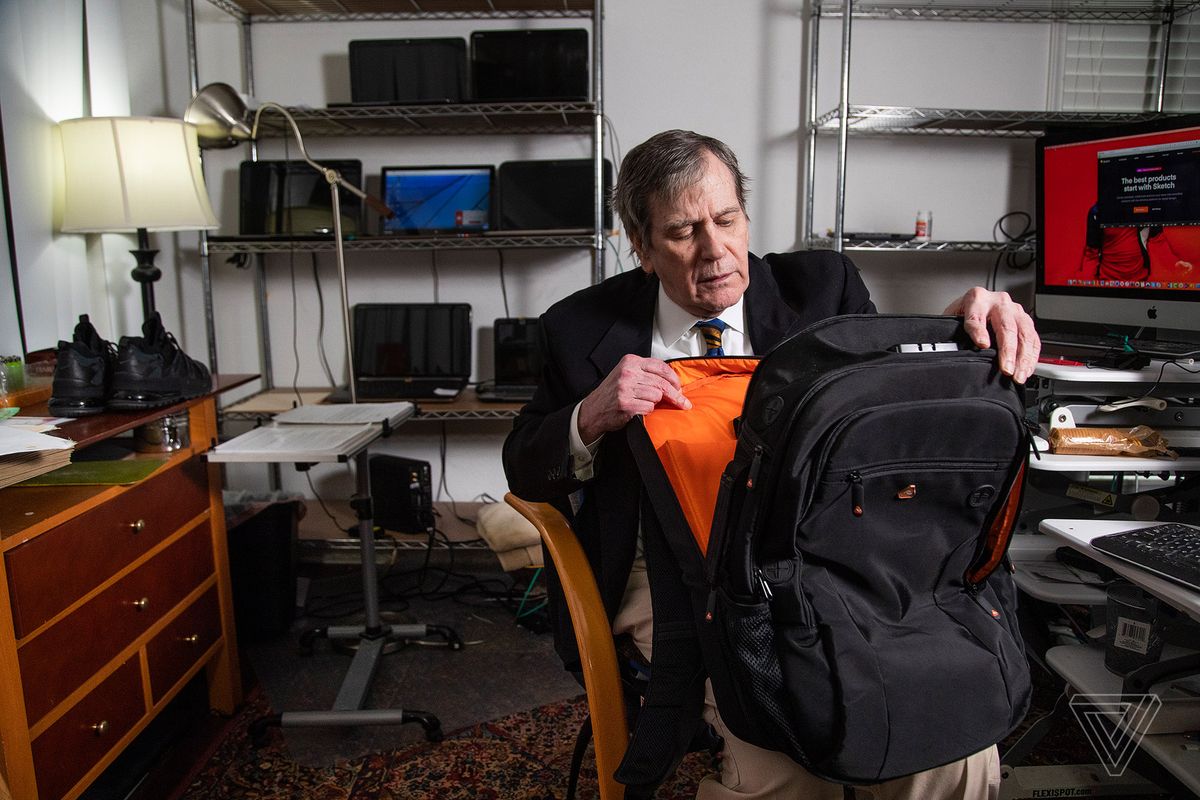 Doug Monahan, the creator of the failed iBackPack crowdfunding project, is settling with the Federal Trade Commission and has agreed to never crowdfund again. The agreement, filed today, comes after more than a year of back-and-forth between the agency and Monahan, who served as his own lawyer in the case. The FTC sued Monahan over claims that he misused the nearly $800,000 he raised on Kickstarter and Indiegogo to bring the backpacks to life and instead spent the money on personal expenses and bitcoin. The settlement expresses that Monahan doesn’t agree to any wrongdoing.

iBackPack launched on Indiegogo in 2015 and again on Kickstarter in 2016. Monahan billed it as a bag of the future that would “revolutionize” wearers’ lives. They’d be able to charge all their gadgets from the backpack, which also featured a built-in gun sleeve, Kevlar, RFID-blocking pockets, a Bluetooth speaker, and a mobile hotspot for a portable Wi-Fi connection. Thousands of people funded the bags across the two platforms.

Monahan told The Verge last year that he turned to crowdfunding after seeing the success of one of Kickstarter’s most notorious, failed gadgets: a cooler with a Bluetooth speaker, USB chargers, and a built-in blender. It raised over $13 million on Kickstarter and later sparked its own state investigation for failing to deliver units.

“I saw the Coolest Cooler, and I’m thinking, ‘Jesus, if people are going to give $14 million to a cooler for crying out loud that they only use every weekend, maybe, then what do they need?’” he asks. “They need a backpack. Everybody uses backpacks … I never in my wildest dreams thought I’d get $800,000 and have the FTC breathing down my neck calling me a lying, cheating, scumbag thief.”

Five years after first launching his campaign, few backers have received a bag. Monahan shipped a few beta units, but the vast majority of backers never got anything for the money they pledged. The backers organized themselves in a Facebook group with the mission of getting refunds and tracking down Monahan. The backers contacted the FTC, along with the Better Business Bureau, and dug into his past and dropped everything they found, like tax liens, his address, and his favorite Austin restaurant, in the Facebook group.

It resulted in the FTC suing Monahan. In May 2019, the agency alleged that Monahan was operating a “deceptive crowdfunding scheme” and had “used much of the funds for himself.” Monahan claims he did nothing wrong, and that businesses simply fail sometimes. He also blamed lithium-ion batteries and the recall of the Samsung Galaxy Note 7. The iBackPack saga occurred around that time, and Monahan said he didn’t feel comfortable shipping the batteries because someone could have died.

In an interview with The Verge earlier this year, Monahan said he was considering a settlement so long as he had permission to eventually ship the backpacks to his backers. Today’s settlement stipulates that he’s allowed to do so, but without asking for more money from the backers or using crowdfunding. The settlement also suggests that backers won’t receive a refund for their backpacks. The monetary judgment of $797,502.20 is suspended, the settlement states, so long as Monahan accurately represented his financial status to the agency.

The judge still has to sign off on this settlement, but both parties have agreed to it. This settlement also ensures that Monahan keeps the agency aware of his whereabouts and retains records related to his businesses for the next 20 years.

This makes iBackPack the second crowdfunding campaign to ever settle with the FTC. The agency only once before investigated a creator, Erik Chevalier, who raised more than $122,000 for a board game and later sold backers’ data to outside firms. The game never shipped. The FTC settled with Chevalier for close to $112,000 and ordered him to stop disclosing or benefitting from customers’ personal information.

Monahan’s case will likely serve as a point of reference for crowdfunding gone bad. Many times, crowdfunded gadgets don’t ship or are delayed for years, but few reach the point where the FTC feels like it should and can step in to give backers clarity and justice.