‘The Office’ Is Playing Out on Slack—and That’s Sad 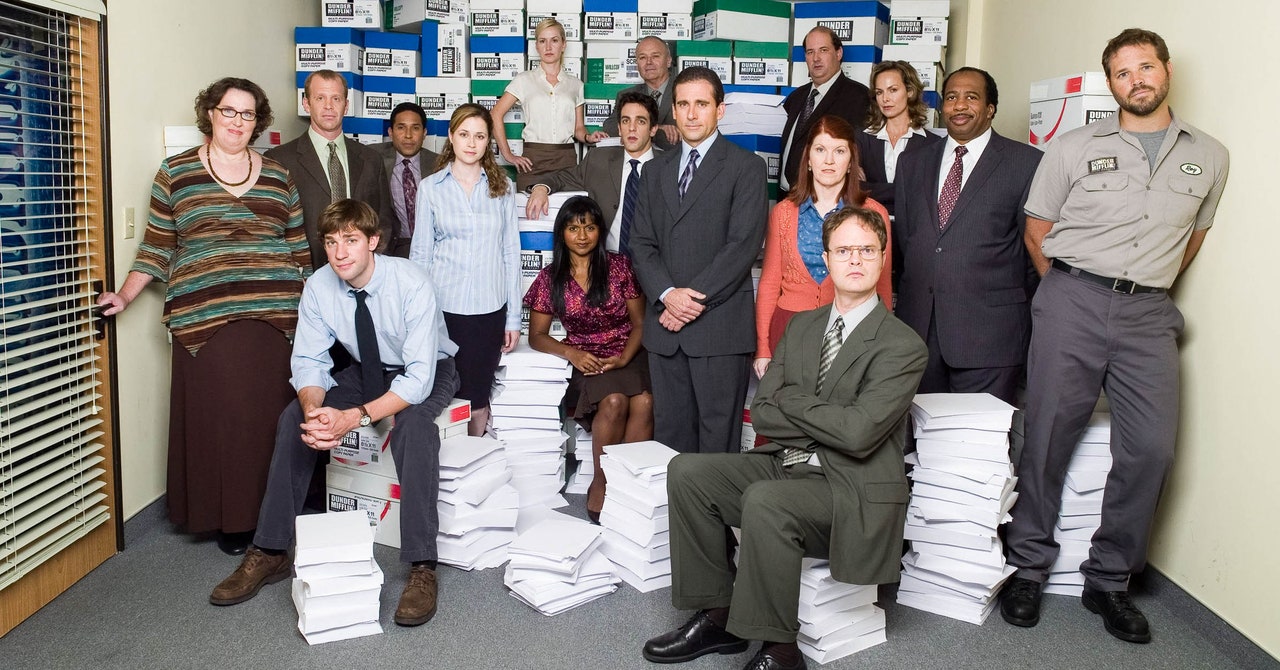 After some eight years on TV, the US version of The Office aired its series finale on May 16, 2013. Slack, the messaging platform now favored by actual offices around the world, launched almost exactly three months later, effectively rendering the kind of workplace humor The Office traded in—outbursts by coworkers, awkward silences, communal birthday cake—moot. Slack has made a lot of work (and a lot of gossip) so much easier, but what it’s changed is colleague camaraderie. Don’t believe us? Just log into The Office (Slack).

On the surface, The Office (Slack) is a wildly ambitious project. Operated by the collective MSCHF, an internet virality-chasing collective specializing in “structured chaos,” it’s an attempt to re-create every episode of the NBC comedy in a Slack channel, from 9 am to 5 pm ET every weekday until they’ve done all nine seasons. Bits of dialog are typed out; sight gags are turned into GIFs. Anyone—even you!—can join. There are rooms for #pranks and #worlds_best_boss. It’s fun to watch, and probably speaks to what would happen at Dunder Mifflin if it were an actual company operating right now. Put another way, it’s terrible television—and an odd reminder of what so many people are missing while working from home.

MSCHF never intended any of this; the collective started on the project before the coronavirus pandemic hit. Yet it speaks volumes about the visceral nature of work dynamics. Many of the best gags on The Office, and many of the best moments in offices in general, are the shared glances between colleagues, the laughs shared over puns made in meetings. (Oh. Are puns a WIRED thing? Never mind.) In the seven years since Slack became the de facto workplace messaging app, many of those things have moved to DMs and channels dedicated to cats, but there is a part of vocal, in-person collaboration that has shifted, possibly permanently, and that’s only getting more entrenched now that Covid-19 has turned everyone’s coworkers into potential vectors of disease. Slack—and, for that matter, Zoom—are saving as many jobs and lives as they can, but they’re shadow replacements for watercooler conversations.

Make no mistake: Thanks to Slack, Zoom, email, Gchat, whatever, companies and their workers have been transitioning to WFH strategies for nearly a decade. Working from home is nice sometimes, and not everyone likes talking to their coworkers (or being talked at by them). One of the biggest pitfalls of open office plans is the fact that privacy can be hard to find, and concentration is tough with so many conversations swirling in the air. Eight weeks into quarantine, though, it’s easy to start missing the three-dimensional faces of one’s coworkers—even the annoying ones, even the Dwight Schrutes. If The Office (Slack) is indicative of anything, it’s this, if for no other reason than watching The Office play out on Slack can make one really wish they were watching The Office on TV.

© 2023 medi furbaby. Sebastianus & afra köln 2012 e. The suggestion of action you should take every day to constantly generate sales and income.