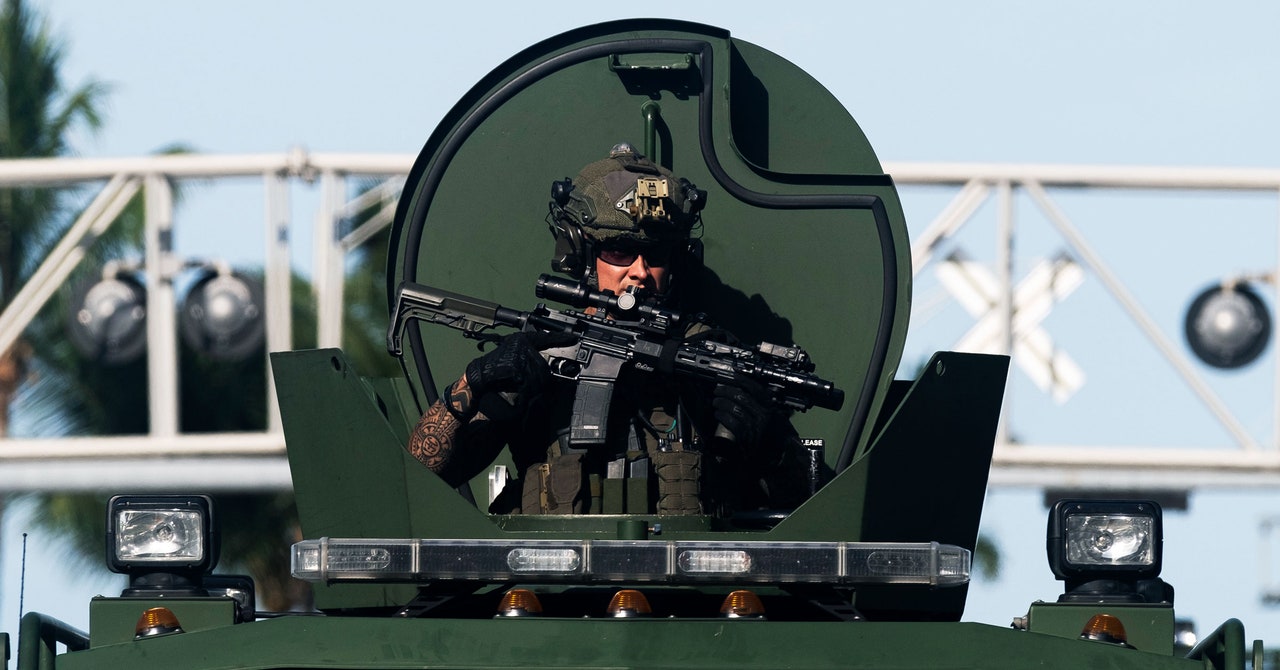 The images of this past week are both inescapable and indelible: protesters flooding the streets of cities across the United States, met by police forces equipped with full body armor and tactical vehicles that vaguely resemble tanks. The local law enforcement responding to even nonviolent protests has often looked more like the US Armed Forces—and that was before President Donald Trump deployed an actual military police battalion against peaceably assembled US citizens in the nation’s capitol Monday. That’s no accident.

It’s easy enough to buy tactical gear in the US, and the Homeland Security Grant Program has funneled billions of dollars to law enforcement agencies to acquire military-grade equipment. But for decades, a primary driver for why it can be so hard to tell a National Guard troop from a local cop has been the Department of Defense itself, through a program that has parceled out everything from bayonets to grenade launchers to precincts across the country.

Created as part of 1997’s National Defense Authorization Act, the 1033 program allows the Department of Defense to get rid of excess equipment by passing it off to local authorities, who only have to pay for the cost of shipping. (A precursor, the slightly more restrictive 1208 program, began in 1990.) According to the Law Enforcement Support Office (LESO), which oversees the process, over $7.4 billion of property has been transferred since the program’s inception; more than 8,000 law enforcement agencies have enrolled. Much of that inventory is perfectly ordinary: office equipment, clothing, tools, radios, and so on. But the haul also includes some of the so-called controlled equipment—rifles, armored vehicles, and so on—that have helped create such a spectacle of disproportion.

Those displays are not unique to the current protests against police brutality, either. The militarization of the American police, and the 1033 program specifically, began attracting wider scrutiny in 2014, after the Black Lives Matter protests in Ferguson, Missouri.

Proponents of the 1033 program say that it keeps cities safer. Detractors say the distribution of controlled items actually increases police violence. Widely circulated studies have argued both sides. But those who have examined the 1033 program in depth more recently argue that the real problem is that no one knows for sure either way, because years of lax record-keeping have made a hash of the underlying data.

“The federal government doesn’t really keep track of a lot of this equipment that goes to local law enforcement agencies,” says Anna Gunderson, a political scientist at Louisiana State University who coauthored a 2019 study that examined the effects of the 1033 program on crime rates. “The agencies themselves are inconsistent in keeping track. That just makes it really difficult for anyone to try to learn about the program or study it to try and analyze it, because we don’t have a very clear understanding what kinds of equipment actually are in the hands of these agencies.”

“Our research suggests that officers with military hardware and mindsets will resort to violence more quickly and often.”

The LESO does maintain a spreadsheet detailing to whom it has distributed property over the years. When asked about complaints of inconsistent records, a spokesperson for the Defense Logistics Agency, which oversees LESO, noted that the agency changed accounting systems in 2013 to allow state coordinators and law enforcement agencies to identify and track what they receive. That switch, and spotty record-keeping beforehand, has confounded efforts to understand the impact of a program that has helped transform law enforcement in America.

“The DLA did not archive active inventories prior to 2014. They also did not archive information about transfers of equipment and destruction of controlled equipment during that time. LEAs themselves typically only retain records for a few years, subject to their own local-level record keeping requirements,” says Kenneth Lowande, a political scientist at the University of Michigan whose research includes the 1033 program. “Some of this can never be fixed. You can’t re-create records that are lost.”