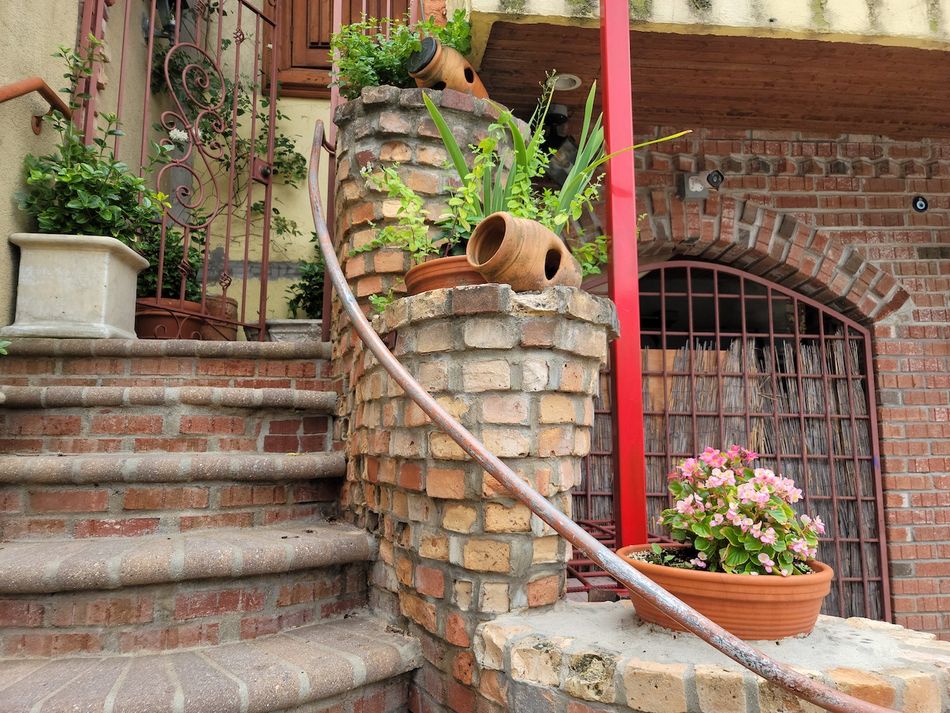 Let’s face it, cameras have become one of the most used (and beloved) features on our smartphones. Whether you’re video chatting with friends and family, or taking some quarantine selfies (very guilty) for Instagram, that camera app is likely always running in the background.

So, when it comes to choosing a new smartphone, you want to make sure you’re getting a device with solid imaging bona fides. I mean, looking our best in the digital realm is now just as important as in-person, so this decision can be a tough one.

If you’re looking for the next best thing, there are really only three options to consider right now: Samsung’s Galaxy S20 Ultra and the new Note 20 Ultra, and the iPhone 11 Pro.

What makes these three phones so special?

For Samsung’s S20 Ultra and Note 20 Ultra, it’s all about the phones’ impressive 108-megapixel rear-facing camera. There’s also the company’s Space Zoom feature to consider, which combines optic zoom technology with software-based, AI-powered digital zoom to give you paparazzi-like reach.

While I’m not sure this latter feature will necessarily impact your decision either way, it’s at least worth mentioning that the S20 Ultra allows you to zoom up to 100x on a subject, while the Note 20 Ultra offers up to 50x zoom. It sounds ridiculous in theory, but that zoom could come in handy — if you happen to be applying for a job as a paparazzo or maybe just want to spy on your noisy neighbors.

The iPhone 11 Pro, on the other hand, features three 12-megapixel lenses on its rear camera. And, while that doesn’t seem as spectacular as what Samsung’s managed with its latest flagships, Apple’s hardware and software offer tons of on-device camera features to help enhance the quality of the shots.

The cameras on all three phones certainly sound impressive on paper, but specs alone can’t tell you whether or not these sensors can deliver crisp and clear photos. So, I took the guesswork out of it for you. Seeing as how I now have the Note 20 Ultra, S20 Ultra, and iPhone 11 Pro in my possession, I figured I’d take some sample shots using all three to see if there are any notable differences. Here’s what I found.

The Note 20 Ultra has a 108-megapixel wide-angle sensor that you can toggle on to provide you with a higher-resolution image. When disabled, it defaults to a 12-megapixel sensor instead.

Essentially, you get better dynamic range (read: contrast) with the 12-megapixel camera, so it captures details like highlights and shadows better. But the 108-megapixel sensor gives you an image with more detail.

Here’s an example of an image taken using the 108-megapixel sensor on both Samsung phones:

The Note 20 Ultra delivered a super crisp and clear shot that doesn’t look oversaturated in certain areas. Considering this is an issue I’ve had with the S20 Ultra, it was a pleasant surprise to see the colors were a lot more balanced overall.

You can see an example of that oversaturation in the photo above. While the plants look fairly similar in color to the Note 20 Ultra, you can see the biggest difference in the bricks, particularly in the background. On the S20 Ultra, they’re not only sharper but also lighter in color.

Then, there’s the shot from the iPhone 11 Pro as seen below.

Additionally, here are some examples of ultra-wide-angle shots:

It’s a lot easier to see that example of over-sharpening in the photos above and below. While the sky, clouds, and trees look really similar in color, the photo taken with the Note 20 Ultra looks a bit more washed out.

Meanwhile, on the photo taken with the S20 Ultra, the colors look slightly artificial. There’s a lot of saturation within the darker colors, which you can mainly see when looking at the shading on the bricks.

As usual, the iPhone 11 Pro produced a more true-to-life image that mostly mimics what you’d see in front of you.

Both the S20 Ultra and Note 20 Ultra have a Night mode feature for photos in low-light environments. It uses multi-frame processing to combine 30 images into a crisp shot. The iPhone’s Night Mode works similarly, with sensors that analyze how much light is available to determine how long the shutter should be open.

The petals in the above Note 20 Ultra shot look a lot more realistic, whereas in the image taken by the S20 Ultra below, they seem way overprocessed. But the S20 Ultra did capture clearer results towards the bottom of the vase, which looks a lot sharper than on the Note 20.

Overall though, both Samsung phones managed to do a better job at enhancing the brightness of the shot than Night mode did on the iPhone 11 Pro.

Of course, with the iPhone, it does leave more freedom for post-editing. Overall, I prefer the look achieved by the Note 20 Ultra. It’s a vibrant image that doesn’t look too overprocessed and feels a lot easier on the eyes.

Both the S20 Ultra and Note 20 Ultra phones come with Samsung’s Space Zoom feature. While I’m not sure why anyone would need 50x zoom (or 100x zoom), other than those who want to creep in on people’s windows (or possibly their exes), I did test it out below.

There isn’t that big of a difference between these two shots, but it’s clear the lettering on the photo taken with the Note 20 Ultra appears clearer.

I’ll continue to test the feature for the full review of the Note 20 Ultra, but I anticipate that, as with both the S20 and the S20 Ultra, 30x zoom will be the sweet spot. When using both those phones, I found that images zoomed in at that exact level of magnification were the most impressive in terms of quality.

Again, I really don’t find myself needing to use 50x zoom on anything. In a non-COVID world, I’d say this feature would probably be useful at concerts when you’re not all that close to the headline act. However, since those aren’t as common nowadays (there are unfortunate exceptions), you might not get much use out of it.

With Samsung’s Live Focus feature, you can adjust the blur in the background to allow for the subject to stand out more. The iPhone also has the same feature, but Apple calls it Portrait Mode.

I actually laughed out loud at my first attempt at a Live Focus shot on the Note 20 Ultra because I realized I probably shouldn’t have placed a clear straw in front of a window. So I’m not going to fault either of Samsung’s phones for something that was clearly my mistake.

Aside from that, the shots look super similar in terms of sharpness and color. The copy on the sleeve does look a little too fuzzy for my liking on both, though.

Okay, I’m definitely going to fault the iPhone 11 Pro for that straw situation. I mean, it looks like I photoshopped it out completely. I also want to point out the darker colors and shades in the shot above are a lot closer to what you would’ve seen in real life.

The iPhone 11 Pro shot also just looks a lot sharper and brighter all around, in comparison to the ones taken on Samsung’s phones.

I’ll have a much more in-depth review of the Note 20 Ultra soon, but for now, I’m extremely content with its camera setup. Its image processing offers a middle ground of sorts — shots appear more balanced and less oversaturated than they do on the S20 Ultra, so it’s a lot easier on the eye.

Of course, this does also come down to preference. If you’re not a fan of even the slightest bit of saturation, then you might want to opt for the iPhone 11 Pro with its more realistic colors and post-editing options.

For now, I’d say the Note 20 Ultra would be my go-to pick of the three. It’s capable of brightening all the right colors while still keeping a realistic element that doesn’t look over-edited.

That said, I still have quite a bit of quality time to spend with the Note 20 — I’ve got plenty of selfies to take, some poses I’ve been practicing for Live Focus shots, and plenty of people to video chat with. So, we’ll see if it does the job of fueling my narcissistic tendencies.