The Video Lynching of Ahmaud Arbery 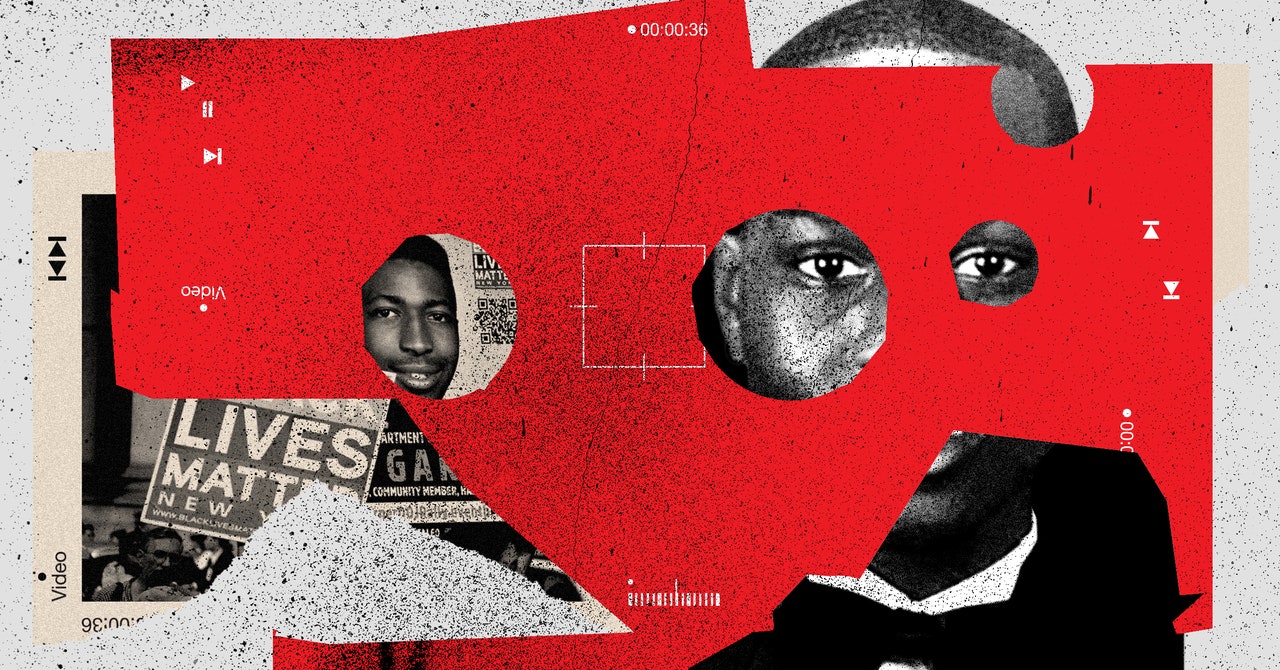 Lush, slanting trees drape a concrete tongue of Georgia road as a vehicle slowly motors along. From the driver’s seat, a man attempts to steady his camera, recording the sight before him, but balance is difficult to achieve. In its beginning exhales, the camera tilts left, then up, and slopes right before tilting down again and finding what little equilibrium it can. In Trump country, the sight of a black man jogging is both obsession and threat.

As the car crawls to a stop, the first gunshot rings out. There is an eeriness to what is happening with and in the video: Everything, not just the angle of the camera, feels off balance. There are more echoing gunshots, an intense skirmish, and then one final, crippling discharge. Flesh cracks, crackles. The jogger drops to the pavement. Air escapes his body. A black man has just been lynched in the street.

His name was Ahmaud Arbery. He was 25.

Were it not an accepted practice, so deeply and unavoidably stitched into American history, the killing of Arbery might register as surprise. Were he anything other than black and male and breathing, it is likely the encounter would have never escalated as it did. It did not matter that he was unarmed; this is how things work.

When video of Arbery’s pursuit was released online last week, it again revealed the perversity of the US justice system and its sickening slowness to do anything right. Whiteness is an evasive beast in a country that mostly seeks to reward its misdeeds. For two months, Arbery’s alleged killers—Gregory McMichael and his son, Travis—walked free. It is said they believed Arbery, an avid jogger, was behind a string of break-ins in the area of Brunswick, Georgia, where he was seen running that day. This was all the justification the McMichaels apparently needed, even as the allegation has yet to be corroborated by police. The elder McMichael is a former investigator who worked with the Brunswick district attorney’s office, which was one of the reasons two prosecutors recused themselves from the case, slowing the process, although I have a hard time believing other racially rooted factors were not at play.

In America, justice for black people often requires an accelerant—your story alone is never enough—and the decision by one local lawyer to leak the graphic video was just that. Arbery’s last moments are now public record: trending on social media and national TV, making headlines in local news. I first came across mention of his killing on Twitter, where, like on Instagram and Facebook, black death and virality go hand in hand. Wearing a Polo hat, Arbery smiled back at me. “I was murdered by two men and my killers have not been arrested,” the image read. “Please do not forget me.” As public indignation mounted, the Georgia Bureau of Investigation took over the case. Authorities arrested the McMichaels late last week and charged them with murder and aggravated assault. On Monday, Georgia’s attorney general, Chris Carr, tapped Joyette M. Holmes, district attorney of the Cobb County Judicial Circuit, to lead the prosecution on their case.

I never needed to watch the video to know its outcome, its grim end. “Preserve and protect your psyche,” a friend texted me when I told him I hadn’t seen it yet. “This shit really could be any of us at any time.” Since the rise of personal video technologies, particularly the smartphone camera, modern lynchings of black men and women like Arbery’s have been captured with nauseating frequency. White men killing black people is not a new invention of this age, but the power of documentation is.