There Are Rumors ‘Kingdom Hearts’ Is Getting a Disney+ Show 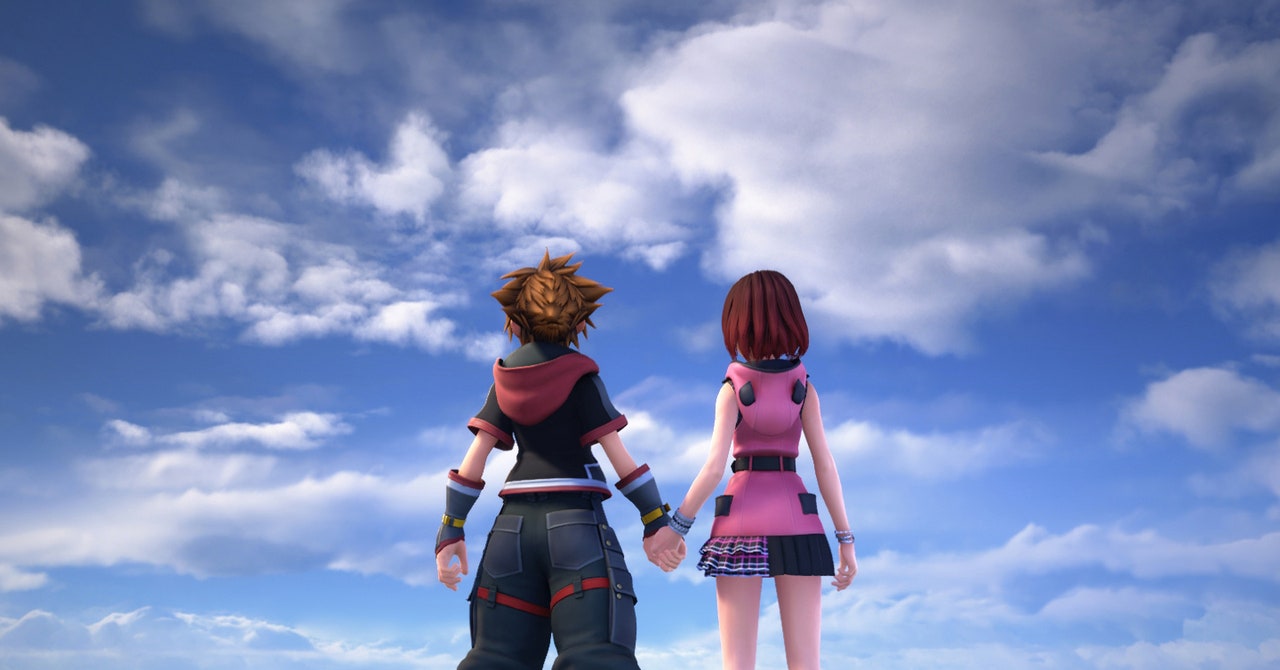 Greetings, and once again welcome to Replay, WIRED’s rundown of all of the week’s big videogame news. This week we have tidbits about Kingdom Hearts, Fortnite delays, and Half-Life: Alyx. Let’s hop right in.

There Are Rumors Kingdom Hearts Is Getting a Disney+ Show, Which Is Wild

We all knew Disney was pulling out all the stops to get good content for Disney+, the company’s streaming service. But this is … not where anyone expected them to go. According to a report on IGN, several sources are independently claiming there’s a Kingdom Hearts TV show in development for the platform. Yes, the madcap action-RPG franchise that began as an odd love child of Final Fantasy and Disney movie nostalgia might soon be a TV show.

According to the rumors, a pilot is being developed in the Unreal Engine—which the most recent game was also made in—by Square Enix, meaning that the same folk who are responsible for the twisty, existentialist, vaguely emo plotlines of the original series are likely still in charge of whatever this iteration will end up being. Will this be a whole new adaptation, or some deep-lore iteration that takes place in between two of the games and makes absolutely zero sense to anyone who hasn’t played Kingdom Hearts? If fans are really lucky, it’ll somehow be both.

Fortnite‘s Next Season Is Delayed. Again

Eventually, Fortnite content will continue. The third season of the game’s Chapter 2 has been delayed for the second time, though this time is, fortunately, far shorter than the last. As reported by PC Gamer, the update, which was originally delayed from April to June, is now being pushed back June 4 to June 11. Fortnite updates tend to be pretty big, often coming with reality-shaking events that substantially change the architecture and metagame of the island. Like, for example, the the end of the first season, which entirely rebooted the game by briefly destroying reality and bringing the whole game offline. This new chapter will likely not be nearly as earth-shattering. But maybe it’ll bring a cool new concert venue!

Half-Life: Alyx Put Liquid in Its Bottles, Which Is Way Cooler Than It Sounds

The latest update to Valve’s showcase virtual reality title, Half-Life: Alyx, puts liquid inside the various in-game bottles. No, seriously, that’s notable! As reported by Rock Paper Shotgun, that sort of detail mean everything in a game built in part as a wonderful opportunity to poke around and look at stuff in a VR environment. Being able to experience realistic liquid physics in a game, from up close, is a really fascinating and unique experience. The new update also improves the game’s mod support and some other stuff, but, like, whatever: When you throw a bottle, stuff will spill out of it. That’s dope.

Recommendation of the Week: Dishonored: Death of the Outsider on PC, PlayStation 4, and Xbox One, by Arkane Studios

Death of the Outsider is, for my money, the best game in the Dishonored franchise, a series focusing on stealth and supernatural power in a lushly detailed urban fantasy world, all steampunk and whaling and the constant hint of something deep and powerful beneath the foundation of reality. It’s also a really great series for stabbing oligarchs and offering worse-than-death punishments to real evil people. Out of the three games, this one has the best protagonist, a really cool ability set, and some of the best level design. A shorter, more spry introduction to the series, this is the one I’d recommend you check out on Arkane’s 20th anniversary as a studio this week. Even if it has some narrative baggage from the other games.