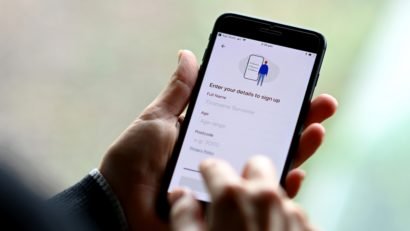 Star Trek fans might be forgiven for thinking that its upcoming return to the world of animation’s more light-hearted tone means that Lower Decks won’t take on the dramatic weight of being prime-timeline canon. It’s kind of what some Star Trek fans do with literally anything they’re uneasy about when it comes to Trek. But good news: It totally will have a place within Trek’s timeline.

Speaking to Inverse recently about the status of the series—as part of a wider feature on his work for Rick and Morty and his new Hulu animated series with Justin Roiland, Solar Opposites—creator Mike McMahan iterated that Lower Decks is an official canonical entry into the Star Trek pantheon. It’s set during The Next Generation era, to boot.

But Lower Deck’s whole schtick in following the lower-ranked officers of an already pretty low-key Federation starship means that you’re not really watching that canon Star Trek show. You’re watching what is basically the equivalent of that hypothetical Trek show’s B-plots. Or really, its B-plots’ B-plots.

“Within Lower Decks, there is a proper in-canon Star Trek show,” McMahan explained. “It takes place during the TNG era. It’s on a ship that feels like it’s always existed there and the bridge crew is dealing with big, never-before-seen Starfleet Star Trek-type stories. So every episode has a thing like that happening in it. And then, on top of that, we’ve got A stories and B stories that are emotionally driven from the point of view of the lower deckers on the ships. So it was an area of storytelling that people had covered every once in a while on Star Trek, but never built a show around.”

It’s an idea reflected in the case of Lower Decks itself—the primary cast of characters we meet aboard the U.S.S. Cerritos are its ensigns, while the supporting cast is made up of the bridge crew we’d typically follow in a Star Trek show, the captain, the chief medical officer, the commanders and chiefs of security and what have you. But just because it’s taking this inverse approach, and doing so with the intent of humor, doesn’t mean Lower Decks won’t expound upon the stories and ideas Star Trek has always put at the heart of its storytelling.

So yes, you’re really getting a brand new canon entry into Star Trek with Lower Decks. You’re just…watching it from a very different point of view. We’ll no doubt find out more when Lower Decks premieres on CBS All Access sometime later this year.