These Bacteria Ate Their Way Through a Really Tricky Maze 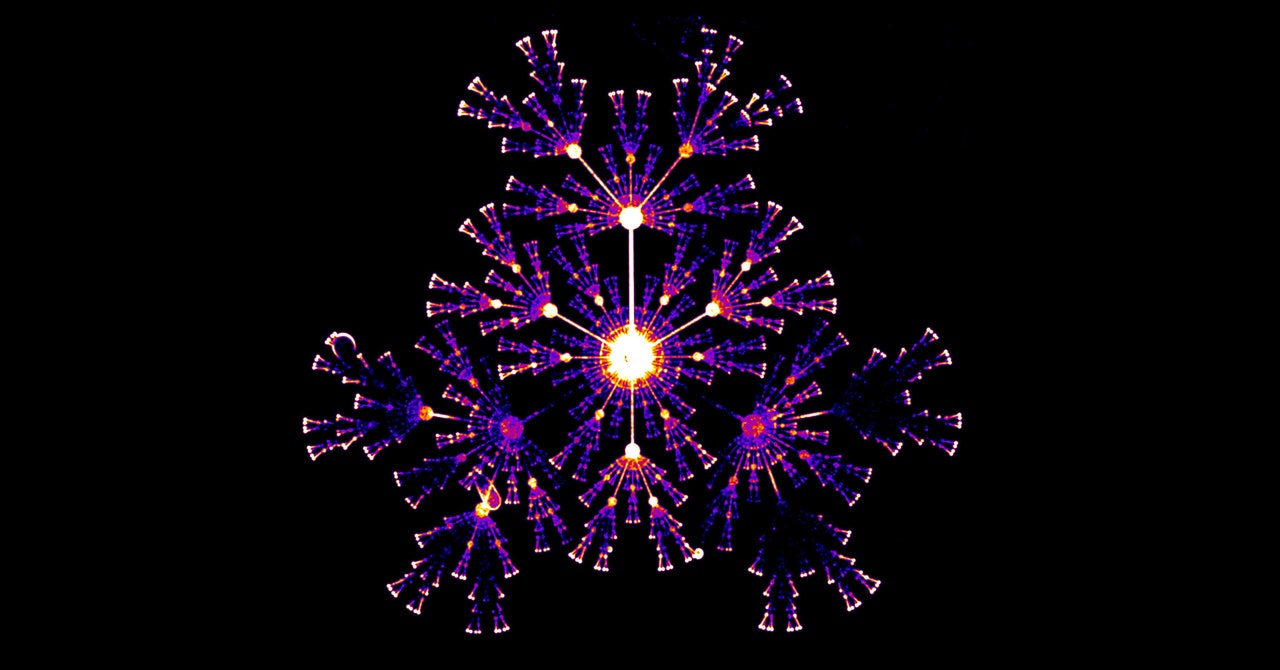 To be sure, the challenge was just a thought experiment—Phan wasn’t about to actually start planting Versailles-scale hedges and throw his boss in the middle of it. But Phan, Austin’s graduate student, took the assignment to heart. He gave Austin a few easy puzzles to start, to learn Austin’s maze-solving strategy. “When he hit a dead end, he just traced his path back, which is a very traditional way to solve a maze,” says Phan. “So my idea was: How about a maze with no dead ends?”

In Phan’s final blueprint, wrong paths merge into other wrong paths, with the goal of throwing even the most patient navigator into an infinite loop of despair. “Inside that maze, you don’t know where you are,” says Austin. “I don’t know how long it would take me to solve that maze from the inside, because you can end up going in circles.”

But Austin wasn’t actually the intended player of this game, and designing the maze was only the first step in answering a bigger question about how organisms solve problems. In fact, the lab’s true maze runners are bacteria, which Austin and Phan are studying to learn about the microbes’ collaborative abilities. Phan came up with the idea of a maze test “to see how smart these bacteria really are,” says Austin.

Curiously, bacteria—single-celled organisms that are among the simplest living things—are well known for working together, creating problem-solving units that are more than the sum of their parts. For example, to protect themselves from your immune system, the bacteria in your mouth will unionize to form a film on your teeth known as dental plaque. Myxococcus, a type of bacteria that lives in soil, forms thread-like networks between microbes so that they can hunt prey in a pack. Many bacteria, including E.coli, are also capable of communicating among themselves to determine if microbes nearby are their own species or an enemy, by exchanging certain chemicals in a process known as “quorum sensing.”

In Phan’s case, he wanted to see if the bacteria could navigate his labyrinth. So in the next phase of the research, a colleague etched Phan’s winding pathways on a small silicon chip, and the researchers trapped around 10 E.coli bacteria in the center. Then they flooded the chip with the bacteria’s favorite food, a broth that “smells like chicken soup,” according to Phan, and then observed them through a microscope.

In a new paper accepted to Physical Review X, his team showed that bacteria succeeded at the task as they ate—and reproduced—their way around the maze. (By the end of the experiment, the 10 bacteria had become more than a million.) As they cleared paths of food, the E.coli tended to move toward unexplored, broth-rich areas, which ultimately helped them evacuate the maze. It took about 10 hours for about 1 percent of the multiple generations of bacteria to collectively solve the puzzle. That may not sound fast, but it’s five times faster than if the organisms had just been swimming around randomly, says Phan.

In addition to running that maze, Phan confined the bacteria to the center of a different puzzle, a tree-shaped trap resembling the fractal-like structure inside human lungs that had no exits. The motive of this experiment was to study how the bacteria would behave when facing a dead end. They found that the bacteria would quickly get trapped in the smallest branches of the fractal, but then, unexpectedly, they would build up in clumps and collectively launch themselves in waves out of the dead ends. The wave behavior seemed to arise from inter-bacterial communication, with the microbes responding to chemicals emitted by their compatriots. “The bacteria definitely work together,” says Phan.